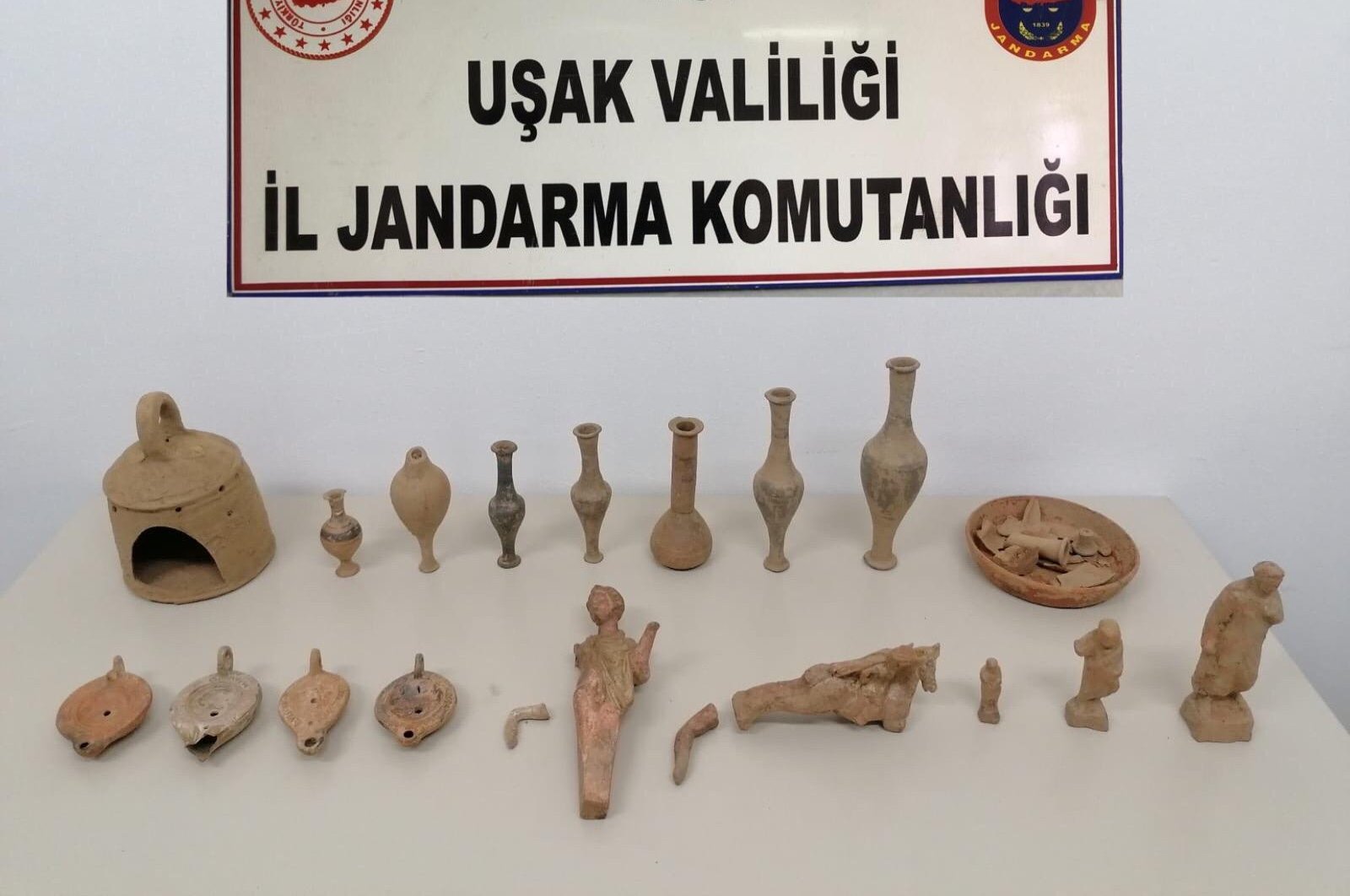 Turkish authorities found 18 smuggled historical artifacts dating back to the Hellenistic and Roman periods during a search of two vehicles in western Turkey Monday.

The provincial gendarmerie command had received a tip-off that artifacts were being smuggled from western Izmir province to Uşak province and, as part of their investigation, gendarmes stopped two cars at a checkpoint in Uşak.

In a search carried out on the vehicles, the gendarmes seized 18 ancient artifacts.

The items included earthen lamps, figurines and trinkets, thought to date back to the Hellenistic and Roman eras.

The drivers of the cars were detained but later released by the court.