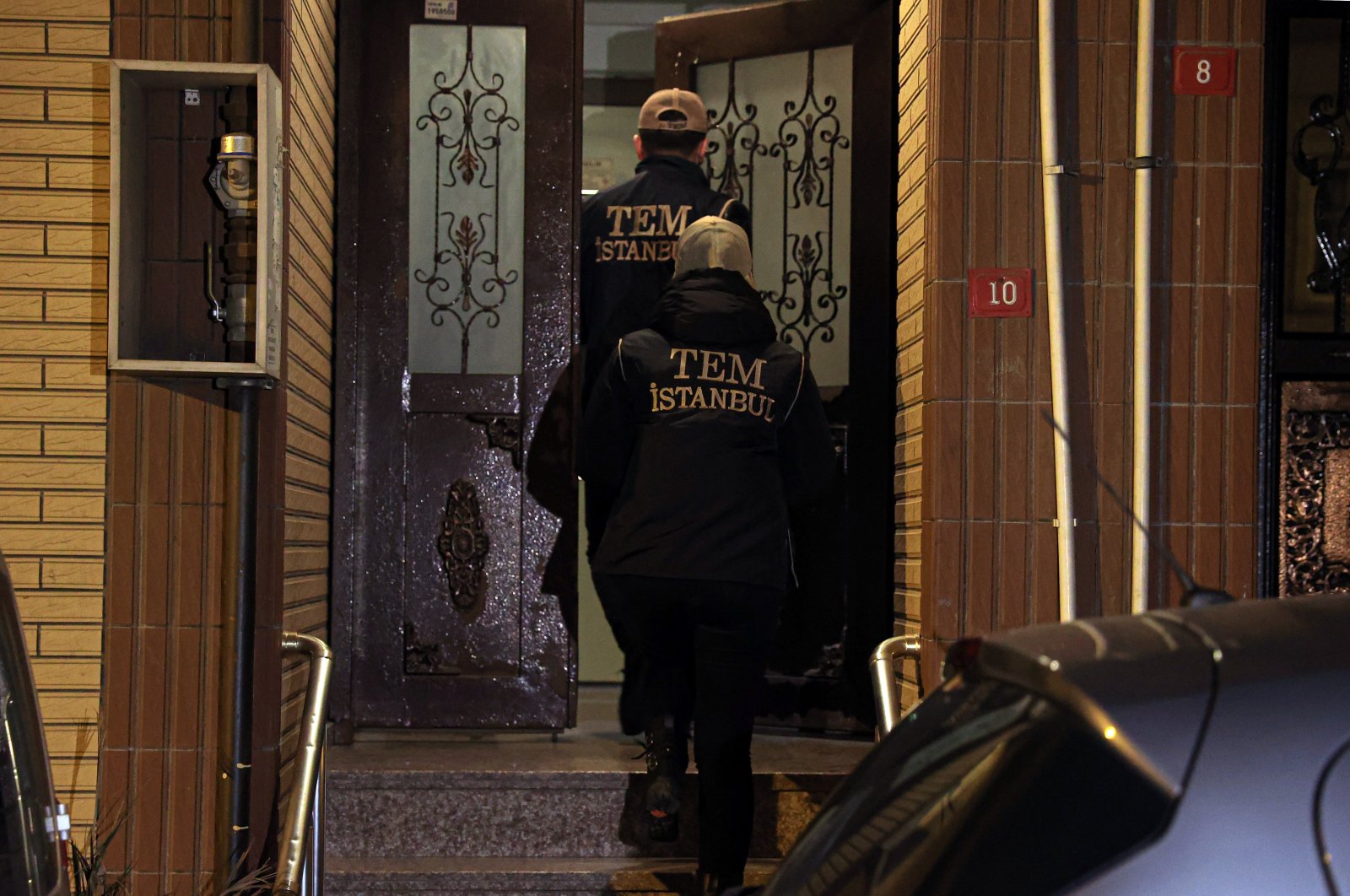 Turkish security forces, as part of ongoing operations, arrested 27 more suspects Wednesday for their alleged links to the Gülenist Terror Group (FETÖ), which was behind the July 15, 2016 coup attempt thwarted by strong public resistance.

In the capital Ankara, six more people were arrested as part of an operation that netted 21 suspects Tuesday. This came after arrest warrants were issued Tuesday to nab a total of 37 suspects, including six "covert imams" – FETÖ's secret handlers for infiltrators in various places and sectors – and 31 doctors, as part of an investigation into the terrorist group's infiltration into Gülhane Military Medical Academy (GATA). Fourteen of the doctors, who stand accused of periodically making contact with terror affiliates via payphones and landlines, were on active duty.

Separately, 21 more suspects were arrested in the western province of Izmir as part of an operation against the terrorist group's presence in the Turkish Armed Forces (TSK), raising the total number of arrested to 250 since Tuesday when the first wave of operations was launched in the same probe. Prosecutors in Izmir province had issued warrants on Tuesday for 304 suspects, including 295 active-duty personnel of the TSK. The suspects are accused of communicating by payphone with covert imams, who are senior FETÖ members. The Izmir-based operations are ongoing in the search for the remaining 45 suspects in 50 provinces.

FETÖ, led by Fetullah Gülen who currently lives in the United States and is implicated in a long list of trials against the terrorist group, orchestrated the coup attempt four years ago with the aid of its military infiltrators, who are accused of killing 251 people and injuring nearly 2,200 others during the putsch bid. It was the latest in a string of coup attempts and other efforts by FETÖ to harm the elected government.

The group, which is accused of planting infiltrators throughout Turkey's governance structure, from the judiciary and law enforcement to the military, was also responsible for carrying out two coup attempts disguised as anti-graft probes in 2013. After a plot by FETÖ-linked judiciary members and police chiefs targeting people close to the government in so-called corruption probes were uncovered, the group faced heightened scrutiny. Yet, it was not until the 2016 coup attempt that FETÖ saw the biggest crackdown against its activities. Tens of thousands of people have been detained and arrested for their links to the terrorist group in operations carried out in the aftermath of the failed coup attempt.