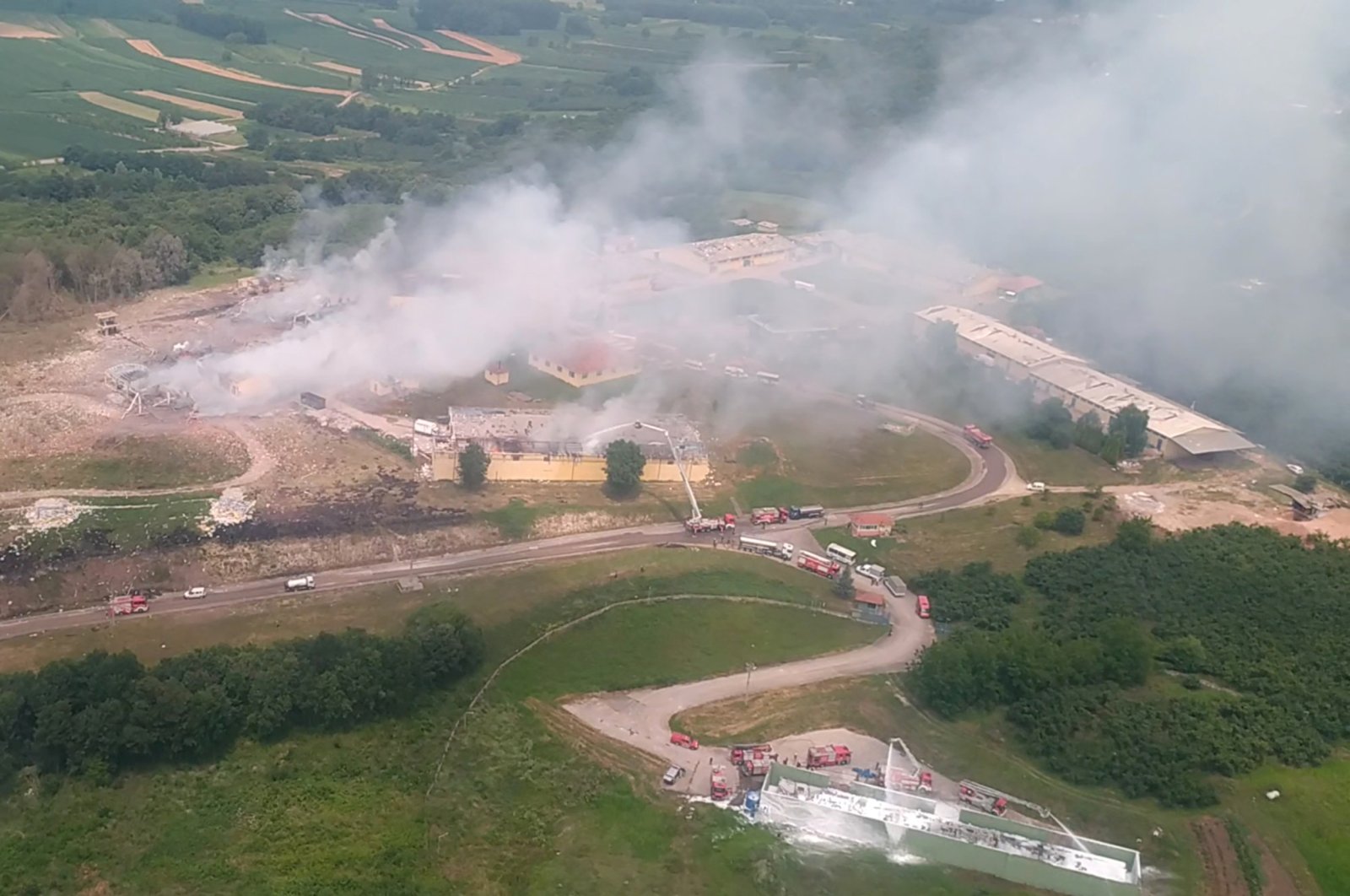 This screengrab taken from video shows an aerial view of the firework factory following a blast is seen from a helicopter, in Hendek, Sakarya province, July 3, 2020. (Interior Ministry via Reuters)
by Agencies Jul 04, 2020 6:41 pm

Turkish authorities have detained three staff members at a fireworks factory after blasts and a fire killed at least four people and injured 114 others.

Prosecutors in the northwestern Sakarya province issued warrants for the factory manager in charge and two foremen. The suspects were being held at the gendarmerie command in Hendek district where the factory is located, some 183 kilometers (114 miles) east of Istanbul.

The investigation of the incident continues, the prosecutors said.

On Friday, a fire erupted following several massive explosions at the country's largest fireworks factory. At least three people are still missing. The fire was brought under control with the help of two helicopters and a plane only six hours after the blast.

Health Minister Fahrettin Koca warned residents in the area Saturday to wear masks and stay inside to reduce the risk of inhaling toxic smoke.

Residential areas are located 3 kilometers away.

The factory had 110 tons of explosives in its depots, Sakarya Governor Çetin Oktay Kaldırım said Friday.