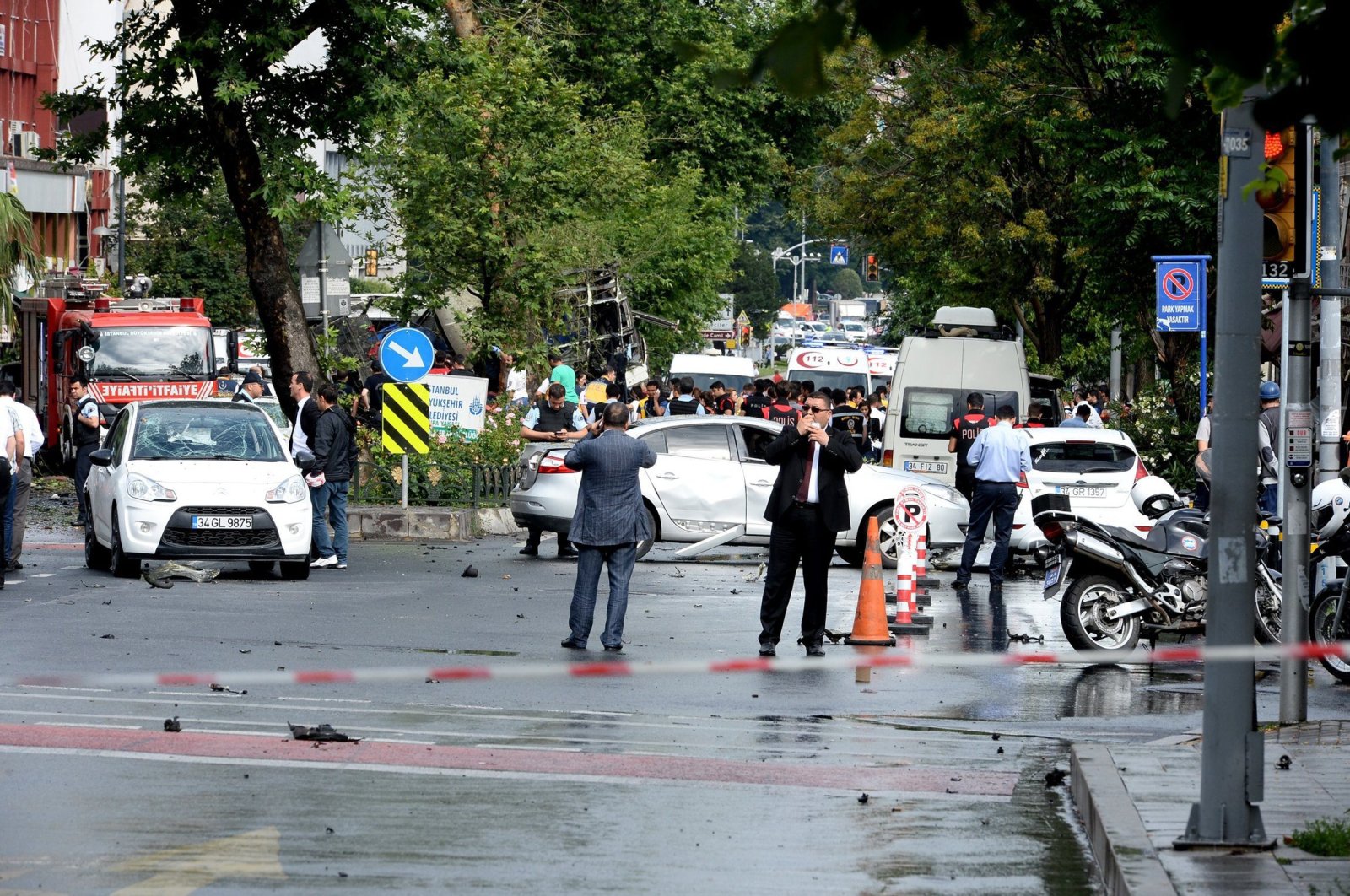 A Turkish court on Monday sentenced three PKK terrorists to over 1,000 years in prison each for a 2016 attack that killed 12 people, half of them police officers.

The Istanbul court sentenced Eyüp Sever, Murat Bal and Gülşen Bahadır to about a dozen aggravated life sentences each for the deliberate killing of 12 people and for “violating the constitution.”

The court found Eyüp Sever and Murat Bal guilty of "violating the constitution" and "premeditated murder," handing both aggravated life terms. It also sentenced them each to 893 years in prison.

The court sentenced the third suspect, Bahadır, to life for "premeditated murder" and separately sentenced her to 893 years in prison.

In 2018 the court ordered Red Notices to be issued for the arrest of 12 wanted suspects – including senior PKK terrorists Murat Karayılan, Cemil Bayık and Duran Kalkan – over the terror attack.

The attack was claimed by a PKK splinter group, the TAK.

TAK previously claimed responsibility for two attacks in 2016: one in Ankara which killed 35 civilians and another in Bursa, a suicide bombing that injured 13.