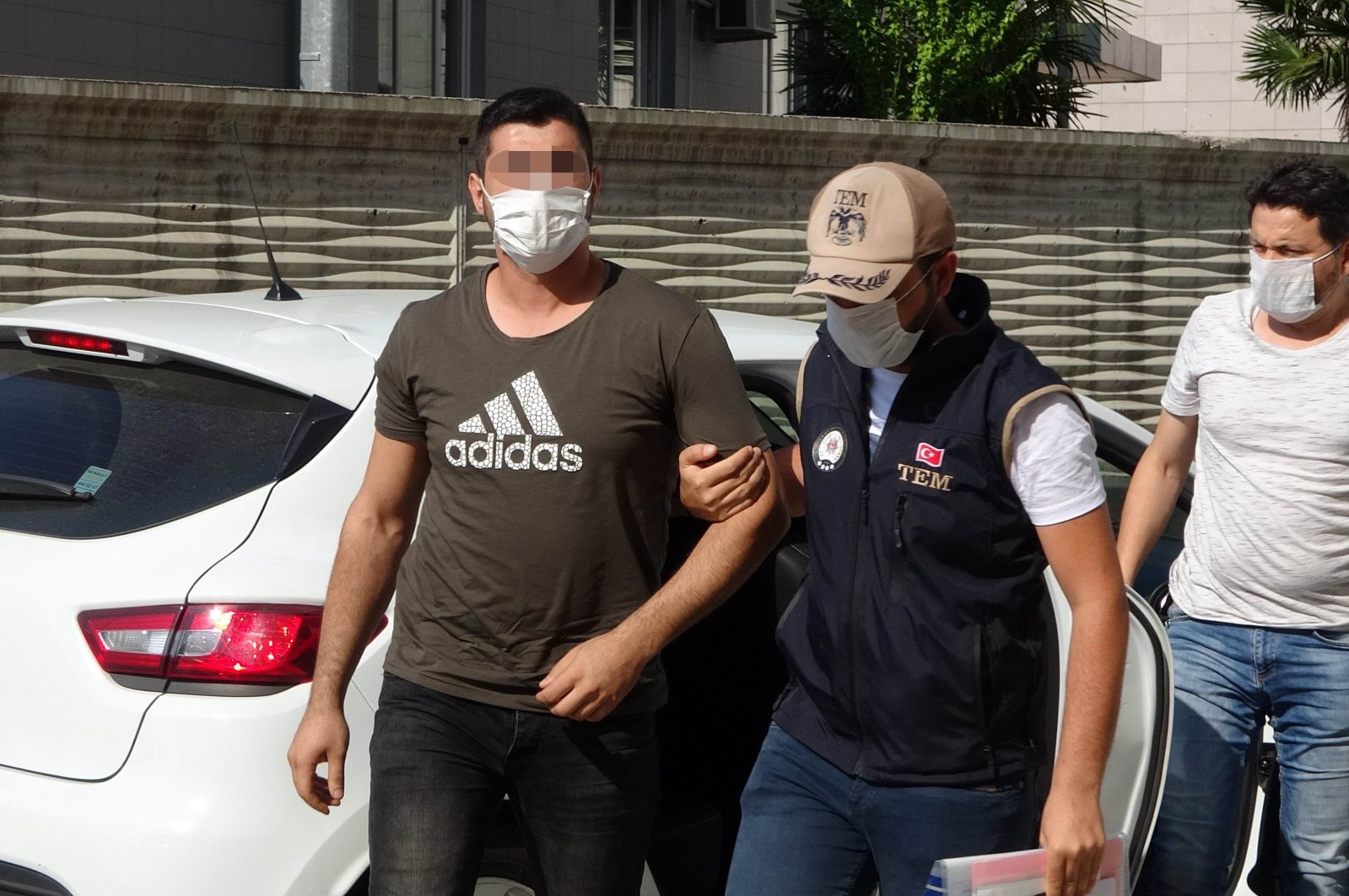 Turkish police on Wednesday arrested 35 suspects for their alleged links to the Gülenist Terror Group (FETÖ), which was behind the country's defeated coup in July 2016.

Prosecutors in the capital Ankara demanded the arrest of 60 FETÖ suspects who were accused of having leaked the questions of the civil service recruitment exam, also known as KPSS, in 2011, to associates who were used to infiltrate state institutions, the chief prosecutor's office said in a statement.

With arrest warrants issued, police conducted simultaneous raids across 30 provinces and captured 35 members, the statement noted. A hunt for the remaining suspects is underway.

The arrests come on the fourth anniversary of the coup attempt on July 15, which sped up Turkey's crackdown on the terrorist group.

Last year, 64 suspects, including relatives of key FETÖ figures, were handed down prison terms between six and 15 years for the mass cheating scandal. KPSS is a key test for hiring new civil servants. It is believed that thousands of people linked to the group were given questions and answers beforehand. The exam results, however, were later rendered void after the scandal was exposed.

FETÖ is already implicated in a string of cheating allegations in public exams. The group is accused of using the tests as a stepping stone to the public sector where many of its members found jobs. Multiple investigations into the group's methods for cheating found that FETÖ leaked key information to young members, either handpicked by the group's leaders or eager to join the public sector. Former members of the group had testified in other cases that "brothers" or "imams," point men and handlers for FETÖ, provided them questions and answers for exams. Civilians are believed to have gained access to well-protected information through infiltrators in bodies tasked with organizing the tests.