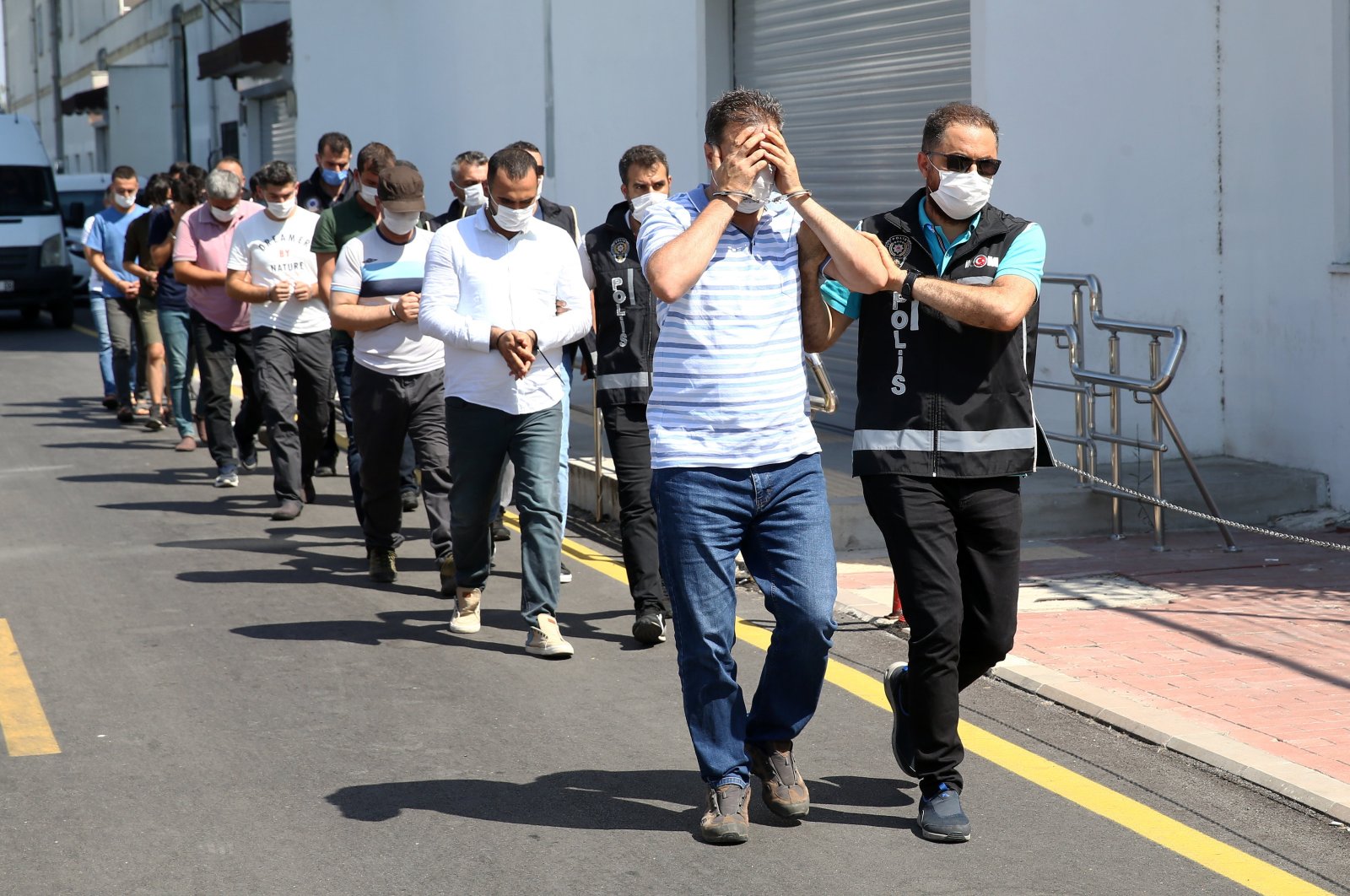 Turkish police on Tuesday detained 40 suspects linked to the Gülenist Terror Group (FETÖ) in nationwide operations. The effort targeted the outfit’s secret network in the army and users of an encrypted messaging app developed by FETÖ.

In Istanbul, the Chief Prosecutor’s Office ordered the arrest of suspects for an investigation into FETÖ's infiltrators in the Turkish Armed Forces (TSK). Across 11 cities, 34 alleged members were arrested in simultaneous operations in Istanbul and by counterterrorism units of the Turkish police. Suspects, including active-duty military officers and civilian handlers for military infiltrators of the group, were in contact with each other via payphones to avoid detection, according to officials. Some suspects were detected thanks to testimonies of FETÖ members caught in earlier operations who collaborated with police. A manhunt is underway to capture six other suspects.

FETÖ, which controlled a network of infiltrators in the Turkish army, is responsible for the July 15, 2016, coup attempt that killed 251 people and injured hundreds.

Authorities have arrested thousands of people who were involved in the attempt to overthrow the government or who supported the terrorist group after the putsch bid was quelled thanks to strong public resistance. Investigations are still underway to root out FETÖ's secret infiltrators in the TSK. Though a large majority of putschists were captured, it is believed that the group still maintains “cells” inside the military that have managed to go undetected. Acting on confessions from captured FETÖ members and unearthing more evidence regarding the coup attempt, authorities continue to pursue probes regarding the group.

In Istanbul, prosecutors have investigated and launched criminal proceedings against more than 1,600 suspects so far for their direct involvement in the coup attempt. The majority of them were members of a secret network that contacted their “civilian” handlers in FETÖ through payphones to avoid detection. Among them were high-ranking officers as well as military cadets. Payphone investigations helped prosecutors uncover previously undetected members of FETÖ in the military.

The Chief Prosecutor’s Office in the capital Ankara on Tuesday ordered the arrest of 10 suspects in an investigation into the “civilian network” of the group and six have been detained. Authorities say four among them were users of Bylock, a messaging app developed and exclusively used by the terrorist group to relay messages to its members.

ByLock was discovered during criminal inquiries into the terrorist group, whose criminal activities have been under the spotlight since two coup attempts in 2013. The National Intelligence Directorate (MIT) uncovered that the messaging app was apparently programmed or modified for the exclusive use of the group's members by someone linked to FETÖ.

According to media reports, FETÖ-linked staff working in a powerful intelligence department of the Turkish National Police were the "architects" of the app, or rather its modification to serve the purposes of the group. A collection of intelligence officers has been accused of controlling the private app used to deliver group leader Fetullah Gülen's messages to his followers, as well as to instruct members on how to carry out plots against people deemed foes.