41 arrested in operations against FETÖ network in Turkish army 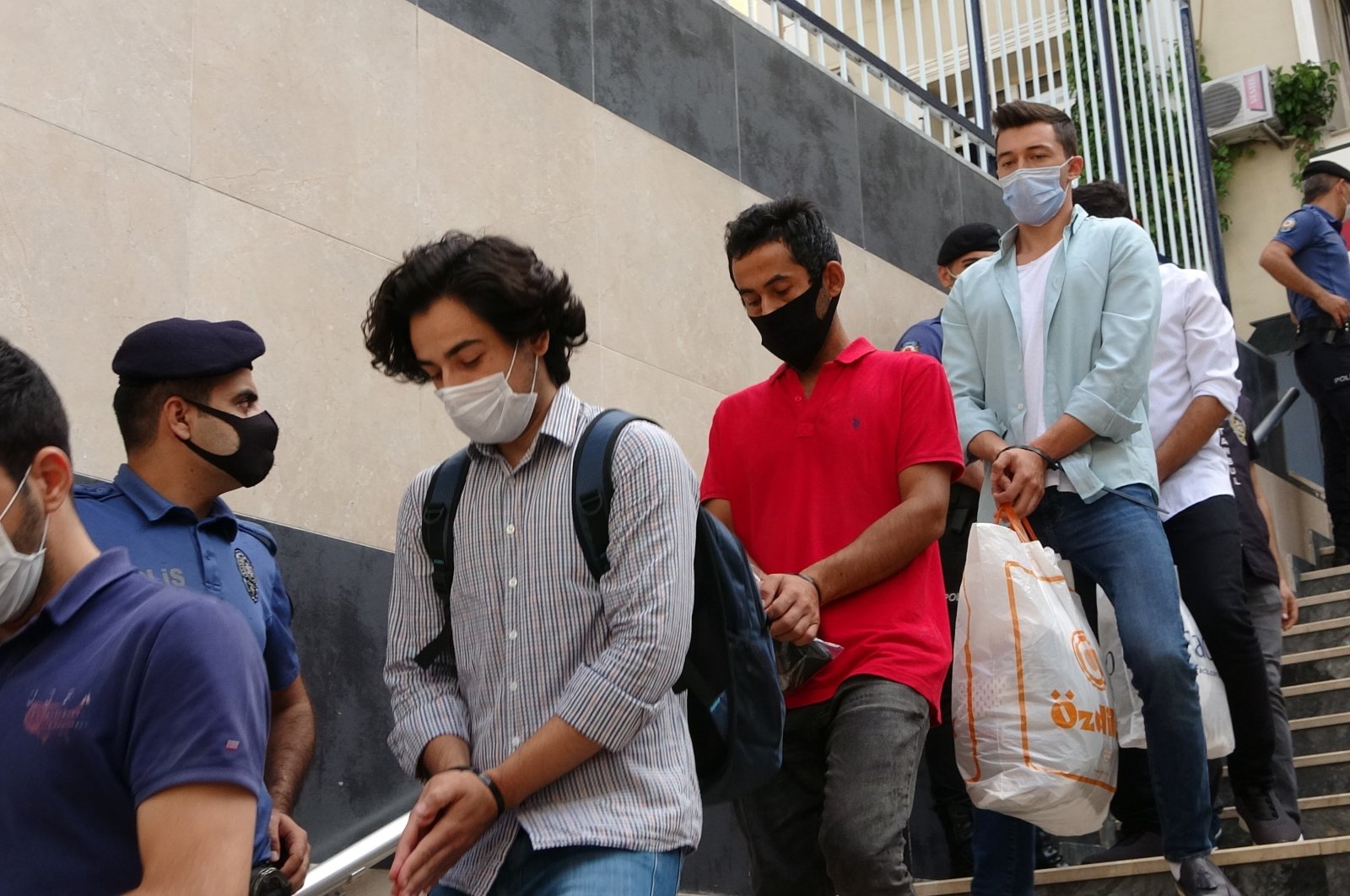 Suspects captured in an operation against FETÖ are transferred to the courthouse from a police station, in Istanbul, Turkey, Sept. 14, 2020. (İHA Photo)
by DAILY SABAH Sep 14, 2020 4:23 pm

Authorities ordered the arrest of 53 suspects linked to the Gülenist Terror Group (FETÖ) on Monday. Some 41 suspects were arrested while a manhunt is underway for the others. Suspects, including serving soldiers, were part of the terrorist group’s network of infiltrators in the Turkish Armed Forces (TSK).

Police launched operations in 21 provinces after the Chief Prosecutor’s Office in Istanbul issued arrest warrants. Prosecutors’ investigation led to warrants for those involved in talks with the terrorist group’s civilian handlers for infiltrators via payphones, a method commonly employed by FETÖ to avoid detection. Some suspects were identified with the testimonies of the group’s members captured in earlier operations.

Among the captured and wanted suspects were retired military officers and those who resigned from the army or were dismissed on suspicion of links to the terrorist group. Media outlets reported that a colonel and a captain were among the arrested suspects.

The arrests come four years after the group used its military infiltrators to carry out a coup attempt. Following the unsuccessful attempt on July 15, 2016, security forces detained thousands of people affiliated with FETÖ. Police still conduct operations almost on a daily basis to detain the group’s infiltrators in the army.