5 dead as land dispute in Şanlıurfa ends in gunfight 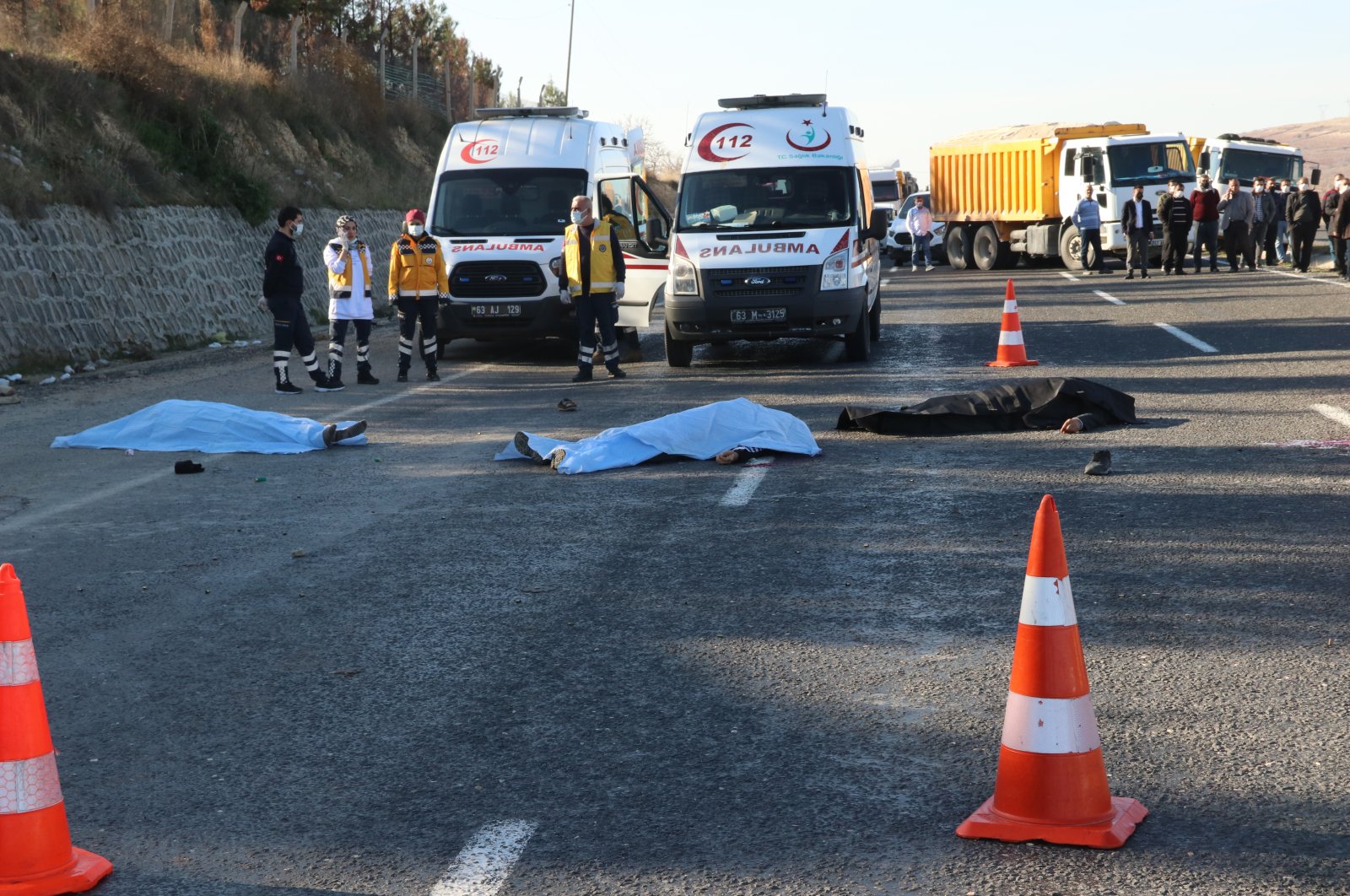 First responders cover the remains of three people shot dead after a dispute that turned into a gunfight in southeastern Şanlıurfa, Turkey, Dec. 26, 2020. (AA Photo)
by DAILY SABAH Dec 27, 2020 10:00 am

Five people were killed and two others injured on Saturday after a family dispute escalated into a gunfight in southeastern Turkey's Şanlıurfa.

According to an initial investigation by security forces, two groups of relatives got into a dispute over land ownership which grew out of control, resulting in a fiery gunfight.

The fight took place on a highway going toward the neighboring Adıyaman province where security forces found three people dead and four others injured.

A large number of gendarmerie forces and ambulances were immediately dispatched to the scene, where two men and a woman were declared dead. Two more men were pronounced dead after succumbing to their wounds at the hospital.

Two others were being treated at the hospital for their injuries. The fight and preliminary investigation by forensics teams caused the road to be closed down temporarily.

Social media was flooded with footage captured by passersby showing dead bodies strewn across the asphalt.

Security forces identified three suspects involved in the shooting and detained them shortly after the fight.

Local media reports said footage found on a cellphone belonging to one of the suspects showed one of the perpetrators walking among the injured after the fight, executing any survivors.