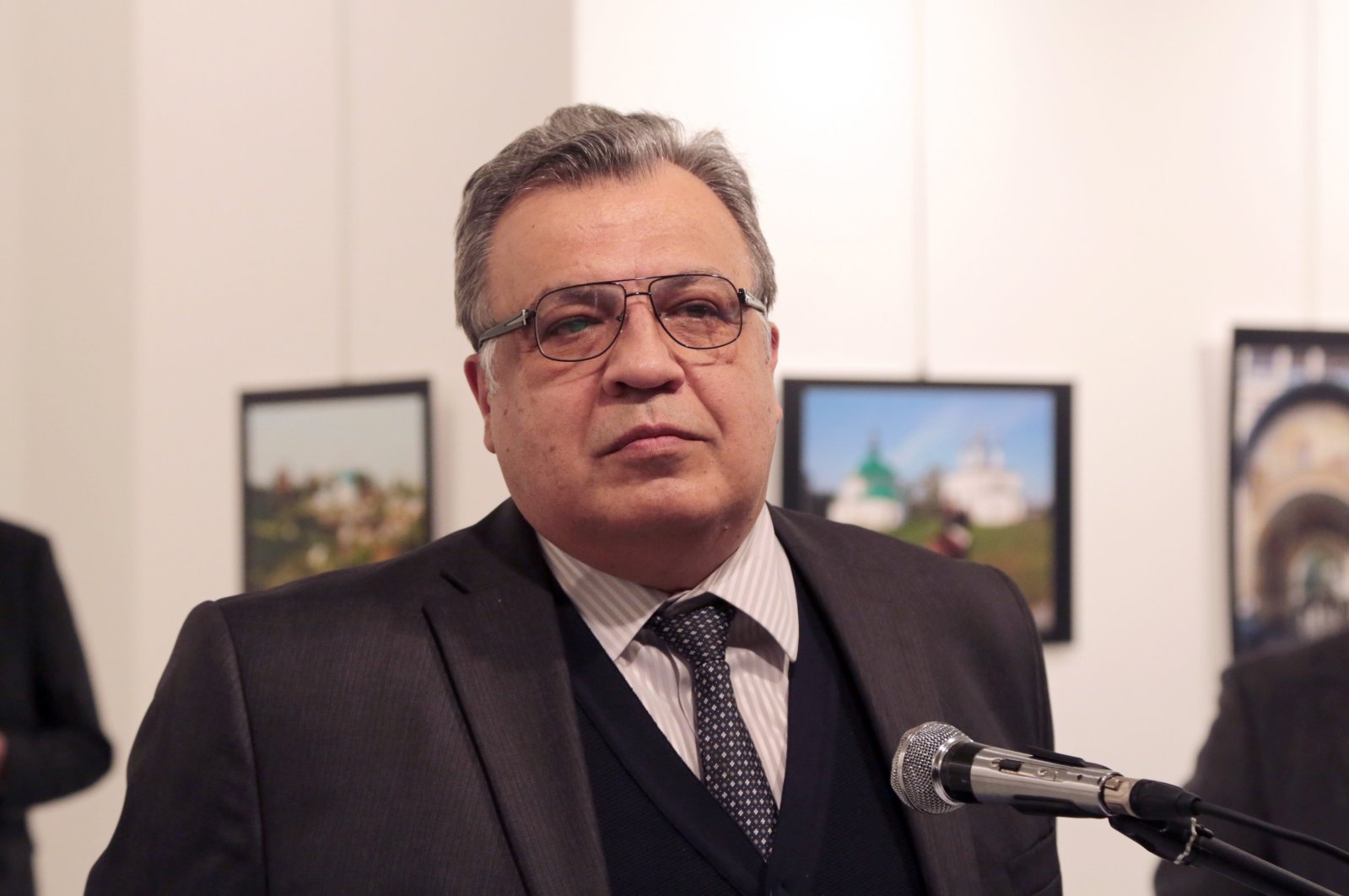 A Turkish court on Tuesday issued life sentences to five individuals involved in the assassination of the Russian Ambassador to Ankara Andrey Karlov on Dec. 19, 2016.

Karlov was killed by an off-duty police officer in 2016, at a time of restoration in Turkish-Russian relations. The Gülenist Terror Group (FETÖ) was accused of ordering the murder carried out by Mevlüt Mert Altıntaş, who was killed in a shootout with police after the assassination at an art gallery in the Turkish capital.

Salih Yılmaz, a FETÖ member who was in touch with Altıntaş and is said to have transmitted the assassination order to Altıntaş, also was sentenced to aggravated life imprisonment.

The indictment against the defendants says the FETÖ tried to undermine Turkish-Russian relations and create a perception that Turkey was an unsafe place for diplomats. FETÖ originally instructed Altıntaş to shoot Karlov in June 2016 at the headquarters of the ruling Justice and Development (AK Party) where the ambassador would attend a dinner for foreign diplomats, the prosecutor says. Karlov was unable to attend the dinner that would take place one month before FETÖ’s coup attempt that killed 251 people. The prosecutor says the assassination attempt before the planned coup would be “a step to incite chaos in the country to pave the way for a takeover by putschists. It would also instigate a conflict between Turkey and Russia.”

Prosecutors had detailed Altıntaş’s connections to FETÖ in the indictment, including multiple meetings before the assassination and the same day between Söğüt and Altıntaş. The prosecutors also highlighted the connections of the other suspects to senior FETÖ member Şerif Ali Tekalan, a fugitive defendant who is currently serving as the president of a U.S. university run by FETÖ. Emre Uslu, a journalist who fled to the U.S. after an arrest warrant was issued by Turkey in a separate case related to the terrorist group, is accused of suppressing suspicion over FETÖ's role in the murder on social media.

The assassination came at a time when Turkish and Russian relations seemed to be thawing. Since the murder, Ankara and Moscow have gradually made progress in rebuilding their ties which were disrupted by the 2015 downing of a Russian fighter jet over the Syrian border by the Turkish military.

FETÖ posed as a religious group for years under the leadership of Gülen before it disclosed its true intention of toppling the government and creating chaos in the country in 2013 with two plots targeting people close to the government. Turkey managed to stave off these attempts and launched operations against the group, which was designated as a national security threat. In 2016, the terrorist group tried to seize power again, this time by staging a coup attempt with the aid of its infiltrators in the Turkish army. This attempt was quelled too, and the group faced heightened scrutiny. Police have launched countless operations against the group since the 2016 coup and hundreds of military infiltrators were discovered and arrested in investigations, while tens of thousands were arrested for links to the group. The state of emergency declared after the coup attempt sped up the crackdown on the terrorist group's infiltrators. Some FETÖ members managed to flee abroad, while others are believed to still be hiding their ties to the group. Several former members confessed to authorities that senior figures of the group trained them on how to avoid being detected while serving in the army, law enforcement or judiciary.