96 arrested in crackdown on international human smuggling ring in Turkey 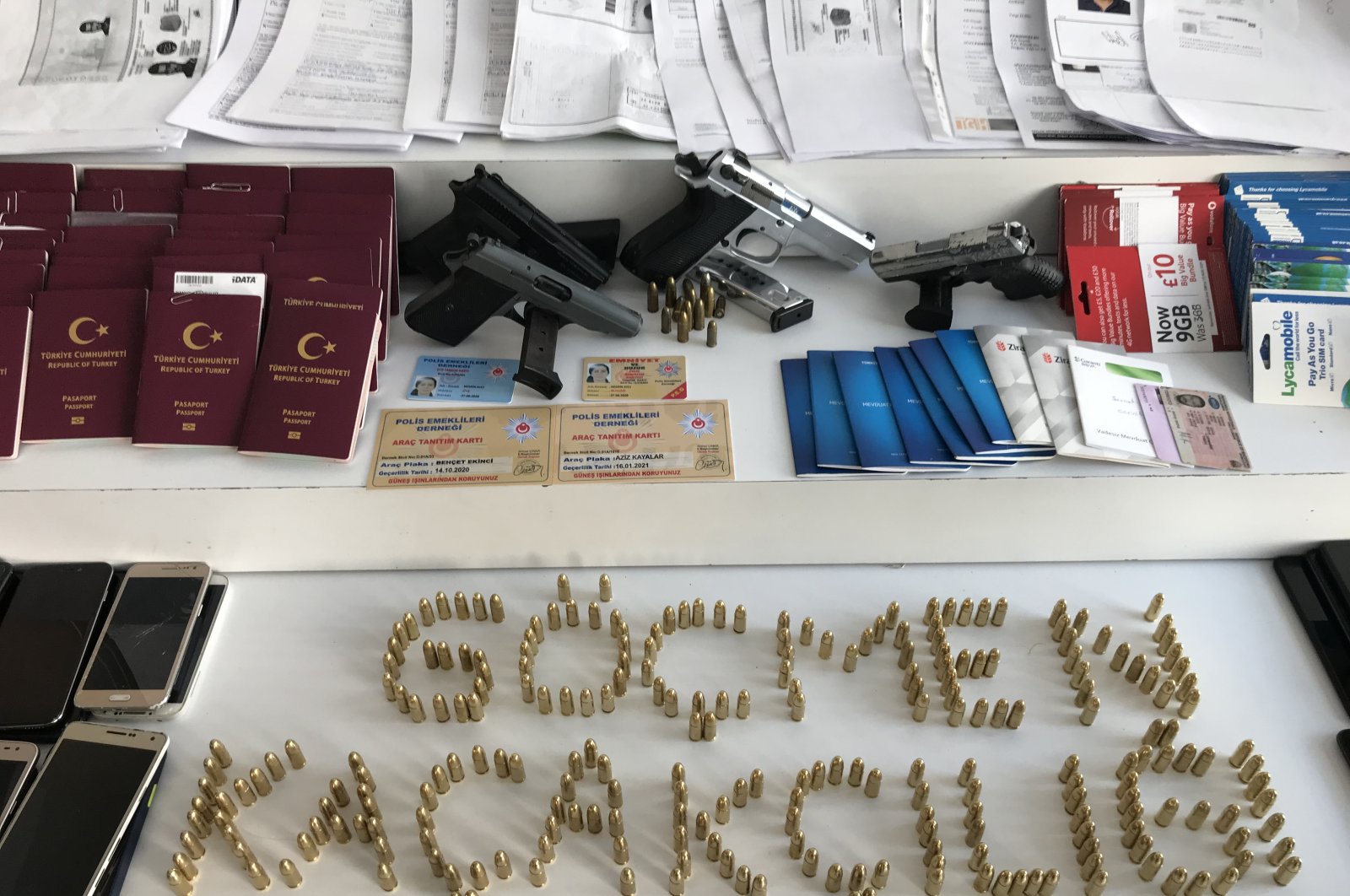 Turkish National Police detained 96 suspects in an operation against human smuggling, including suspects linked to terrorist groups like FETÖ and PKK, into Europe, authorities disclosed on Tuesday

Details of an operation against a large human smuggling ring earlier this month were disclosed by police on Tuesday. Authorities said 96 people were detained in raids targeting the “Kabataşlar” syndicate based in Istanbul. The gang, whose members were taken into custody in the metropolis and 16 other cities, is accused of helping terrorists of the Gülenist Terror Group (FETÖ) and PKK to flee the country.

The gang had been under surveillance for a while by a department of Istanbul police handling human smuggling cases. They said syndicate members preferred face-to-face meetings to plan their illegal operations instead of talking on the phone to avoid detection.

Turkey has been a transit point for unauthorized migrants from Asia crossing into Europe but also has its fair share of criminals seeking to illegally access border nations Greece and Bulgaria, to reach into other European countries.

Police discovered that gang members contacted each other and their “passengers” in hospitals, hotel lobbies and cafes to exchange money and documents.

Simultaneous raids were carried out against the syndicate on July 10. Out of 121 wanted suspects, 96 were detained and among them were terrorists affiliated with FETÖ and the PKK. One active and two retired police officers were also taken into custody. Police found four pistols, 59 passports, a large cache of cellphones and SIM cards and 587 pages of documents containing personal information from documents such as passports and visas in the raids.

The investigation found that the gang’s “customers” included people who want to meet their relatives in European countries but were unable to travel, people who wanted to dodge compulsory military service, wanted criminals and people wanted or implicated in cases against the PKK and FETÖ. The syndicate is accused of arranging legal travel for customers to countries like Albania, Serbia, Kosovo, North Macedonia, Montenegro and Bosnia-Herzegovina which do not require a visa for Turkish citizens. From those countries, gang members helped customers illegally cross into other European nations, either on foot via mountainous and remote territories or via cars. They would return with passports of those who had legally traveled to Balkan countries, acquired through forgery or that were illegally converted into “green passports,” those given to Turkish civil servants, allowing other customers to travel to Europe freely.

In the past six months, some 750 Turkish citizens were smuggled into Europe thanks to the syndicate. The gang was charging fees ranging between 5,000 euros and 10,000 euros ($5,700 and $11,000). Of the 96 suspects, 23 were remanded into custody while 42 others were released pending trial. Other suspects were released after questioning. The gang’s leader, described as O.K. after his initials, remains at large.

Turkey’s counterterrorism efforts over the last few years have dealt a huge blow to groups like FETÖ and the PKK. In the aftermath of the July 15, 2016 coup attempt orchestrated by military infiltrators of FETÖ, a large number of the group’s members fled prosecution and illegally crossed into Europe. Greece has been a haven for followers of FETÖ's founder, Fethullah Gülen, since eight soldiers involved in the defeated coup fled there, as evidenced by the rising number of terrorist suspects that have taken shelter there. Some FETÖ members have chosen to reside in Greece, while others wait for the processing of their asylum requests or look for ways to enter other European countries.

Turkish border patrols have stopped hundreds of FETÖ members since the coup attempt as they tried to cross into Greece via the Meriç (Evros) River that divides the land border of the two countries. Security measures are already tight on the border, which is also the scene of many attempts by illegal migrants from other countries who try to reach Europe.

Members of the terrorist group PKK, whose numbers are dwindling in Turkey, also seek passage into European countries where their sympathizers are often tolerated.