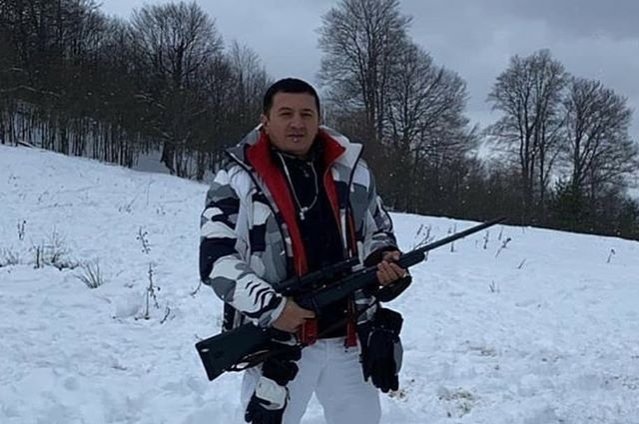 This photo taken from an Instagram account associated with Salifov shows him in an unspecified location on Jan. 5, 2020.
by DAILY SABAH Aug 20, 2020 12:23 pm

Salifov was having dinner at a hotel's restaurant in Serik, a district of the Mediterranean province of Antalya, at the time of the murder. His bodyguard shot him dead for an unknown reason during the dinner and fled the scene. Salifov was hospitalized but succumbed to his wound.

His killer, whose name has not been released, was captured at a police checkpoint between Antalya and the city of Denizli a few hours later in the car of another unidentified suspect. Media outlets have identified them as 26-year-old Amir Hamidli and 25-year-old Khayn Zeyralov, though police have not confirmed the report.

Salifov, who served time in Azerbaijan for various crimes, was deported from Turkey in 2018. It is believed he reentered the country illegally. In February, police in Istanbul arrested 17 alleged members of a gang with links to Russia in an operation. The suspects were believed to have entered Turkey to assassinate Salifov, though his whereabouts were unknown at the time.

Nicknamed “Guli,” or "Heart" in Georgian, Georgian-born Salifov was accused and convicted of murder and was running a gang engaged in a turf war with a rival gang in Russia for the control of a marketplace.