British national in custody after cocaine bust at Istanbul port 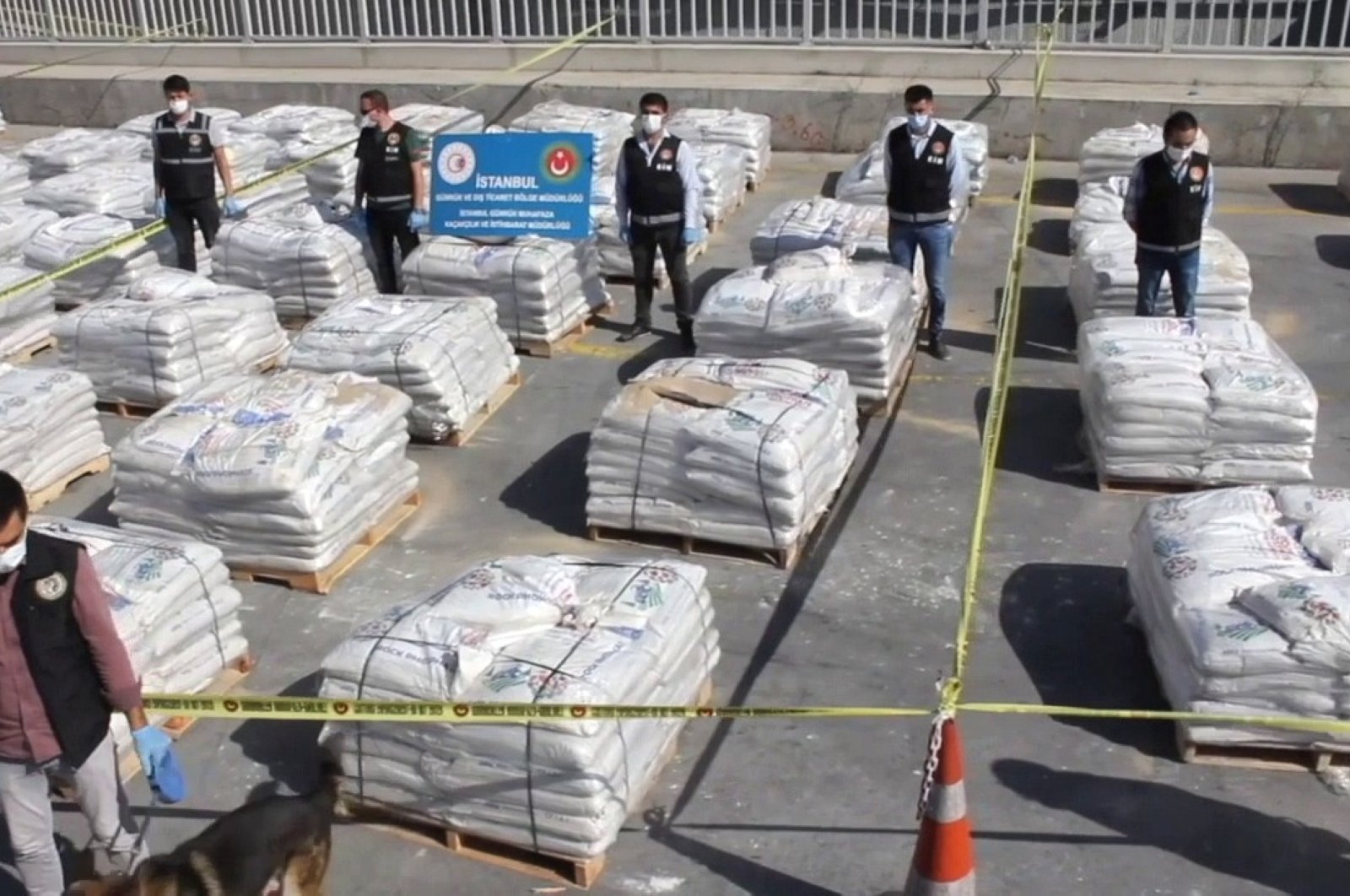 Istanbul police on Tuesday disclosed details of a major counternarcotics operation it carried out at the city’s Ambarlı port on Sept. 30.

Fifteen suspects, including a British national identified as Antony M., was detained along with more than 228 kilograms of cocaine in a vessel.

The vessel had left Colombia in August with a cargo declared as fertilizer.

Acting on a tipoff, police raided the vessel docked at a port on Istanbul’s European side. With the help of sniffer dogs, 3,500 bags of fertilizers in six shipping containers were searched. After lab tests, police found cocaine scattered among the fertilizer.

Police said Antony M., dubbed "doctor," and two Turkish men, acting as his connections in Turkey, were responsible for the shipment.

According to security sources, the Brit is a member of a London-based drug gang "Happy Monday."

Nine out of the 15 suspects were remanded in custody while others were released under judiciary control.

Turkey has been successful in drug seizures but the country still remains a popular route for drug smuggling to Europe. It also fights the domestic consumption of drugs.

On Sept. 25, security forces raided another vessel traveling from Colombia at the Mediterranean port of Iskenderun in the southern province of Hatay. They found 5 kilograms of cocaine aboard the Portuguese-flagged ship carrying coal and detained its six crew.

Last June, Turkey conducted its largest narcotics operation and detained 67 people in "Operation Swamp" that targeted a gang with international connections in Brazil and the Netherlands.