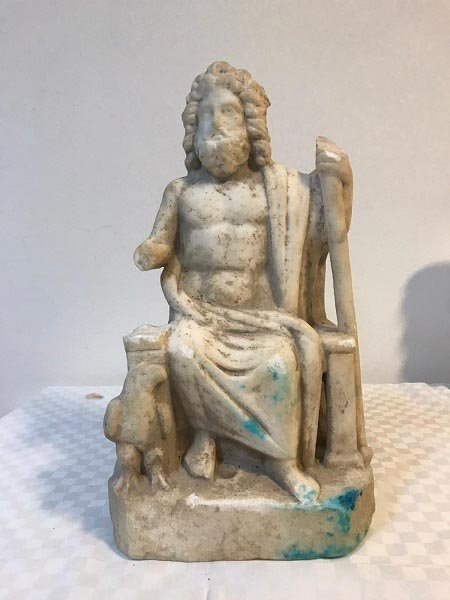 The search uncovered a statue of Zeus, a marble statue and a bronze tablet featuring animal figures on the front and back, all believed to date back to the Byzantine period.

Within the scope of the investigation, five other suspects allegedly involved in the plan to sell the artifacts were also detained.

Seven of the nine suspects provided statements for the Anti-Smuggling and Organized Crime Branch of the Gendarmerie Command and were later released. The remaining two were referred to a courthouse and released on bail.