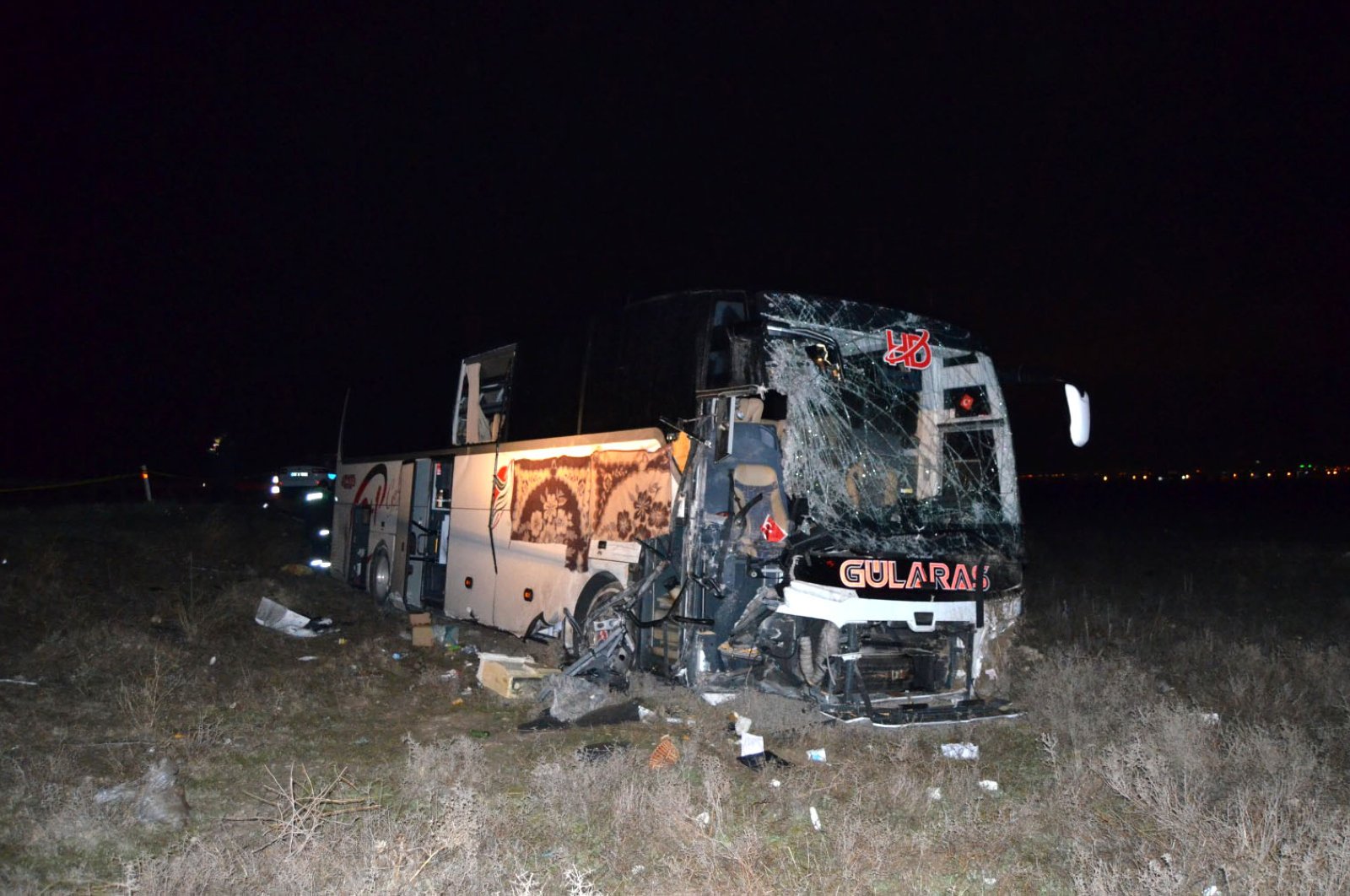 A crash in central Turkey involving an intercity bus and a truck left 44 people injured as claims suggest that passengers boarded the bus despite it being flagged not deem to travel by police officers.

The accident took place early Saturday on the highway connecting the central city of Aksaray and the southern city of Adana. The bus, traveling from Istanbul to Adana, collided and rear-ended the trailer of a truck traveling the same direction and veered off the road.

Many ambulances, police officers, firefighters and units from the local Disaster and Emergency Management Authority (AFAD) directorate were dispatched to the scene.

All 42 passengers, driver and assistant were injured and one person was reported to be in critical condition.

Meanwhile, one passenger’s accounts shed light on the likely cause of the accident. Yakup Menteş, one of the injured passengers, told reporters that traffic police officers checked the tires of the bus while it was leaving Istanbul’s Esenler Bus Station and barred it from traveling since the tires were worn out and did not have enough tread depth.

Menteş claimed that bus company officials boarded passengers to shuttle minibuses, transported them out of the bus station, only to board passengers to the same bus that was barred from traveling on a highway underneath a bridge.

He also said that other passengers told him that the driver was sleepy. Both claims are among the likely causes of most rear-end collisions as the driver either did not notice the truck at all as he was sleeping, or worn-out tires increased the braking distance.

As part of the investigation launched after the accident, police officers measured the tread depth of the winter tires used by the bus and found that the depth was reduced to two centimeters, lower than the legal limit of four. The bus driver was issued a fine for tires and investigation has resumed on the accident. The truck driver, who escaped the accident unharmed, was also detained.