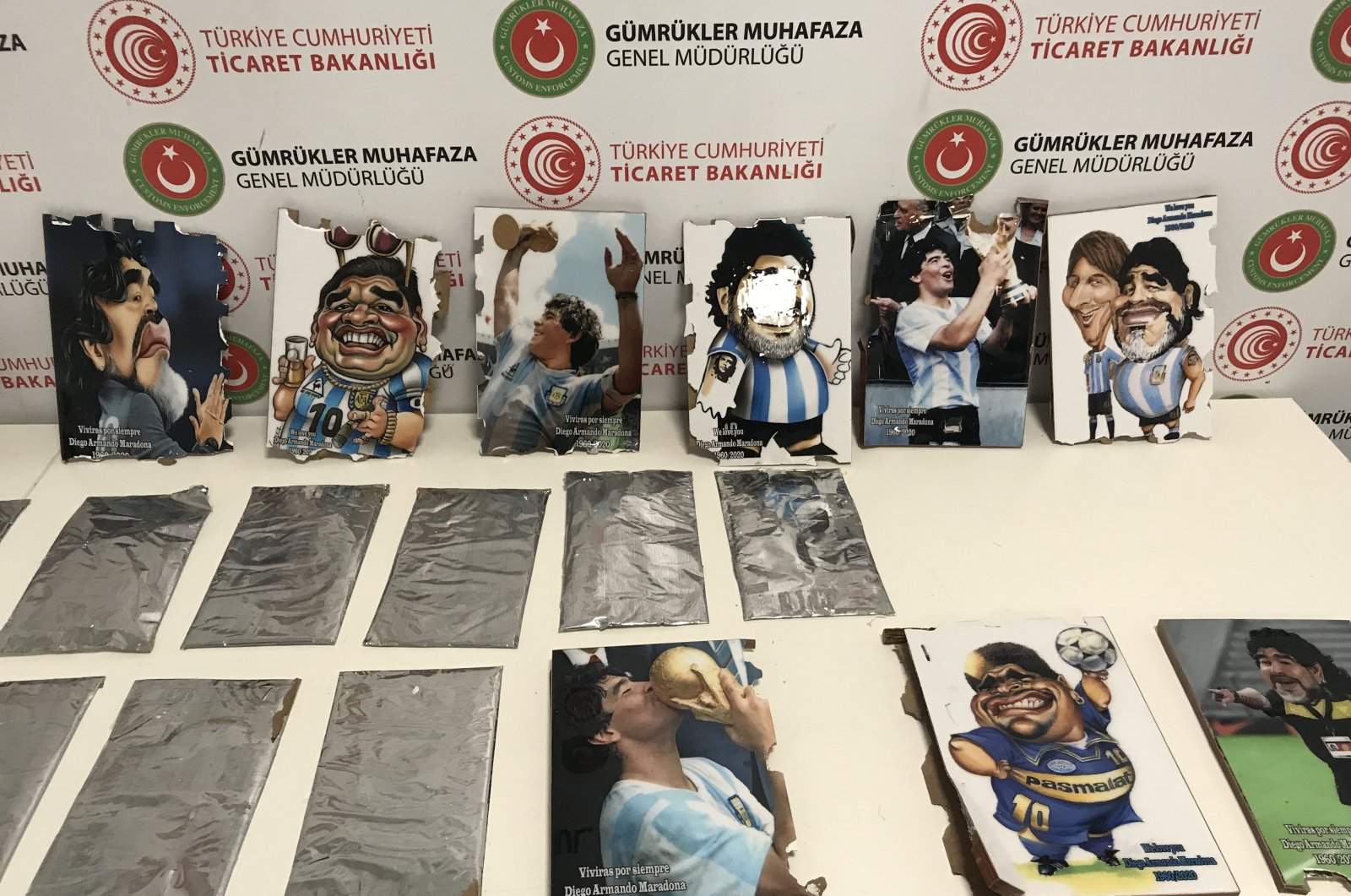 The suspicious behavior of a 72-year-old German national of Croatian origin who arrived at the airport from Colombia caught the attention of officers. As a precaution, the officers ran an X-ray scan of his luggage. A further probe with sniffer dogs raised suspicion of an “unusual density” inside the paintings. When officers removed the backs of the paintings, they found cocaine hidden in tiny plates inside. Officials said the cocaine, worth TL 2 million (around $261,000), was hidden in the back of 12 paintings of various sizes. The suspect was detained while an investigation into the incident moves ahead.

Maradona, who died of a heart attack on Nov. 25, was known for his wild lifestyle and was once embattled with cocaine addiction.

Turkey has been successful in drug seizures, but the country still remains a popular route for drug smuggling to Europe due to its strategic location. It also fights the domestic consumption of drugs. In August, customs officers in the northwestern province of Kocaeli made a record bust of 540 kilograms of cocaine hidden inside a shipping container from Brazil.