Crackdown nets gang of foreign cybercriminals in Istanbul, other cities of Turkey 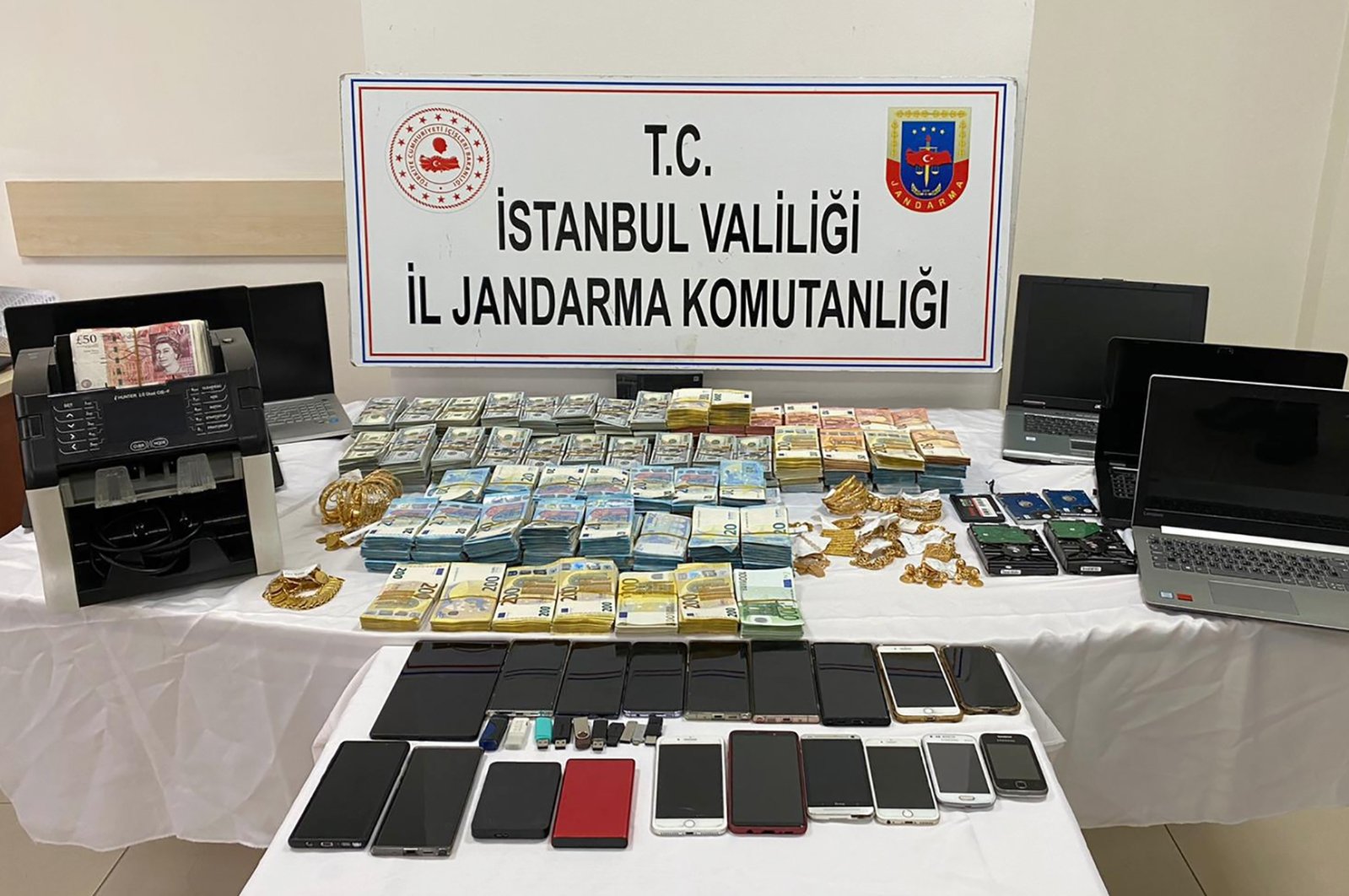 Police and gendarmerie units in Istanbul arrested 13 foreign nationals in a clampdown on a gang of cybercriminals accused of extorting money from companies.

The operation comes after about three months of surveillance on the gang led by a Syrian national identified by the initials A.N.E.A. The suspects allegedly targeted online foreign exchange (forex) firms and companies offering stock exchange services. They are accused of hacking into accounts of those companies and blocking them, asking for money in exchange for unblocking the accounts.

The suspects were captured in simultaneous operations in Istanbul and the provinces of northwestern Bursa and southeastern Gaziantep and Şanlıurfa. Security forces seized jewelry and 1.8 million euros ($2.2 million) and $1.2 million (TL 9.2 million) in cash the suspects had in their possession, as well as tools used in crimes, including tablet computers and laptops.

Security sources told media outlets that the suspects first rendered accounts of companies inaccessible and then delayed price updates in the forex market by flooding the accounts with buy and sell orders. The gang was working with hackers abroad and made transactions and sold shares through hacked accounts of companies, earning up to $800,000 in just a few minutes.

They are also accused of setting up fake accounts in the names of legitimate companies to swindle customers. Sources said the suspects had discovered security leaks of companies and were able to set up multiple accounts under the names of people not blacklisted by banks and financial institutions.

The suspects are charged with running ransomware and phishing attacks. Security forces warned the targeted companies that they should enlist the aid of professional cybersecurity companies to prevent such cyberattacks and extortion attempts.

In another crackdown on cybercrime, police detained 21 suspects who were hacking into bank accounts of unsuspecting victims. The suspects were captured in Bursa, Istanbul, southeastern Diyarbakır and northern Samsun. Authorities said the suspects targeted their victims with fake internet links they sent via text message.

They were discovered when M.K., a victim living in Bursa, alerted police after he discovered TL 55,000 in his bank account was transferred to another account. M.K. said that before the incident, he clicked on a link on a text message that said he should set up an app with the attached link to receive a “free TL 1,000 in social aid from the state.”

Police discovered 34 more victims defrauded under a similar scheme all across Turkey. The 21 suspects were members of the same gang, according to the police, and the gang employed hackers, middlemen whose accounts were used to transfer stolen money and gang members who converted the money into Bitcoins.