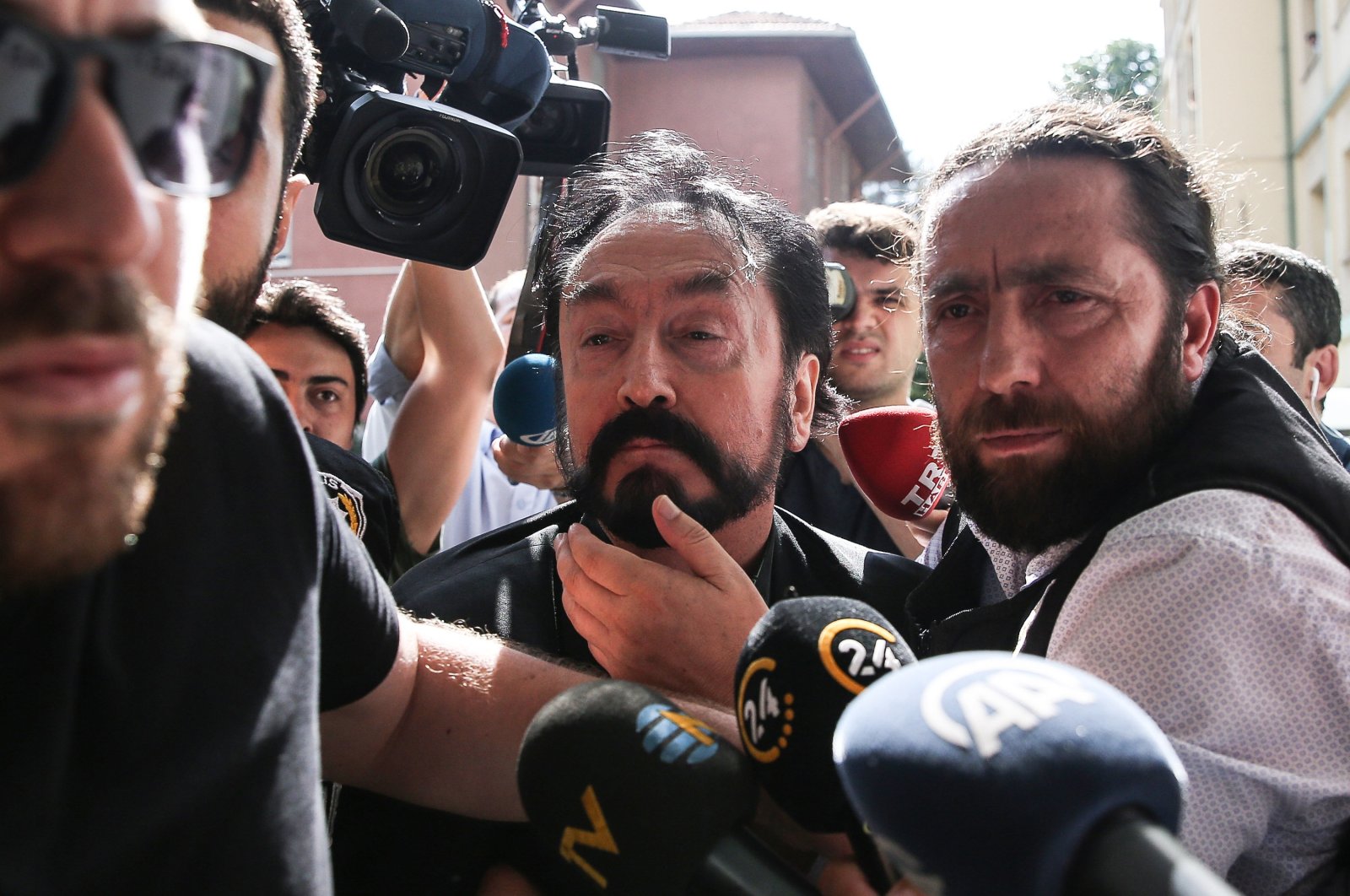 A prosecutor asked for a prison term up to 1,365 years for Adnan Oktar, the leader of a cult bearing his name. Presenting his final arguments at an Istanbul court on Friday, the prosecutor called for Oktar to be charged with 15 crimes in a 499-page indictment. Charges carry prison terms from 150 years to 1,365 years.

Oktar is among 238 defendants on trial for membership in his cult, including 76 others who were remanded in custody. He was detained in June 2018, along with a majority of his followers, on the accusations of running a criminal organization.

The prosecutor also asked for prison terms between five to 12 years for 13 other defendants accused of being senior figures of the group. Additional prison terms were demanded for male members for a string of sex crimes.

The 64-year-old cult leader is known to the public as a televangelist who runs hourslong shows on now-defunct A9 TV, a channel founded by his followers. But an indictment against Oktar portrays him and his followers as a dangerous cult that exploited gullible recruits and built a criminal empire thriving on blackmail and other wrongdoings. His depiction in the indictment is far from the eccentric personality seen on TV spouting conspiracy theories and anti-evolution discourse.

Prosecutors say the gang he led was involved in a recruitment scheme since the late 1990s, and this involved brainwashing young women. "The organization used its good-looking members to deceive young girls and women. Those members raped or sexually abused women and were blackmailed first by members pretending that their affairs were recorded on video. They were brainwashed under the pretext of religious teachings," prosecutors say in the indictment.

Oktar was a household name in the 2000s, but his prominence dates back to the 1980s when he was arrested for "promoting theocracy." He resurfaced in 1999 when he was charged with blackmail although he was found mentally ill by a court and spent months in a psychiatric hospital before his release. He made a comeback with a series of anti-evolution books and launched a TV station in 2011.