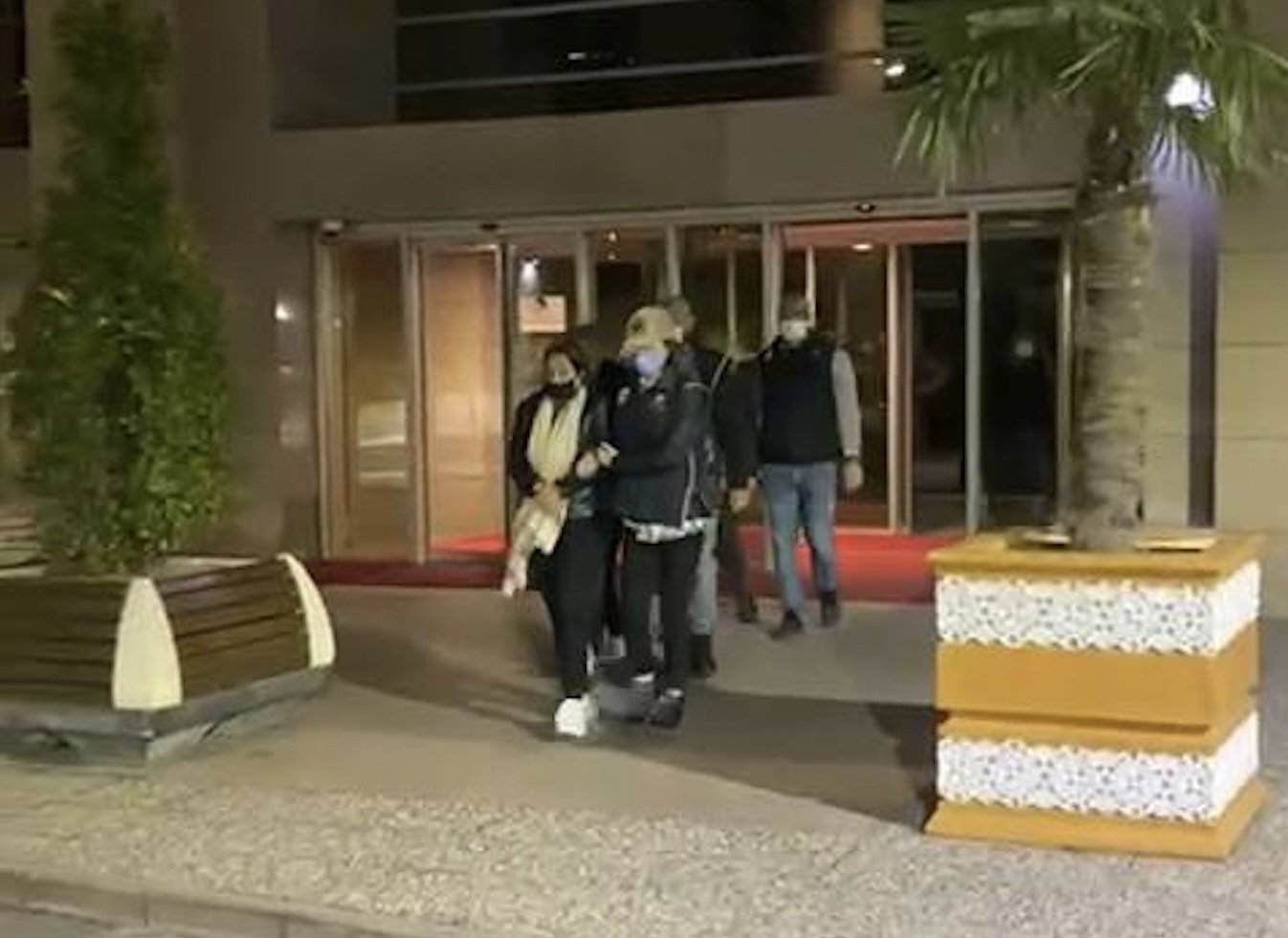 Israeli suspects and the Turkish national are escorted by police after being arrested for taking pictures of President Recep Tayyip Erdoğan's residence in Istanbul's Çamlıca on Nov. 12, 2021 (DHA Photo)
by Anadolu Agency Nov 18, 2021 9:46 am

An Israeli couple and a Turkish national are facing espionage charges after being arrested for taking pictures of President Recep Tayyip Erdoğan's residence from the Çamlıca Tower in Istanbul on Friday.

Staff at the tower's restaurant section saw the Israelis, identified by the initials N.O. and M.O., and Turkish citizen I.A. taking pictures of Erdogan's residence.

Police were called to the scene and took the suspects in for questioning.

They were also grilled by officials of Istanbul's chief public prosecutor's office before being moved to a prison.

The three suspects are facing charges of political and military espionage, according to authorities.