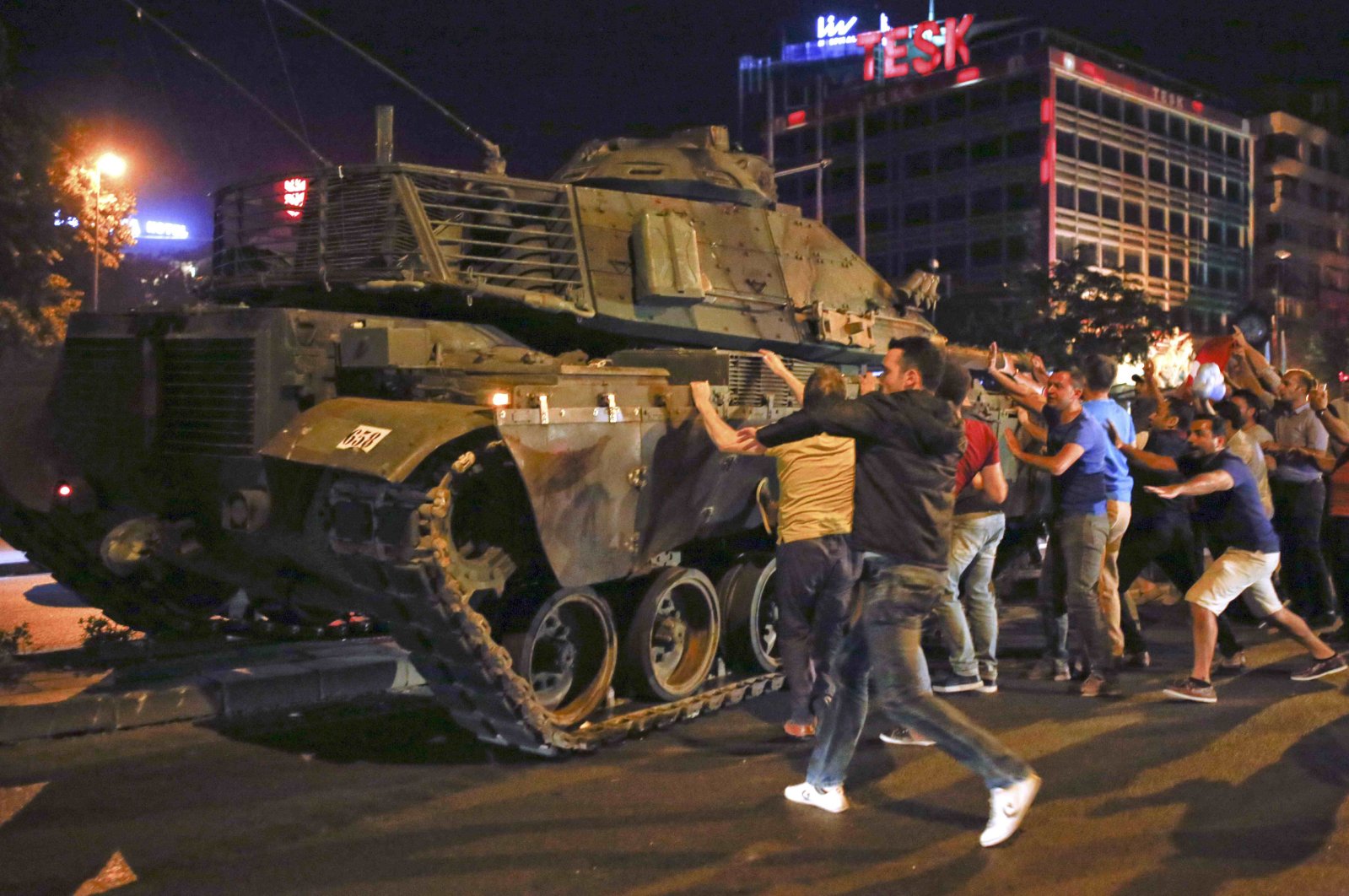 Sixty-seven suspects were detained on Friday in nationwide operations against FETÖ, the terrorist group behind the 2016 coup attempt, while a court upheld sentences for its top figures

Authorities issued arrest warrants for 97 suspects linked to the Gülenist Terror Group (FETÖ) on Friday, and 67 among them were detained in operations in the capital Ankara and other provinces.

FETÖ, which employed its infiltrators in the military for an attempt to overthrow the government on July 15, 2016, has faced heightened scrutiny ever since. A court in Ankara on Friday upheld sentences for senior figures of the group who were close to the group’s leader Fetullah Gülen.

The Chief Prosecutor’s Office in the capital issued arrest warrants for 89 suspects in an investigation into the terrorist group’s infiltration into the Gendarmerie General Command of the Turkish Armed Forces (TSK). Sixty among them were detained in operations in 37 provinces, while the manhunt was underway to capture the others. The suspects, whose identities were deciphered thanks to the joint work of the National Intelligence Organization (MIT) and police, were “mahrem (secret) imams” for the group’s infiltrators in the military. Twenty-nine among them were active-duty public sector employees. “Imam” in FETÖ jargon refers to handlers of infiltrators, and “mahrem” handlers are known for using intelligence-style methods to avoid detection of their ties to the infiltrators.

Also in Ankara, police raided a “gaybubet" (absence) house and detained four suspects linked to the terrorist group. Gaybubet is the name of safe houses believed to be widely used by the terrorist group’s members, especially after the coup attempt. Following the coup attempt, tens of thousands of people were detained or arrested and FETÖ, which openly defied the police amid a barrage of criminal investigations, started going “underground.” Its senior members have fled the country before and after the attempt, but authorities believe a large number of members still remain in the country, operating a secret network of safe houses. Those arrested in the “gaybubet” house in Ankara were secret imams. Three among them were identified as users of Bylock, an encrypted messaging app developed and exclusively used by the terrorist group for correspondence. One suspect was in charge of senior police officers linked to FETÖ. Media outlets reported that the suspects long avoided detection by leaving and entering the house separately at different hours every day and circled the area to check whether they were followed. Police also found old bills scattered in front of the door of the house, a tactic by suspects apparently sought to give an impression that the house was not inhabited for a long time.

Elsewhere, arrest warrants were issued for four suspects who were FETÖ’s infiltrators in the Turkish Air Forces. Three were arrested while a manhunt was underway to capture the suspects after prosecutors in Ankara sought their arrest in an investigation into their links to the group’s handlers. One suspect was a retired colonel.

Along with operations against the group, trials are also underway for captured suspects. A court in Ankara upheld prison sentences for seven defendants on Friday. Defendants include executives of a now-defunct broadcaster and a newspaper linked to FETÖ and a former lawmaker. Four among them were sentenced to aggravated life imprisonment, while three others were handed down a prison term of 10 years and six months in an earlier trial. Aggravated life imprisonment stems from the charge of an attempt to overthrow the constitutional order, while lesser prison terms were handed down for membership of a terrorist group.

Those sentenced to life include Hidayet Karaca, head of a now-defunct broadcasting group, former lawmaker Ilhan Işbilen, Alaeddin Kaya, who was the owner of now-defunct Zaman newspaper, and Kazım Avcı, a nephew of FETÖ’s fugitive leader Fetullah Gülen. The court ruled that Karaca, Işbilen, Kaya and Avcı were directly connected to Gülen and served in the terrorist group for many years. They are accused of carrying out orders from Gülen and shaping illegal activities of FETÖ. They are also accused of aiming to overthrow the government and replacing it with a regime that would be led by Gülen.

FETÖ, which employed its military infiltrators everywhere to topple the government and assassinate President Recep Tayyip Erdoğan, has been the subject of more than 100,000 investigations by prosecutors since the coup attempt. Some 289 lawsuits were filed against the coup attempt and verdicts were delivered in 279 so far. A total of 4,154 defendants were sentenced, including 2,533 who were handed down life imprisonment. Among them, 1,315 are sentenced to aggravated life imprisonment. One of the last large-scale trials set to conclude soon is the Akıncı air base trial. Some 475 defendants are being tried for their actions during the coup attempt. The last hearings are being held for the trial that focuses on the eponymous air base in Ankara. Akıncı served as the command center of putschists during the attempt. It was from this base, which was renamed following the attempt, that the plotters allegedly planned and conducted their coup attempt. This was where warplanes and helicopters took off to strike Parliament, an anti-coup crowd near the Presidential Complex and the headquarters of an elite police unit. It was also at Akıncı, where the top military brass, including then-Chief of General Staff Gen. Hulusi Akar, were brought after they were kidnapped by putschists.

Apart from putschist officers, five “civilian” FETÖ members who were caught in the base after the coup attempt was quelled are on trial at a high-security courtroom complex in the capital. So far, almost all defendants rejected charges against them despite mounting evidence, including security camera footage and radio conversations in which they ordered attacks.