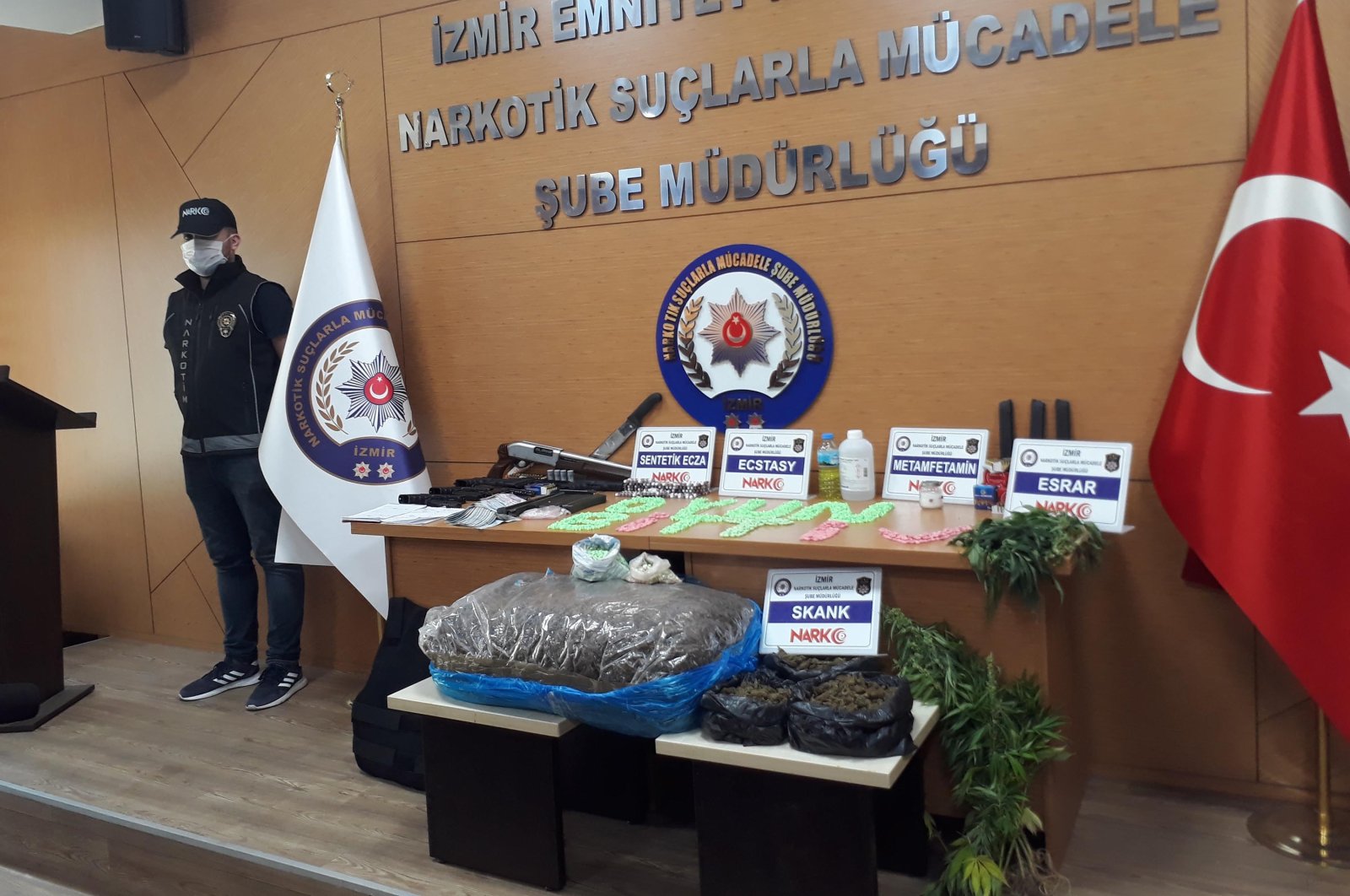 A prominent drug gang in the Aegean province of Izmir was brought down on Monday as part of an expansive police operation.

The gang, known as the “Alabaylar,” was dealt the heavy blow which saw 59 members rounded up.

“Another drug gang has been brought down in Izmir,” Interior Minister Süleyman Soylu announced, adding: “The gang, which coordinated street dealers, was being tracked for over a year."

Turkey has reported greater success in drug hauls over recent years, having stepped up cooperation with other countries to combat smuggling.

The World Drug Report 2020 released by the United Nations Office on Drugs and Crime (UNODC) last week highlighted Turkey’s success in drug seizures but warned that the country remained a popular route for drug smuggling to Europe.

The report, based on 2018 data, said the largest total quantity of heroin seized by a country that year was in Iran, followed by Turkey, the U.S., China, Pakistan, Afghanistan and Belgium. Turkey seized 0.7 tons of opium, 0.4 tons of morphine and 19 tons of heroin in 2018.

Yet, Turkey remains a part of what the UNODC calls the world’s single-largest heroin trafficking corridor known as the “Balkan route.” The route is used for opiates from Afghanistan to be transferred to western and central Europe.

An increasing crackdown on drugs has also helped Turkey crack down on "narcoterrorism," or drug sales made to fund terrorist groups, Turkish officials say. Narcoterrorism profits the PKK, an internationally recognized terrorist group that has pursued a campaign of violence against Turkey since the 1980s. The PKK terrorist group earns $1.5 billion from drug trafficking annually, according to the Turkish National Drug Report for 2018, and controls about 80% of the drug trade in Europe.