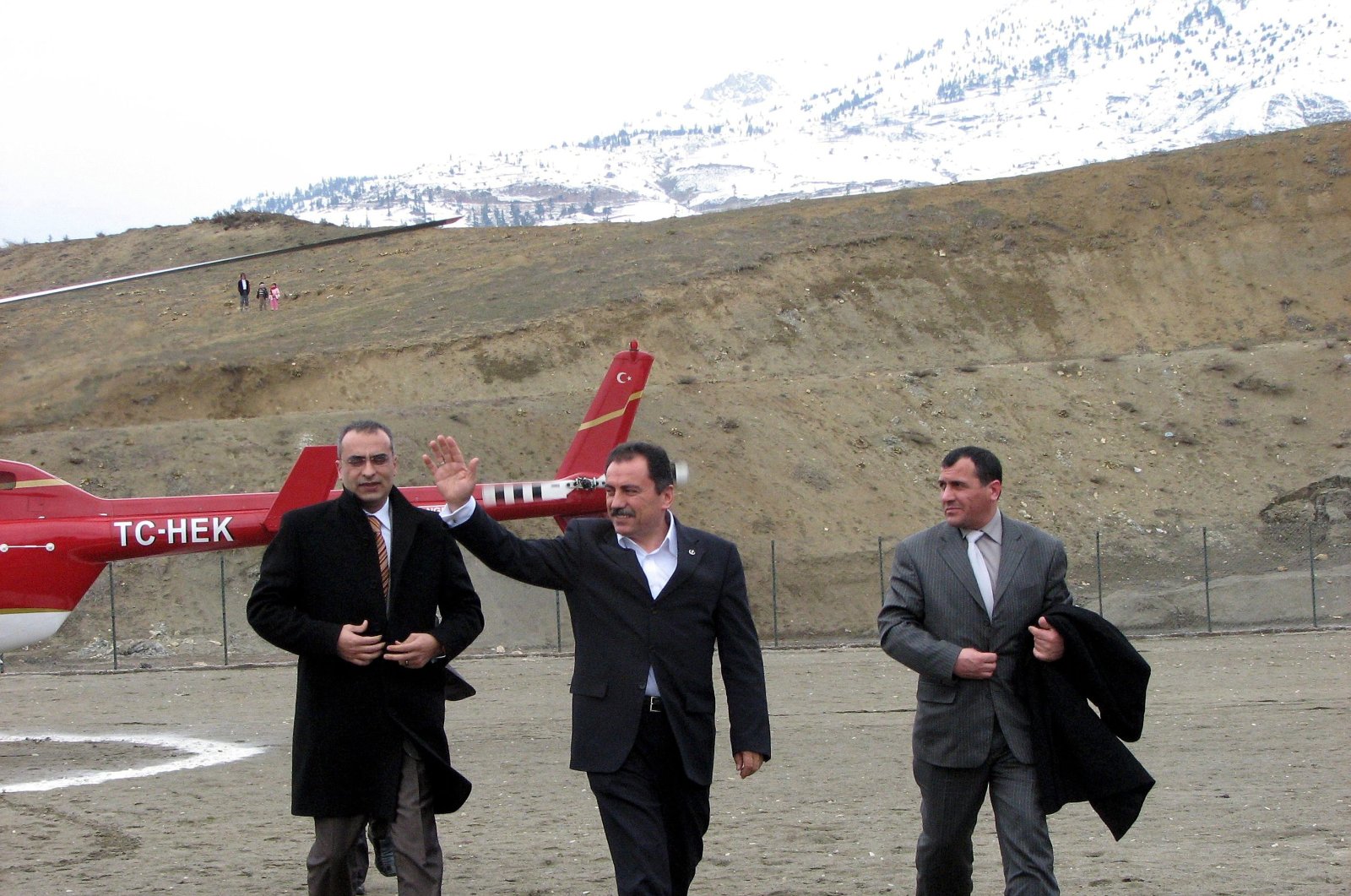 Critical information about the helicopter crash that killed prominent politician Muhsin Yazıcıoğlu remains in the possession of Fetullah Gülen, leader of the Gülenist Terror Group (FETÖ), which has been linked to the incident. Yazıcıoğlu's friends believe it was murder.

The leader of the Great Union Party (BBP), Yazıcıoğlu was on the campaign trail when a helicopter carrying him, his entourage and a journalist crashed into a mountain in the southern province of Kahramanmaraş in 2009.

A new investigation shows a flash drive containing footage of Yazıcıoğlu immediately before and after his death had long remained under lock and key at a bank vault in the eastern province of Elazığ. The institution in question was Bank Asya, a now-defunct lender affiliated with FETÖ. Testimony from a former member of the group shows the drive was then sent to Pennsylvania where Gülen lives in a compound run by his followers.

Code-named Kağan, the former member collaborated with authorities in the investigation. He was in contact with a suspect identified as M.A., who was a lawyer for Aydın Özsıcak and Davut Uçum, two military officers that were part of a search and rescue crew at the crash site. Özsıcak already stands accused of stealing recording devices from the downed helicopter.

“Kağan” told authorities that M.A. once approached him for advice on what to do. “He told me that there was a flash drive about Muhsin Yazıcıoğlu he kept in the Bank Asya branch. He was worried that the state may seize the bank and asked me what to do about it. When I asked him what was in the flash drive, he told me there was footage of Yazıcıoğlu and footage of removal of some parts of the helicopter after the crash. He said there was ‘more’ footage about the crash than we have seen on TV. He then decided to hand over it to ‘another unit’ in reference to (FETÖ) infiltrators in the army and judiciary. Later, he gave it to (the FETÖ) head for (the group’s) Elazığ chapter. In 2015, that man gave it to Gülen during a visit to Pennsylvania,” Kağan said in his testimony.

Özsıcak, along with Davut Uçum, was sentenced to life for attempting to assassinate President Recep Tayyip Erdoğan during FETÖ’s 2016 coup attempt.

Özsıcak is also charged with stealing devices that recorded incidents leading to the crash and those electronics have yet to be found. An investigation discovered that he had mysteriously switched off his cellphone one day before the crash and did not turn it back on for four days. He then received repeated mysterious phone calls five days after the incident.

Yazıcıoğlu’s family has long insisted that the politician’s helicopter was sabotaged or shot down. Several public officials linked to FETÖ face trials over abuse of duty for charges stemming from closing the crash case and for hindering rescue efforts after the incident.

The politician was a staunch critic of FETÖ, a group that for decades tried to infiltrate political parties. Gülen was quoted as saying that Yazıcıoğlu was "removed with a divine blow" in a speech five days after the politician's death. Earlier, a prosecution request against public officials over negligence in rescue operations for Yazıcıoğlu was rejected by the court, but the case was reopened after FETÖ's 2016 failed coup attempt that was followed by the dismissal of a large number of prosecutors and judges, including those that handled the case.