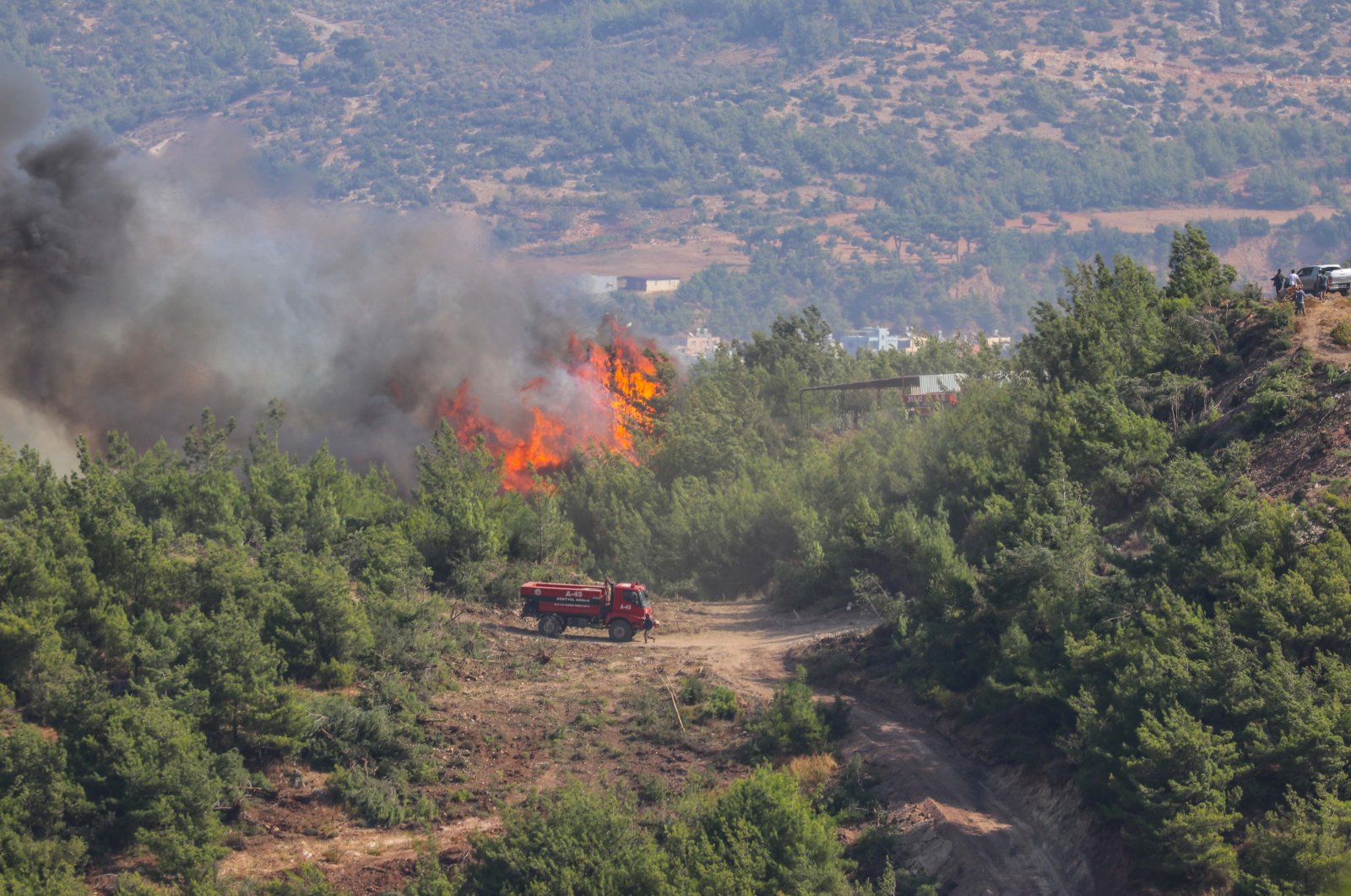 Minister of Agriculture and Forestry Bekir Pakdemirli said Saturday that four suspected arsonists were detained and two were later released over two days of forest fires in southern Hatay province that spread to buildings and sent residents fleeing.

The minister, who arrived in Hatay to inspect extinguishing efforts that lasted over 30 hours, also added that the fire is fully under control.

He added that forestry experts have serious concerns about the possibility of arson or sabotage. Belen mayor told several media outlets that citizens saw a vehicle fleeing after a Molotov cocktail was thrown out.

“Children of Fire,” a group linked to the terrorist group PKK, has claimed responsibility for the fire, as it is the case in almost all forest fires in the country regardless of the cause. The group was implicated by Turkish authorities in several earlier fires. However, the PKK is partly active in the Amanos (Nur) Mountains, stretching southward from the Taurus range in Kahramanmaraş to Osmaniye and Hatay provinces. To deny the terrorist group a safe passage route from war-torn Syria, Turkish security forces conduct regular operations in the region.

The fires began in several parts of Belen district Friday and the forest was still burning on Saturday in windy conditions as helicopters and rescuers sought to douse the flames.

"The investigation continues about the possibility of sabotage and there are suspects detained in relation to the fire," the local governor's office announced earlier.

On Friday, the governor's office said the fire was caused by an explosion in a power transmission unit and that some residential areas were being evacuated.

Firefighters were deployed to battle the flames as it spread to other districts of the province bordering Syria, including the port district Iskenderun and resort town of Arsuz.

A few hours after the fire, another forest fire broke out in Syria’s Latakia, in an area close to Hatay’s Yayladağı district. Firefighters were deployed near the border as a precaution against flames to spread to the Turkish side. The fire erupted about a kilometer away from the border.