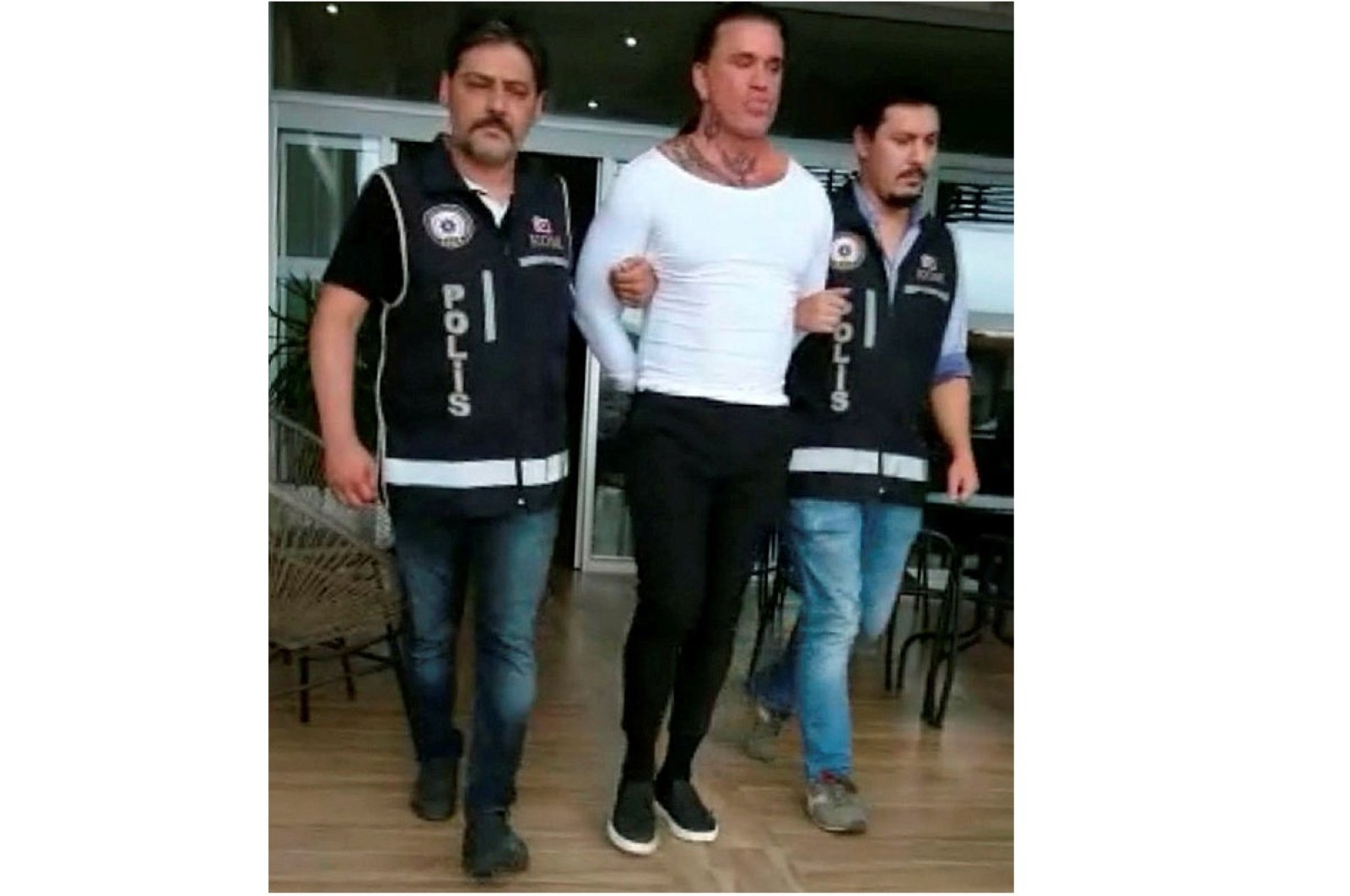 One of the high-ranking members of the Hells Angels gang, who was being sought by Interpol, was nabbed by Turkish security forces on Friday in western Izmir province’s Çeşme district.

Necati Arabacı is said to be the leader of a faction of the gang, whose five members had earlier been arrested for a 2019 murder in southwestern Muğla province’s Bodrum district.

Arabacı is a criminal and high-ranking member of the Hells Angels, who was formerly active in Germany’s Cologne. In 2002 he was arrested in Germany for pimping, human trafficking, assault, extortion, weapon violation and racketeering.

He confessed during his trial in 2004 and was sentenced to nine years in prison.

He was released in 2007 and deported to Turkey.

While in prison, he allegedly controlled the "Colosseum" brothel in Augsburg.

Police still strongly suspect him of controlling the brothel even after his deportation and several members of Arabacı’s gang faction were sighted in Berlin in 2008, possibly trying to “gain a foothold for the gang in the city's red-light scene.”

During his detention in Germany, Arabacı reportedly plotted to kill the prosecutor, and hired an Albanian contract killer from Duisburg.