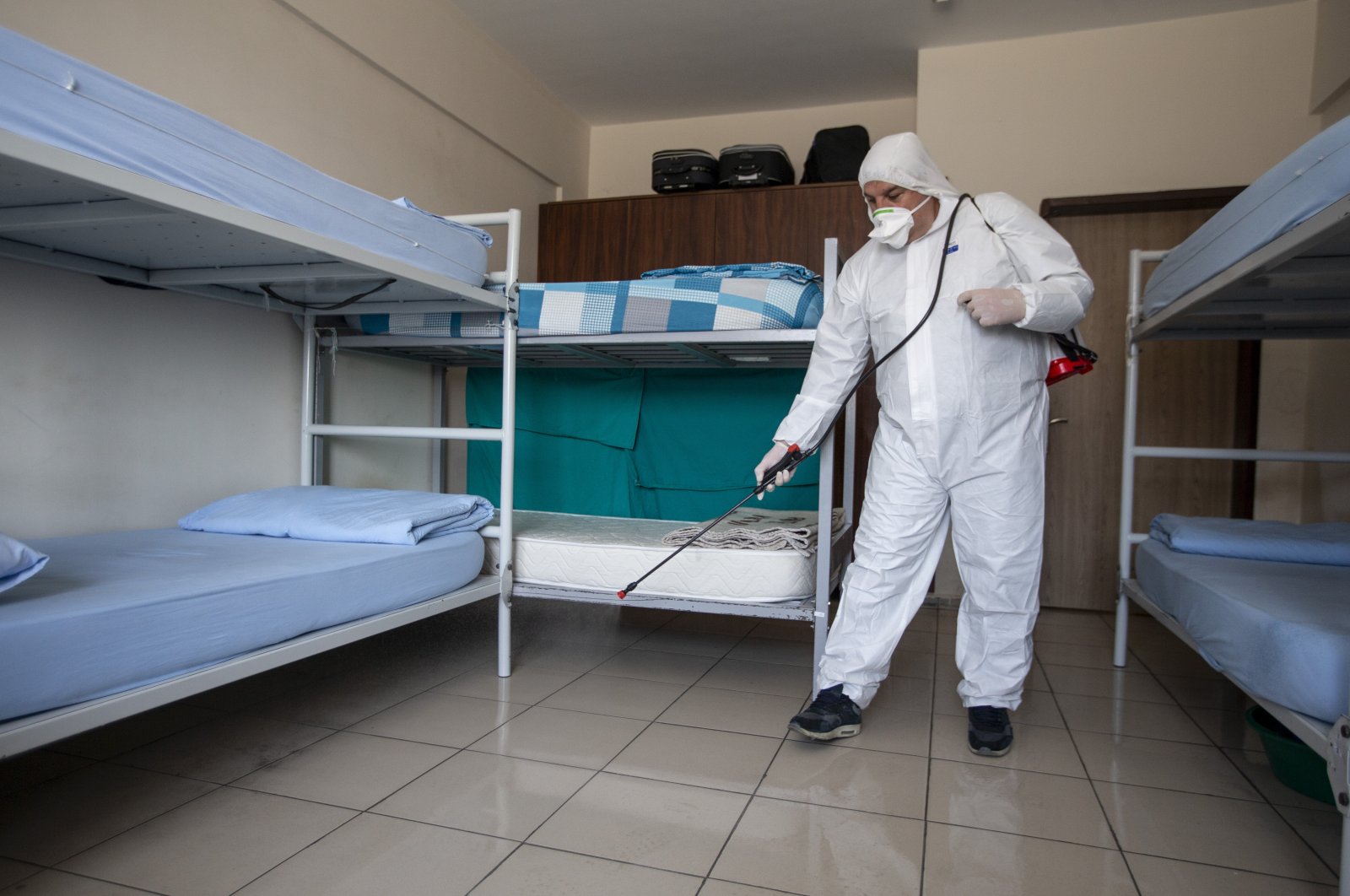 A staff member disinfects a prison in Ankara's Sincan district earlier this month. Justice minister Gül earlier announced that there were no coronavirus cases in prisons in the country, where about 300,000 people remain incarcerated. (AA Photo)
by DAILY SABAH Mar 30, 2020 1:43 pm
RECOMMENDED

Staff of prisons across the country will not be allowed to leave prison as of Monday, Justice Minister Abdülhamit Gül announced Monday, as part of measures against the coronavirus outbreak.

Gül said prison administrations will decide on the period of isolation for the staff who will be required to stay in isolated venues inside prison facilities.

“We are considering utilizing their public accommodation. We have prepared substructure for it,” he said.

Gül had previously announced that there were no coronavirus cases in prisons in the country, where about 300,000 remain incarcerated.

Stressing that all hearings and nonurgent work had been delayed until April 30, the justice minister added that they also aim to halt public circulation in court bailiffs and courthouses, where a huge amount of people flow every day.

Gül also noted that the ministry would not allow the release of those who tried to exploit the pandemic through counterfeiting and the spreading of fake news on social media.

“Investigations have been launched (in the last two weeks) into 459 people to protect public health, 385 people for spreading manipulative news, eight people for bullying elderly people and into 55 people for stockpiling,” Gül said.

Health Minister Fahrettin Koca announced on Sunday that the number of people diagnosed with COVID-19 in Turkey had jumped to 9,217 as the death toll hit 131.

According to the statistics released by the Ministry of Health, 1,815 of the 9,982 most recent tests conducted returned positive for COVID-19, the disease caused by the coronavirus.