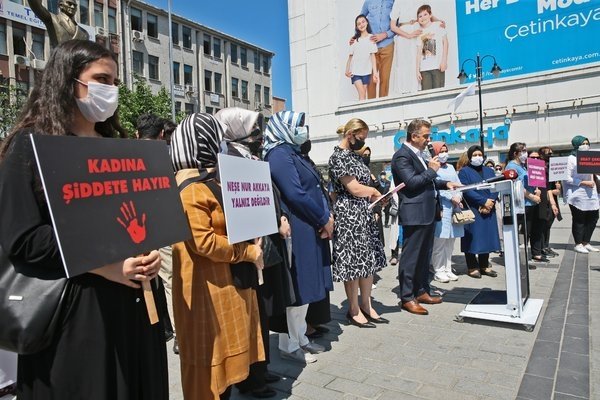 Prosecutors are seeking a prison term of up to six years for E.Ç., a suspect accused of assaulting a woman wearing a headscarf and her friend at an Istanbul park earlier this month in an Islamophobic attack. E.Ç. was arrested upon the complaint of the victim identified as N.N.A., who said he hurled insults and tried to remove her headscarf before physically assaulting her.

The suspect is charged with “inciting people to hatred and enmity” and “deliberate injury.” Prosecutors say the attack was preceded by the suspect telling N.N.A. and her friend Y.F. that he was “disturbed” by their presence. “You cannot live here. Go to Gaziosmanpaşa,” the suspect told the two women loudly, the indictment says, referring to an Istanbul suburb. The incident took place in the upscale Nişantaşı neighborhood.

“E.Ç. expressed this loudly and tried to incite others in the park against (the two women),” the indictment said.

The suspect is also accused of hitting N.N.A. repeatedly with an object he claimed was a water bottle, pulling her headscarf and tripping her over, causing bruises on her face, neck, hands and feet.

According to the indictment, the suspect claimed he argued with N.N.A. when she allegedly kicked a cat. He admitted he hit the victim twice with a plastic bottle.