Outrage over Islamophobic attack on woman in Istanbul 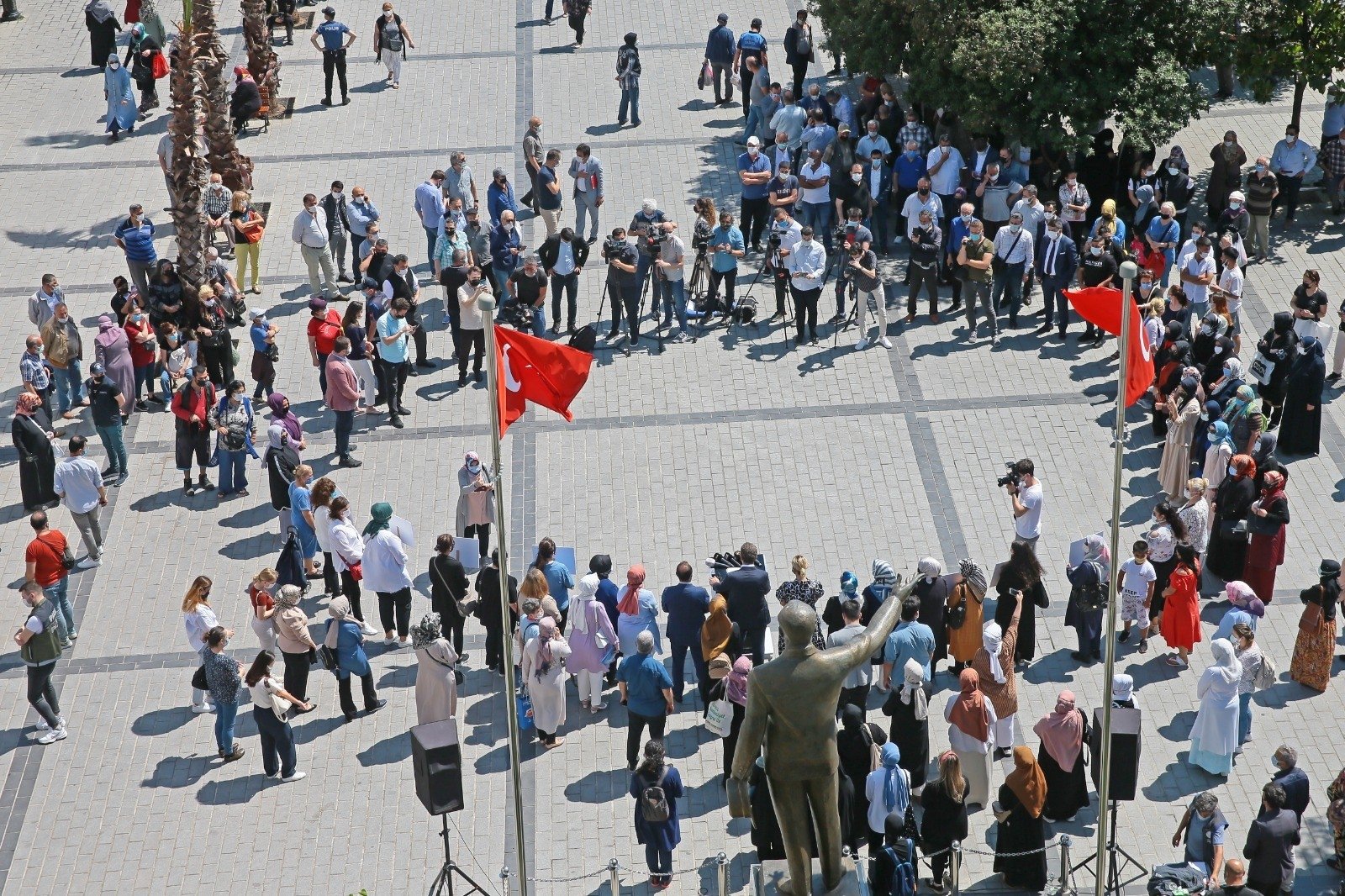 The seething resentment against headscarf-wearing women in Turkey manifested itself again, in the form of a brutal Islamophobic assault in Istanbul.

N.N.A., an academic at Istanbul Technical University (İTÜ), was reportedly petting a cat at a park in Istanbul’s Nişantaşı neighborhood on June 6 when the suspect, identified as E.Ç. approached her and her friend. What followed was the repeat of a scene sporadically occurring in Turkey: The suspect hurled insults at A., simply for wearing a headscarf and started hitting her. The 31-year-old woman passed out due to the intensity of the blows, according to her brother, while the suspect, detained by police, was later released under judicial control, a type of probation that can include house arrest (home detention), limitation on leaving a certain territory and prohibition of entering certain localities, places or defined areas.

The incident drew public ire, with social media filled with messages calling for the proper arrest of the suspect. Politicians and officials, meanwhile, vowed support for Akkaya.

Accounts of A. and eyewitnesses point out that the suspect started hurling insults at A. and said, “What are you doing here? We don’t want you or people like you here. Go somewhere else.” When A. and her friend reacted, the suspect hit her with a vacuum flask he was carrying, before repeatedly punching her. People in the park stopped him before police intervened and detained the man. A. filed a complaint against the suspect who faced charges of “deliberate injury and threat,” but was later released.

The incident follows a similar pattern of attacks against headscarf-wearing women that mostly happen in Istanbul and is a display of hatred toward Muslim women, whose oppression because of their faith was a steady policy of the secular elite-controlled state, especially in the 1990s.

The support poured in on social media for A. while a hashtag calling for the arrest of the suspect, drew widespread endorsement.

Minister of Family and Social Services Derya Yanık announced that her ministry would be a co-plaintiff in an indictment against the suspect.

“Violence and discrimination is a crime against humanity. I condemn this fascist mindset. We will give all our support to our sister in this process,” she said in an online statement.

ITÜ, where A. worked, also vowed support for the young woman who works at the university’s department of architecture.

Reacting to the incident, the Turkish Presidency’s Communications Director Fahrettin Altun tweeted that they would “not leave this country to people whose hearts were darkened with hatred.” Altun compared the assault to a fatal attack against Muslims in Canada.

“A headscarf-wearing sister in Nişantaşı is the victim of an attack carrying the same motives with the Canada attack. This barbarity is unacceptable,” he tweeted.

Altun blamed “unfounded fears, sick, dirty mindset promoted as ideology” as the motive of the attack.

“They alienated a large section of the public adhering to their religious values for years and stirred up unrest,” he wrote. Altun also “wondered why human rights, women’s rights activists were quiet on the attack and if it had something to do with the victim wearing headscarf.”