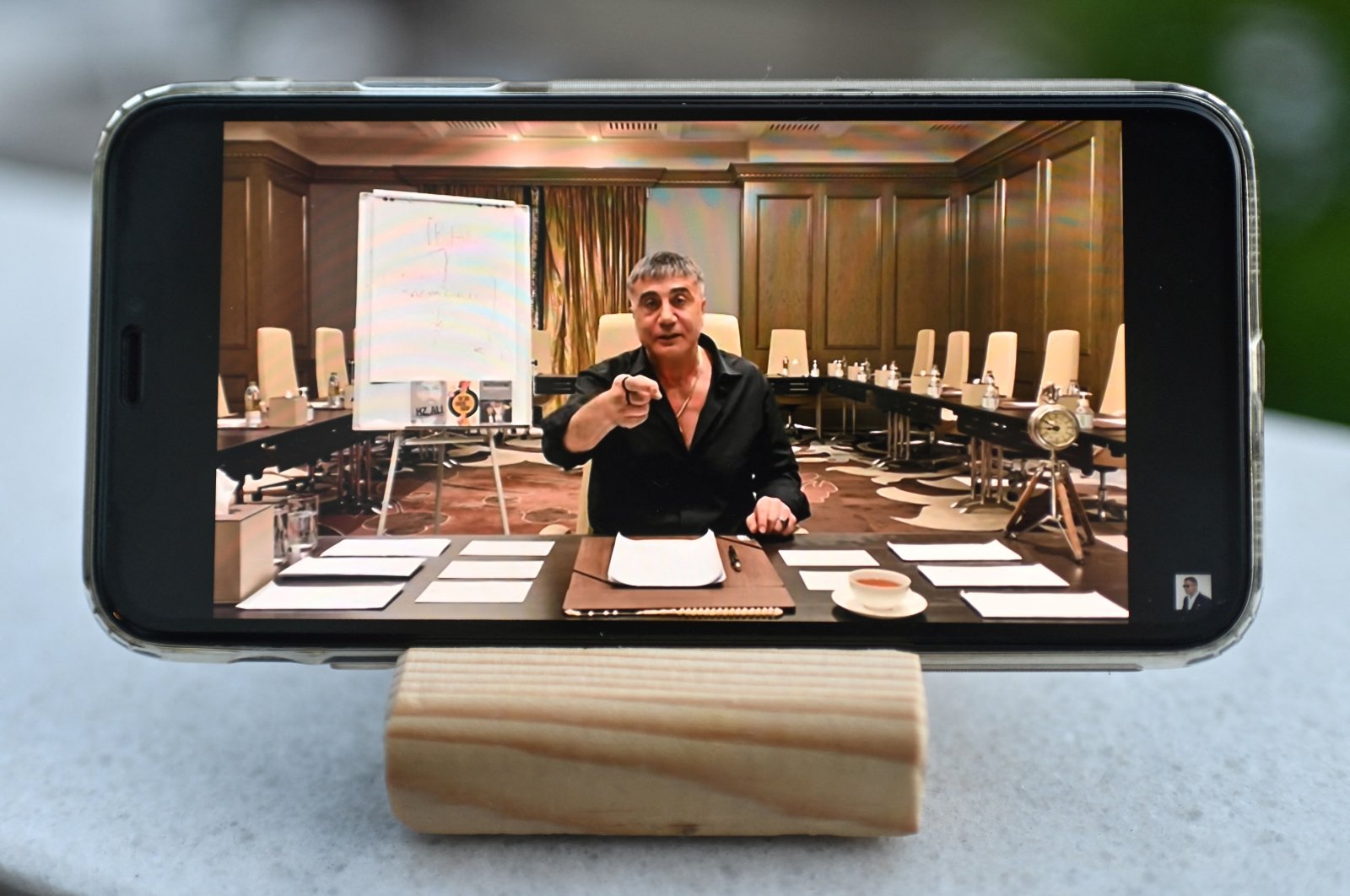 An article dating back to 2016 that was penned by former Pentagon adviser Michael Rubin, a man who knew of an imminent Gülenist Terror Group (FETÖ) coup plot five years ago, is back in the spotlight. Rubin is an American neocon scholar at the American Enterprise Institute (AEI), a fierce advocate of the terrorist group, and he apparently signaled the current plot by mob boss Sedat Peker back in October 2016. Peker, believed to be in Dubai now after fleeing Turkey where he is wanted on charges of running an organized crime gang, made headlines for a series of videos he posted in which he fired up allegations against politicians, particularly Interior Minister Süleyman Soylu. Authorities have slammed Peker’s claims as slander and defamation as the mob boss has failed to produce any evidence for his allegations.

Rubin’s article confirms Turkish officials’ concerns that Peker’s defamation campaign might be the work of anti-Turkey circles, including FETÖ, which seeks to destabilize the country. The article mentions a new “coup on the horizon” against the government, this time courtesy of Peker whom Rubin describes as Turkey’s “most powerful mafioso.” He says that the question remains whether the Turkish mafia and “deep state” would tolerate competition with President Recep Tayyip Erdoğan and asks, “If there is a showdown, will it be violent?” He portrays Peker as a “deep state” figure and points out that he had connections to some politicians “to place a figurehead in the presidential palace” if Erdoğan is “assassinated.” The article bluntly concludes that Erdoğan is “a dead man walking.”

Turkish media outlets say that Rubin’s article was actually the first sign of a plot to topple Erdoğan hatched five years ago but shelved after Democrats in the United States, endorsed by FETÖ whose leader lives in Pennsylvania, lost the presidential election. The Peker plot resurfaced again after U.S. President Joe Biden took office, Turkish media says. In a video that surfaced last year, Biden, then a candidate, said he would seek a regime change in Turkey and expressed his willingness to work with "opposition leadership" in the country to topple Erdoğan in Turkey's 2023 elections. “We can support those elements of the Turkish leadership that still exist and get more from them and embolden them to be able to take on and defeat Erdoğan. Not by a coup, not by a coup, but by the electoral process,” he said. An article on the A Haber website says that a plot is afoot through Peker, who resides in United Arab Emirates which they describe as a “financier of 2016 coup attempt.”

The Turkish news report also mentions that the mob boss’s allegations are similar to those by FETÖ-linked police chiefs and prosecutors against the government during the terrorist group’s 2013 coup attempt.

Peker himself had denied Rubin’s allegations in one of his notorious videos while Rubin responded to him by saying “stop whining.”

Erdoğan last month voiced his support for Soylu in the face of Peker’s allegations. “We stood with our interior minister in his struggle against terrorist groups and criminal gangs. Our nation is aware of everyone who supports terrorist groups, criminal gangs and enemies of Turkey,” Erdoğan said in an address to the members of the ruling Justice and Development (AK Party). Erdoğan stated that the “true intention” of the videos was obvious as they also targeted the son of “our friend,” former Prime Minister Binali Yıldırım, pointing to a plot against top officials as Turkey stepped up its fight against organized crime and terrorism.

Michael Rubin is known for his staunch stance against President Erdoğan and in 2019, he suggested that Erdoğan would "end up being exiled, imprisoned or executed," in an article for the Washington Examiner. He also drew the ire of the Turkish public for his open support of FETÖ, and a number of Turkish lawyers filed a lawsuit against Rubin over the matter.

He had suggested that a coup was imminent in Turkey four months before FETÖ's attempt, though he later argued that it was "engineered" by Erdoğan, a view shared by the terrorist group's supporters seeking asylum abroad with their false narrative of being victims of a "purge." Although he was anti-FETÖ when the group posed as a religious charity movement in the past, he became an advocate for them on social media, while a former FETÖ member claimed that Rubin personally visited the group's leader Fetullah Gülen in the latter's retreat in Pennsylvania in 2015. Rubin is also in close contact with Ahmet Sait Yayla, a fugitive former police chief linked to the terrorist group.