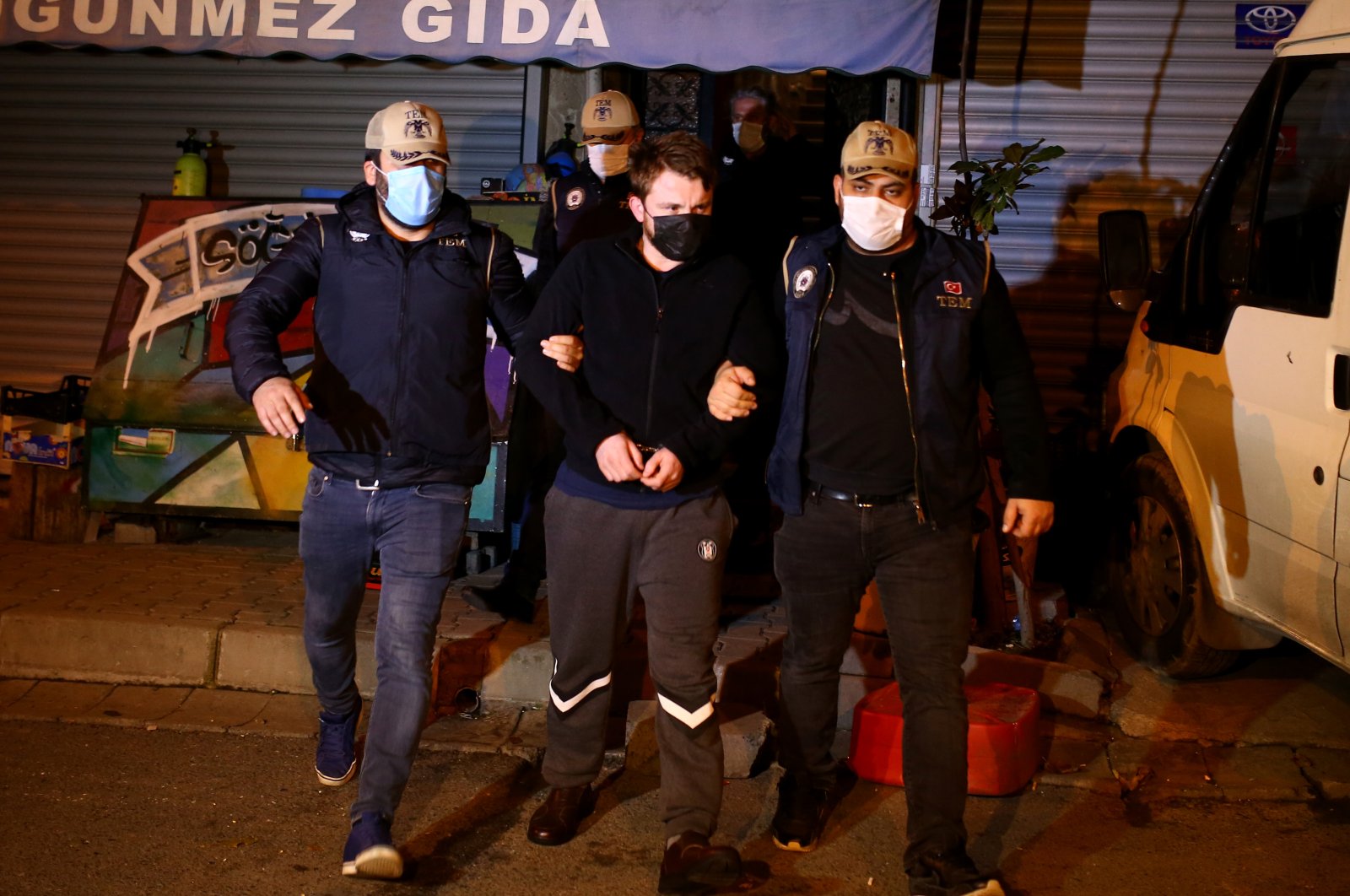 The Istanbul Chief Prosecutor’s Office had previously issued arrest warrants for 70 suspects. Police launched raids in Istanbul and 20 other provinces to capture the suspects, including 15 serving officers.

The arrests came after an in-depth investigation into connections between FETÖ members and military officers that they helped to infiltrate into the army. The prosecutor’s office said that suspects were identified for their links to the terrorist group’s "imams," a name given to the handlers of the group’s infiltrators. Suspects were regularly contacted by handlers via payphones, a common method employed by the terrorist group to avoid detection. Some suspects were identified based on testimonies of the group’s members who had been arrested in earlier operations.

Among the suspects were a colonel, a captain and 45 military officers who had been dismissed from the TSK on suspicion of links to FETÖ. Others were civilians who served as their handlers.

FETÖ was behind the July 15, 2016 coup attempt that killed 251 people and injured nearly 2,200 others. Through its infiltrators in the military, led by a junta which called itself the Peace at Home Council, FETÖ tried to overthrow the government in an ill-fated attempt quashed by a strong, unprecedented public resistance.

The terrorist group has faced increased scrutiny since the coup attempt. Justice Minister Abdulhamit Gül said Tuesday in a speech at Parliament that a total of 3,947 judges and prosecutors have been dismissed since the 2016 putsch bid for their suspected links to FETÖ. Tens of thousands of people were dismissed from the public sector, detained or arrested following the coup attempt. Operations continue almost on a daily basis to capture suspects with ties to the terrorist group as it is believed that some of FETÖ's infiltrators in the army did not actively participate in the coup attempt and managed to conceal their membership.

More prominent figures of FETÖ fled abroad before and after the coup attempt, while members in lower ranks continue trying to reach Europe via Turkey’s Greek border. However, new investigations indicate that the group now also eyes Iraq on Turkey’s southeastern border as an escape route. Sabah newspaper reported Tuesday that an investigation into a captured FETÖ handler revealed that the group’s members were planning their new escape routes via Iraq. The police department in the capital Ankara, where the investigation was conducted, issued warnings to police departments of southeastern provinces, including Hakkari and Şırnak, which border Iraq, to step up border controls against fleeing FETÖ members.