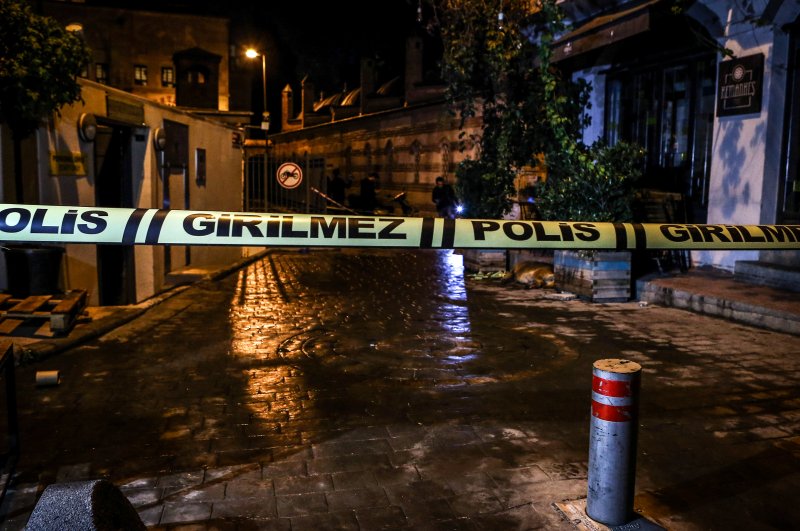 Turkish prosecutors on Monday closed the case on the death of James Gustaf Edward Le Mesurier, a former British intelligence officer who fell to his death in Istanbul last November.

The Chief Prosecutor’s Office ruled that Le Mesurier died of a fall from a great height, dispelling allegations that he might have been murdered.

Le Mesurier was a major figure behind the formation of the White Helmets, a Syrian non-profit which made a name for itself by helping civilian victims of the Syrian conflict.

His connections to Syria and the intelligence community brought his sudden death into headlines. He was found dead near his home in Istanbul on Nov. 11, 2019.

Not long after Le Mesurier's death, reports began circulating that claimed the former intelligence officer was killed by Russian spies, drawing links between his death to botched assassination attempts like the Skripal poisoning incident of 2018.

His behavior captured on security camera footage initially led authorities to believe foul play was involved. Hours before his death, Le Mesurier was recorded at a grocery store smiling as he bought cigarettes for himself and his wife.

The deceased Briton’s wife told police that her husband had given her sleeping pills, which he himself also took before they both went to sleep.

However, footage of his lifeless body showed Le Mesurier did not change his clothes before going to bed. He was still wearing the same shirt and trousers he wore hours before when buying cigarettes. He also had the same expensive wristwatch he was sporting earlier when his body was discovered, an unusual accessory for someone to wear while going to bed.

Authorities suspected Winberg, too, as a fellow foreign resident suspected of having a background in espionage. She has insisted on the claim that Le Mesurier committed suicide, although Winberg remains the only person who could have possibly witnessed the act. The widow's account of their meeting with Faruk Habib, a longtime friend, has also raised suspicions. Habib told police their meeting with Le Mesurier lasted no more than around half an hour, while Winberg said the meeting lasted around two hours.

Le Mesurier allegedly jumped to his death from his lean-to roof, exiting the window of his house. He apparently walked 10 meters before jumping, swerving around air conditioner panels located on the roof, instead of falling directly from the section of the lean-to roof in front of the window.

But despite all the conspiracy theories, Turkish authorities ultimately ruled his death a suicide. His autopsy report said he died due to "general body trauma linked to a fall from height," and that no DNA belonging to another person was found.

Le Mesurier was 48-years-old when he died and had moved to Turkey with his wife in 2015.

He was the founder and CEO of May Day Rescue, which established and trained the White Helmets, also known as the Syria Civil Defense, a group of local humanitarian volunteers.

The White Helmets have been credited with saving thousands of people in opposition-held areas during years of bombing by the Bashar Assad regime and Russian forces in the Syrian civil war.