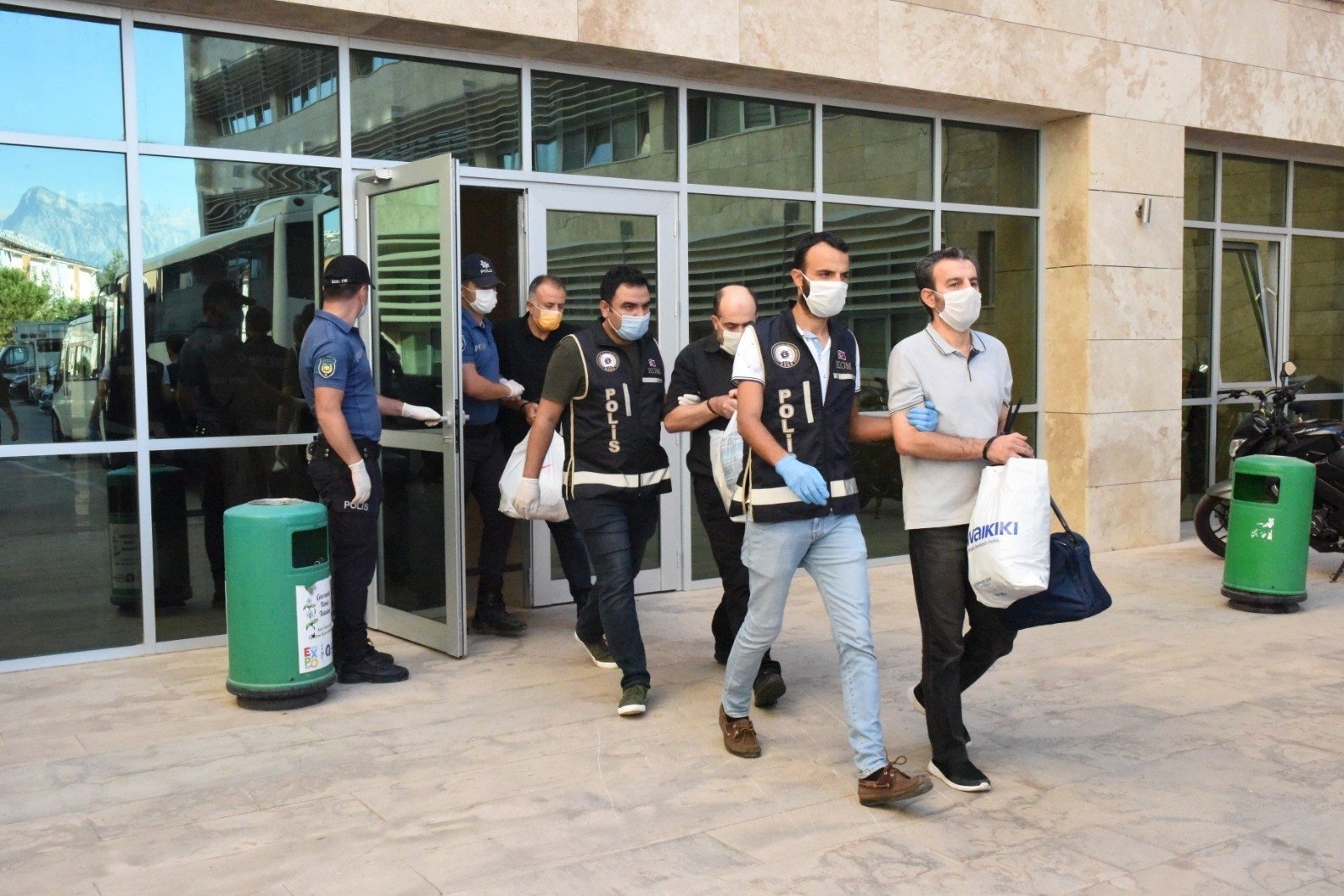 At least 28 people were arrested on Tuesday in the Turkish capital Ankara for their suspected links to the Gülenist Terror Group (FETÖ), the group behind the defeated coup in 2016. This came after the Ankara Chief Public Prosecutor's Office issued arrest warrants for 34 suspects, including 21 active-duty soldiers, as part of a probe into the terrorist group's infiltration of the Turkish Armed Forces (TSK).

The suspects are accused of having contact with "covert imams” or senior FETÖ members serving as their handlers, by payphone. Police carried out an operation and arrested 21 suspects, while a hunt for the remaining suspects is underway. In a separate operation in Ankara, the police arrested two of 11 former judges and prosecutors, who were dismissed by the Board of Judges and Prosecutors (HSK) on Monday for their links to the terrorist group.

The suspects were identified from the testimony of other suspects benefiting from a repentance law. The suspects' link to the terrorist group was discovered in an investigation based on tip-offs, their correspondence with other FETÖ members via an encrypted messaging app developed and exclusively used by group members, an examination of phone records and testimonies of suspects apprehended in earlier investigations.

Media outlets reported that two suspects were members of a FETÖ cell and testimonies of former members showed they stayed in houses operated by the terrorist group while preparing for exams for entrance to the judiciary. Meanwhile, at least five more people were also arrested in the capital for their suspected links to FETÖ. This came after Ankara Chief Public Prosecutor's Office issued arrest warrants for nine suspects, including seven former police officers.

FETÖ was behind the July 15, 2016 coup attempt that tried to overthrow Turkey's democratically elected government and killed 251 people and injured nearly 2,200 others. The terrorist group is also accused of using its infiltrators in the police and the judiciary to launch two other coup attempts on Dec. 17 and Dec. 25, 2013, under the guise of graft probes, in addition to sham trials launched against its adversaries using illegal or fake evidence and trumped-up charges.

On Tuesday, a prosecutor in Istanbul released the final indictment for 90 defendants linked to the terrorist group in such a case, out of which, 73 – including former police chiefs Ali Fuat Yılmazer, Yurt Atayün and Ömer Köse – face hundreds of years of prison terms for a far-reaching plot. The indictment says suspects concocted a fake counterterrorism investigation to justify illegal wiretapping of thousands of people, from the president and ministers to companies and public agencies.