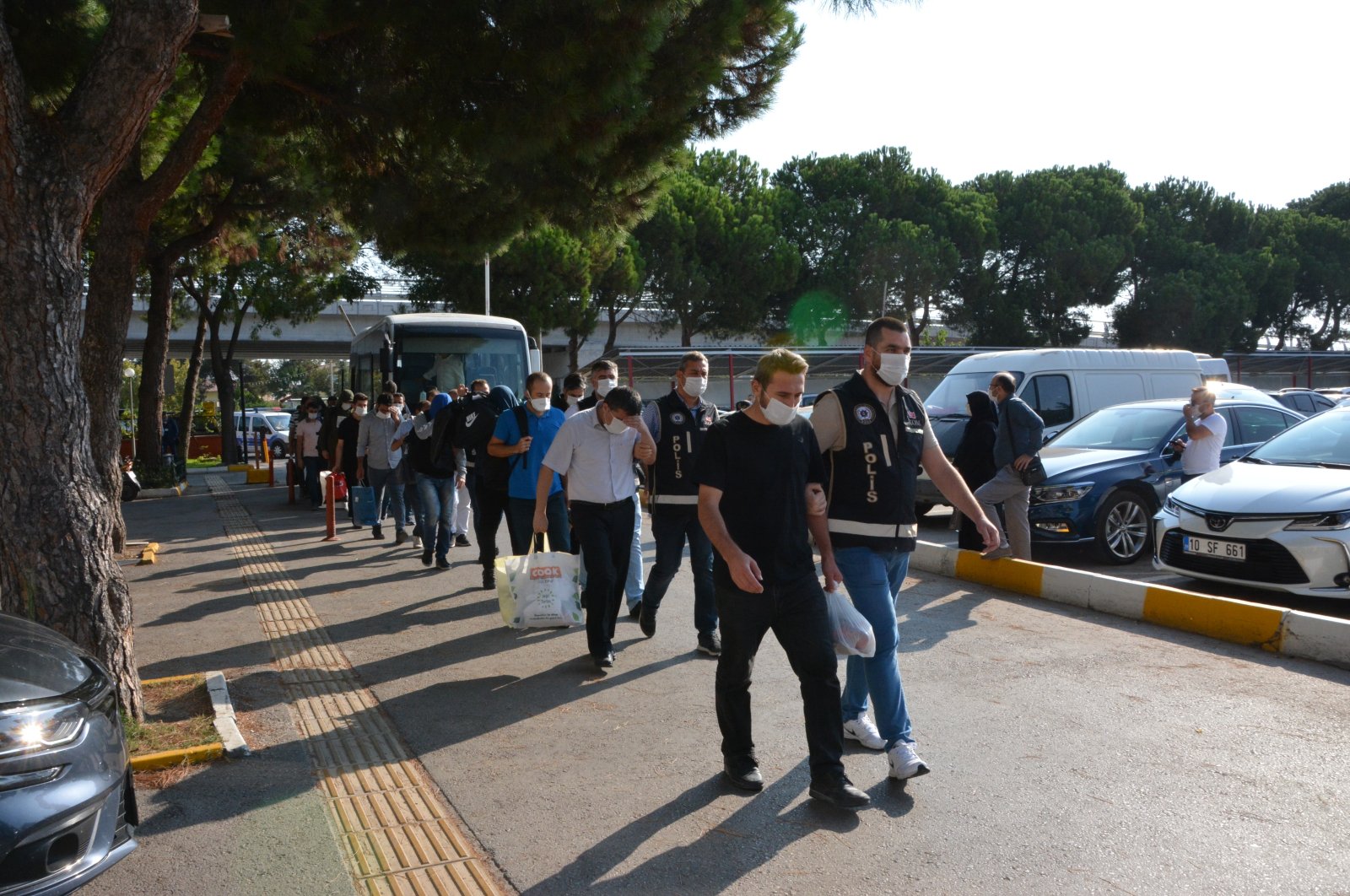 Turkish police arrested 72 people on Tuesday over their suspected links to the Gülenist Terror Group (FETÖ), which was behind a 2016 coup attempt.

Prosecutors in western Izmir province had issued warrants for 66 suspects, including 27 lawyers and an active duty member of the Turkish Armed Forces (TSK). In an Izmir-based operation in 19 provinces, anti-terror police teams arrested 55 suspects. The police continue the hunt for the remaining suspects.

In a separate operation based in eastern Van province, local police arrested 17 suspected FETÖ members in 12 cities. The arrests came after the Chief Prosecutor’s Office in Van issued warrants for 19 suspects accused of communicating with senior FETÖ members by payphone.

Earlier, Turkish prosecutors in western Balıkesir also issued arrest warrants for 24 suspects across the country over their alleged links to the terrorist group. Police carried out simultaneous operations in 21 cities against the infiltrators in the TSK. The suspects are accused of communicating with senior FETÖ members by payphone.

The terrorist group, known for its widespread infiltration of law enforcement as well as the bureaucracy, military and judiciary, moved to seize power three times – twice in 2013 and lastly with the coup attempt in 2016 that killed 251 people and injured nearly 2,200 others.

A recent investigation by prosecutors in the capital Ankara that led to the arrest of 44 people revealed that FETÖ also maintained cells of lawyers loyal to the group and sought to exert a grip on prominent jurists. The investigators say that the terrorist group wanted to recruit prominent lawyers to spread pro-FETÖ propaganda, and those not affiliated with the group but who served its purposes anyway were described as "useful fools" by the group's members. FETÖ-linked lawyers are also accused of threatening the families of the group's members who decided to cooperate with authorities and give information about the terrorist group's wrongdoings.

Police have launched nationwide operations against the group following the 2016 coup attempt. Hundreds of military infiltrators have been discovered and arrested in the investigations, while tens of thousands have been arrested for links to the group. The state of emergency declared after the coup attempt sped up the crackdown against the terrorist group's infiltrators. Some FETÖ members managed to flee abroad, while others are believed to still be hiding their ties to the group. Several former members confessed to authorities that senior figures in the group trained them on how to avoid being detected while serving in the army, law enforcement and the judiciary.