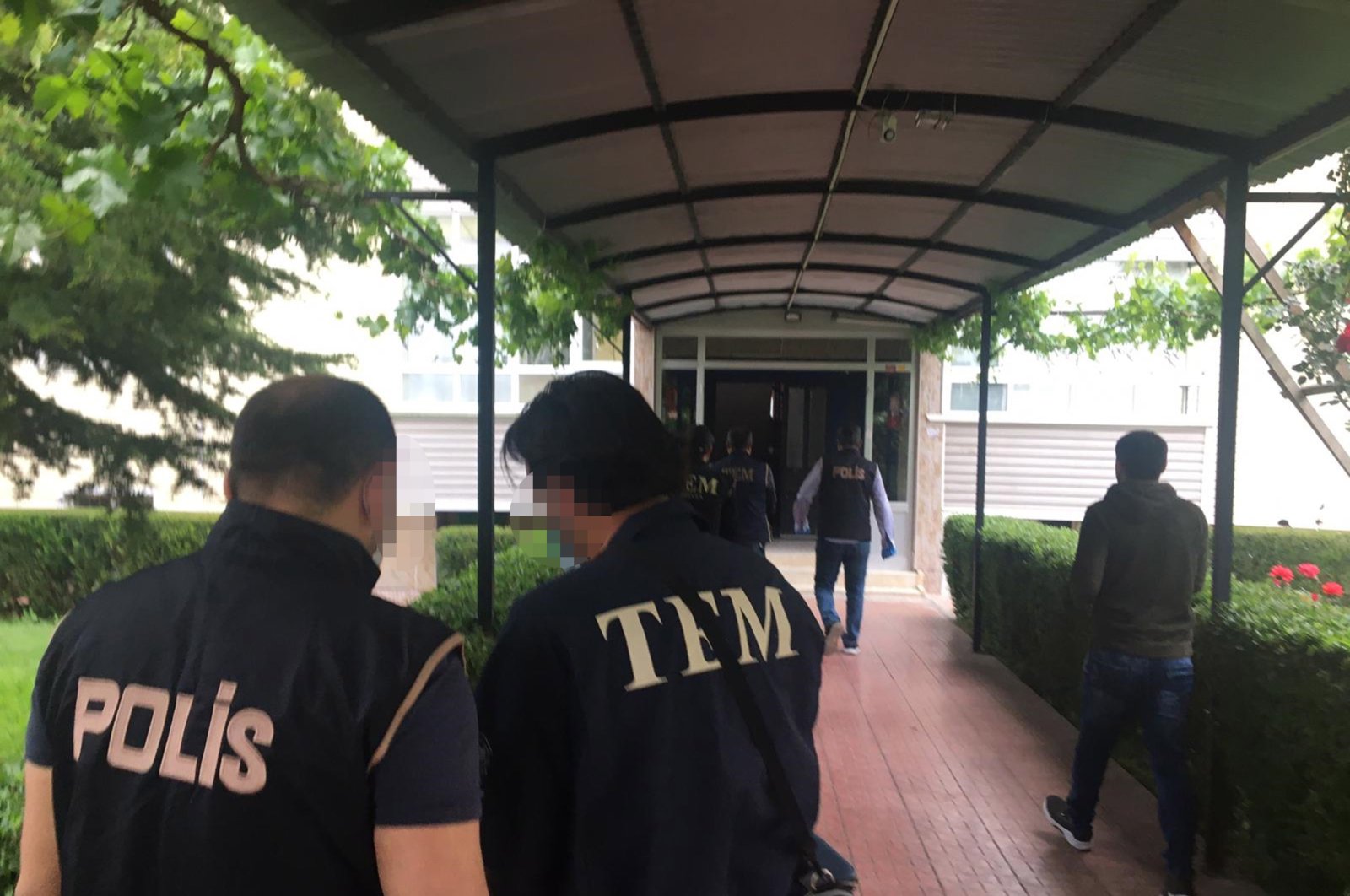 A man suspected of having threatened a Turkish-Armenian foundation was arrested in his Konya home before being immediately taken to Istanbul for questioning, May 30, 2020. (DHA Photo)
by Daily Sabah
May 30, 2020 5:14 pm

A resident of the central city of Konya has been arrested at his home on suspicion of sending threatening messages to the Hrant Dink Foundation, Turkey's interior minister announced Saturday.

The professional tiler, 25, has had the cell phone he used to deliver the threats confiscated for examination and was taken to Istanbul for further questioning, Interior Minister Süleyman Soylu said.

The foundation, which focuses on fostering Turkish-Armenian cultural relations and was established following the assassination of namesake journalist Hrant Dink, contacted authorities after receiving an anonymous warning that: "Let's just say you'll have to flee or you'll have to die – and this time it will be Rakel Dink and that lawyer who get it."

Police immediately sprung into action and determined that the message had been sent from the central city. The local police's anti-terror branch was then contacted, before dispatching teams on Saturday morning to apprehend the suspect at his home in the city's Bosna Hersek neighborhood.

Dink, the editor-in-chief of the Armenian Agos weekly, was assassinated outside his Istanbul office on Jan. 19, 2007, in a murder initially attributed to nationalists disturbed by his outspokenness on the Armenian genocide, a thorny issue for Turkey, and especially nationalists. Ogün Samast, a teenager, was captured and sentenced to 23 years in prison for the daylight murder, but further inquiry found several public and police officials linked to the Gülenist Terror Group (FETÖ) tried to cover up the case.

In reference to another incident in which a "provocateur" looking to incite tension among Turkey's multifaith communities had been swiftly reprimanded, Soylu announced the arrest of the suspect on social media, stating that: "The provocateur who broke the cross off a church in Kuzguncuk was caught in 24 hours. The provocateur who mailed threats to the Hrant Dink Foundation was caught immediately. We will allow for zero provocations! Have faith in the Turkish police."