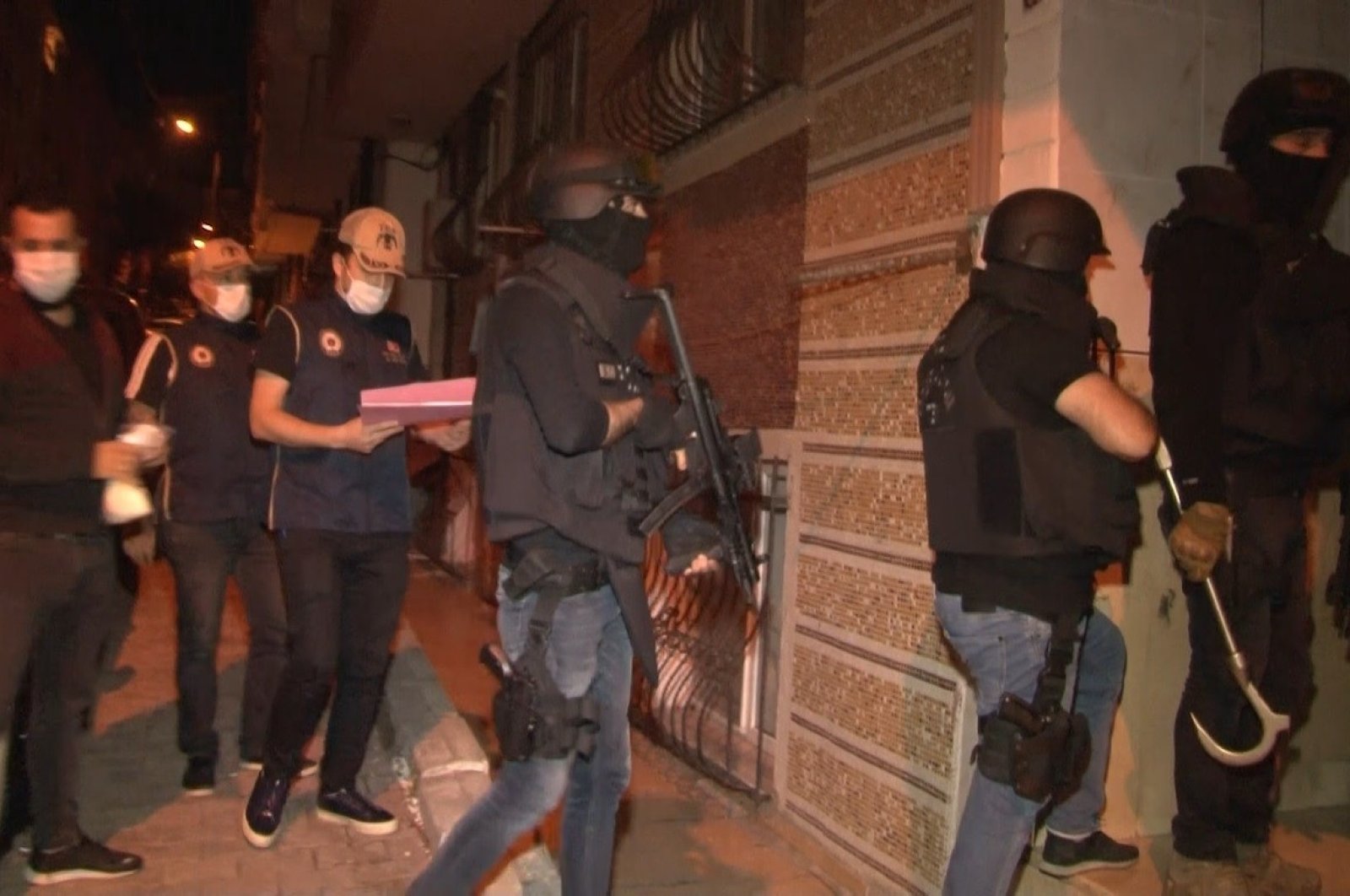 Counterterrorism police in Istanbul launched night raids across the city and captured 13 suspects linked to the terrorist groups Daesh and al-Qaida-linked Hayat Tahrir al-Sham (HTS). All suspects were foreign nationals, including Russian citizens and from unnamed Central Asian countries.

Turkey designated the HTS as a terrorist group in August. It is the most powerful terrorist alliance in Idlib, the last major opposition-controlled enclave outside Bashar Assad's control. After the fall of Aleppo in November 2016, dozens of opposition groups, including Ahrar al-Sham and the HTS, squeezed into the area.

Nevertheless, Daesh was more active in Turkey with a string of attacks that killed hundreds over the past several years. According to Interior Ministry figures, at least 2,000 people were arrested and 7,000 others deported in recent operations against Daesh in Turkey, while around 70,000 people have been denied entry into the country over their suspected links to the terrorist group.

Turkey was one of the first nations to recognize Daesh as a terror group in 2013, as soon as it emerged. The country has since been attacked by Daesh terrorists numerous times, including 10 suicide bombings, seven bombings and four armed attacks that killed a total of 315 people and injured hundreds more. In response, Turkey launched military and police operations at home and abroad to prevent further assaults.

The terrorist group has been working to establish a new formation in Turkey after taking heavy blows in Iraq and Syria. According to testimony by terrorists detained in previous operations in Adana province, Daesh had been trying to kidnap judges, prosecutors and tourist groups as ransom in return for its terrorists held in Iraq and Syria.