Shark in aquarium to be removed from nightclub in Turkey's Alanya 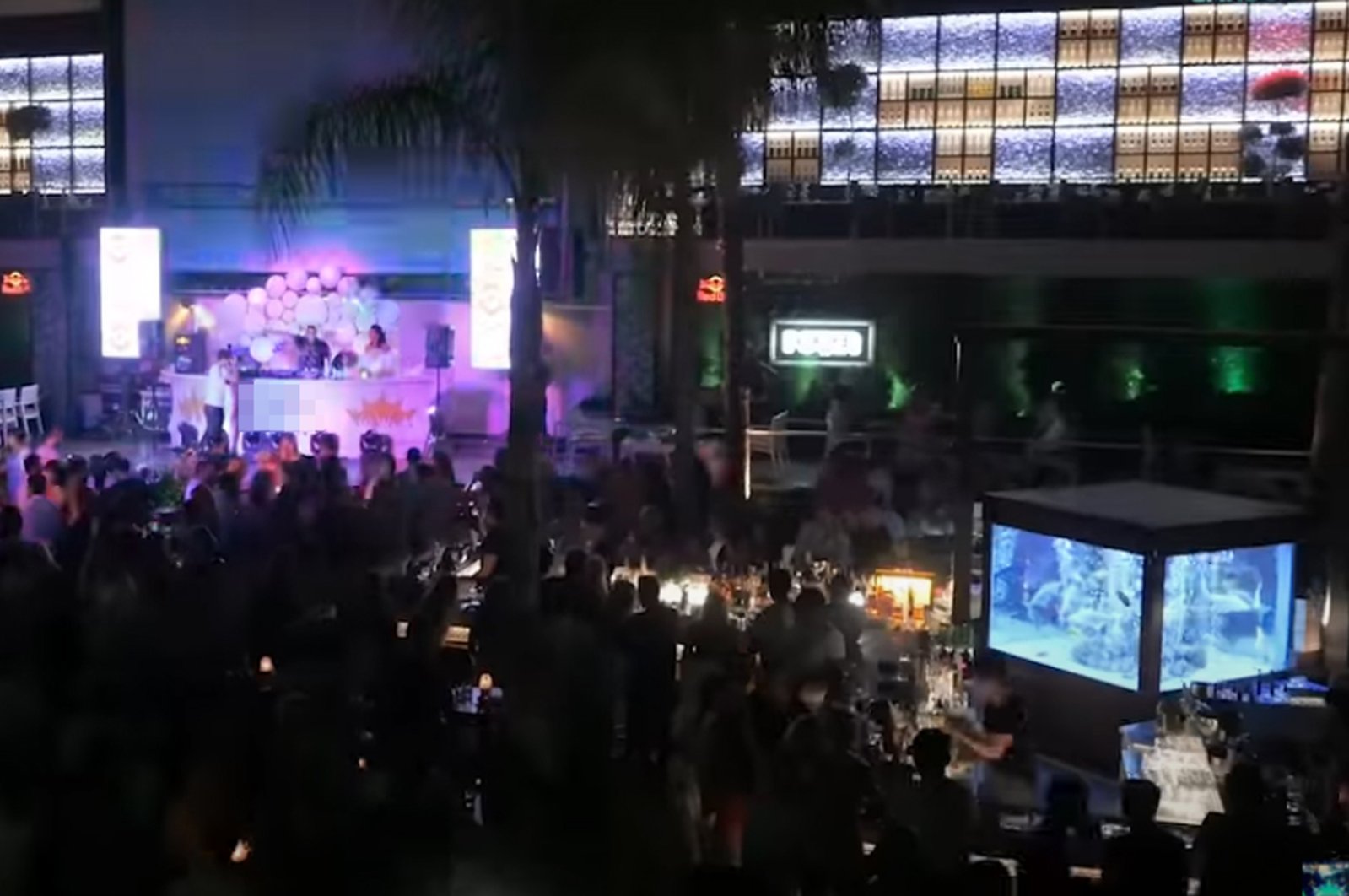 A nightclub in the Turkish resort town of Alanya was fined after authorities were notified that the business was displaying a shark inside an aquarium, with officials deciding to move the animal somewhere more appropriate.

In September, a German tourist took a picture of the shark and notified the German branch of animal rights nongovernmental organization (NGO) People for the Ethical Treatment of Animals (PETA Germany). The NGO initially sent a letter to the nightclub, demanding its officials to set the shark free. As the demand was left unanswered, PETA Germany and Turkish NGO Yunuslara Özgürlük Platformu (Platform for Freedom for Dolphins) contacted Demirören News Agency (DHA) on the matter.

DHA's bureau in the southern province of Antalya reported the issue and echoed PETA's call, which said that the same business was also urged to set the animal free in a social media post three years ago.

Following the report, experts from provincial and district directorates of agriculture and forestry inspected the nightclub on Sunday. A statement released after the inspection said that the shark is a "Carcharhinus limbatus," which is found throughout the world's oceans, except for the Black Sea. The animal, which was being kept in an aquarium measuring 3 to 4 cubic meters (790 to 1,060 gallons), measures 60 to 70 centimeters (23 to 28 inches) and weighs 6 to 7 kilograms (13 pounds to 15.5 pounds), the statement said.

Authorities fined the nightclub TL 1,500 ($133) over physical and physiological maltreatment of the animal and violating the law. The shark, which business officials said was brought in from Singapore nine years ago, was left temporarily in the nightclub, which is currently closed. The nightclub officials are required, however, to either find a more suitable environment for the shark or have it transferred to another place.

PETA Germany had previously explained in its letter that more than 100 million sharks are being hunted and killed in the world's oceans, and millions more marine creatures are being deprived of their own habitat and sold to the global aquarium industry. Animals in captivity die earlier than those in the wild, the statement said, adding that those who are responsible for the deaths immediately look for replacements.

Writing on behalf of PETA Germany and its 1.5 million contributors, Dr. Tanja Breining, a marine biologist and PETA Germany's expert adviser on fish and marine animals, explained: "Reversed day and night rhythm, disturbance caused by party dwellers, loud music and vibration from base sounds subject the shark to unbelievable amounts of stress."

"These fish can even locate remote sound waves that go unnoticed by human beings. That's why intense levels of bass in the nightclub can cause fatal results on sharks, which are a very sensitive species of fish. Sharks swim for kilometers each day in the ocean to find and explore different marine creatures by using all of their hearing abilities. Imprisoning the "king of the seas" in a small pool or glass container where no excitants are found, subjecting it to constant flashing, loud music and deep bass effect are undoubtedly torture," she said.

Breining went on to call on the nightclub officials to end this torture by finding a more suitable place for the animal, offering help in this process. She also called on the nightclub to stop displaying real animals and switch to virtual reality aquariums.

The statements gave a nightclub in Kiel, a billiard club in Stuttgart and a restaurant in Berlin as examples from Germany that followed their call to remove aquariums.

Öykü Yağcı from the Turkish NGO also said that pet shops are primarily responsible for the trade of animals, and these businesses should be banned by Parliament in line with common demands of animal rights activists.

Sharks bought for small aquariums in homes and businesses usually end up in thematic aquariums in a chain of torture and exploitation, Yağcı said, calling on citizens to avoid businesses that profit from animals in captivity.