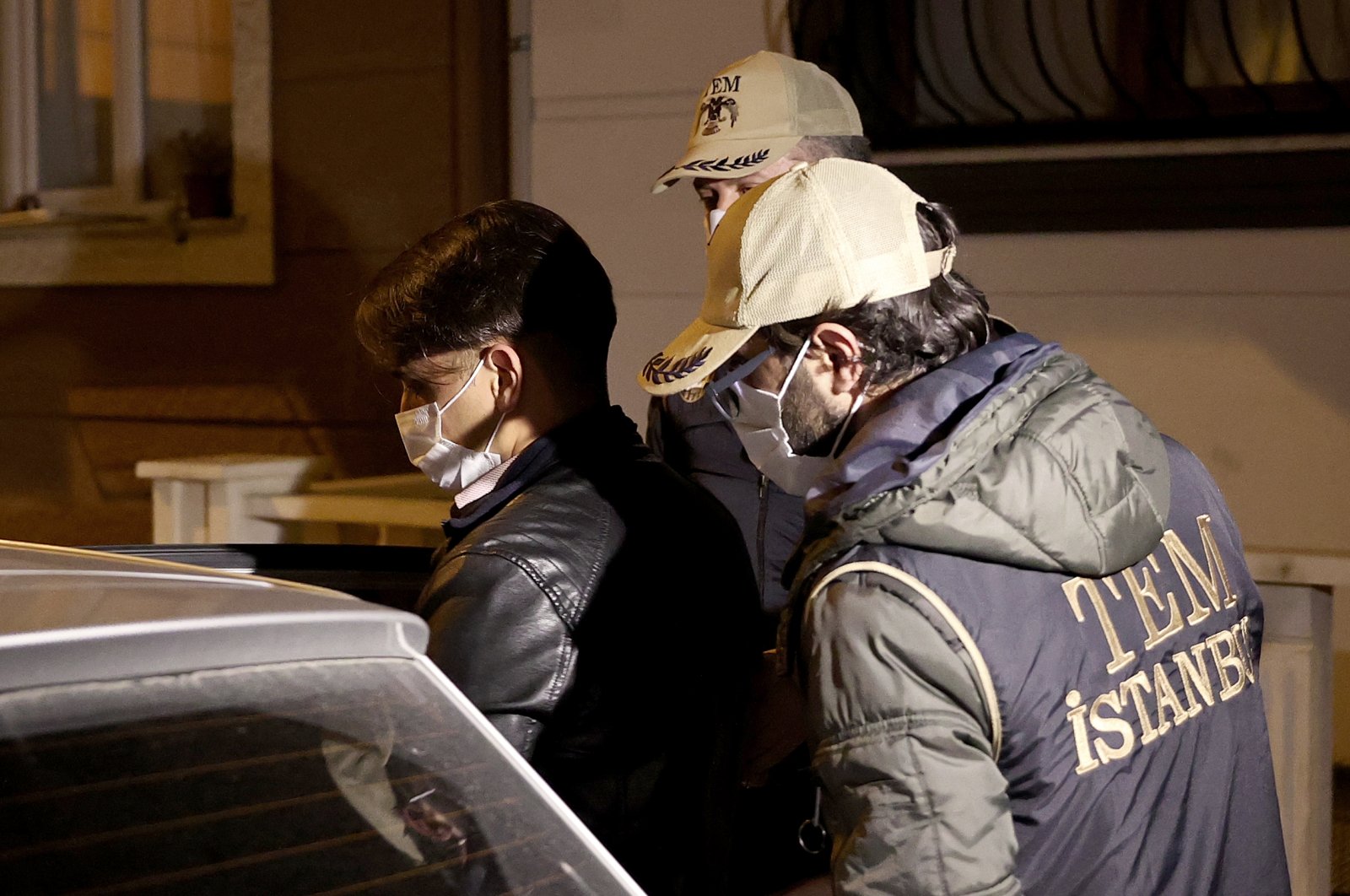 Security forces on Tuesday arrested 100 suspects in nationwide operations over their alleged links to the Gülenist Terror Group (FETÖ), the group responsible for the July 15, 2016 coup attempt.

Prosecutors in the capital Ankara issued arrest warrants for 13 suspects, including nine active personnel in the Turkish Armed Forces (TSK), one senior FETÖ member and three sergeants who had been dismissed from the army for their suspected links to the group.

The suspects are accused of communicating by payphone with those with alleged links to the terrorist group's covert network in the Turkish Land Forces Command. Anti-terror police units have so far arrested 10 suspects.

Also in Ankara, arrest warrants were issued for 17 additional suspects with alleged links to senior FETÖ members who used Bylock, an encrypted messaging app developed and exclusively used by FETÖ members. Police teams have arrested 15 of the suspects and continue the search for the others.

Separately, a total of 52 suspects were arrested in Istanbul-based simultaneous operations across 33 provinces. Prosecutors in Istanbul issued arrest warrants for 118 personnel of the Turkish Land Forces Command, including 10 active-duty soldiers. They were accused of communicating by payphone with other FETÖ members. The hunt for 53 fugitives is underway, with 13 of them reportedly abroad. Six additional suspects were arrested in operations across five provinces. Prosecutors in the northwestern province of Balıkesir issued arrest warrants for eight suspects over their use of ByLock. Some 17 suspects were arrested in operations across seven provinces, upon arrest warrants issued by prosecutors in central province of Niğde, a security source said.

Elsewhere, two men, who were extradited from Ukraine last week, provided their testimonies to investigators and revealed the terrorist group’s network in Iraq, Kosovo and Afghanistan. Suspects, namely Salih Fidan and Samet Güre, were in charge of the group’s cells in Iraq’s Baghdad and Irbil respectively.

The duo confessed to collaborating with human traffickers in smuggling wanted FETÖ suspects from Turkey to Iraq. The investigation also revealed a scheme in which FETÖ members in Iraq were smuggled to Europe, aided by members of the Revolutionary People’s Liberation Party-Front (DHKP-C), another terrorist group.

Güre and Fidan, who worked at schools linked to the terrorist group and previously worked at educational institutions run by the group in Kosovo and Afghanistan, disclosed information about the group’s senior members in the countries. The suspects invoked a remorse law that grants members of terrorist organizations more lenient prison sentences if they collaborate with the authorities.

They told investigators that the group’s members in Iraq started seeking shelter in Europe as relations between Turkey and Iraq began to improve and extradition requests were imminent.