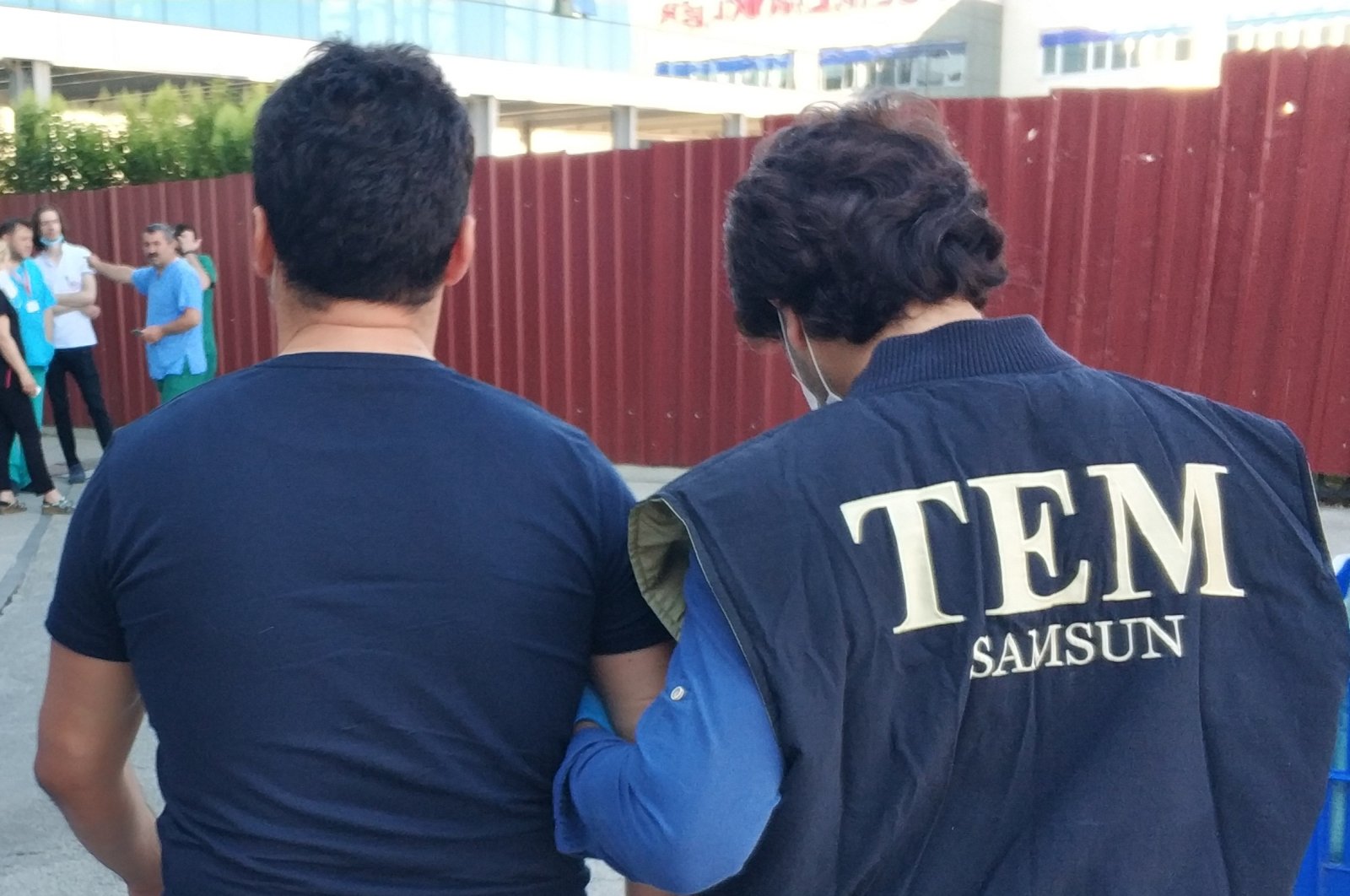 As many as 159 suspects were arrested Tuesday for alleged links to Gülenist Terror Group (FETÖ), which was behind the 2016 coup attempt in Turkey.

At least 112 suspects were held for having contacts with "covert imams,” or senior FETÖ members in charge of the group's secret members, by pay phone. Pay phones were one of the methods the group used to disguise contacts between its members. A Turkish intelligence report shows that the terrorist group turned to pay phones as early as 2009 to arrange meetings of its infiltrators and their handlers.

The suspects, including active-duty members of the Turkish Armed Forces (TSK), were arrested in an Izmir-based police operation launched across 56 provinces.

A hunt for the remaining suspects is underway by the provincial security directorate and gendarmerie command teams in the Aegean province of Izmir.

Meanwhile, in the Black Sea province of Samsun, police arrested three suspects, including one on-duty soldier, who were accused of communicating with "covert imams" using pre-paid phone cards, the security sources said.

FETÖ posed as a religious group for years under the leadership of Gülen before it disclosed its true intention – to topple the government and create chaos in the country – in 2013, with two plots targeting people close to the government. Turkey managed to stave off these attempts and launched operations against the group, which was designated as a national security threat.

In 2016, the terrorist group tried to seize power again, this time by staging a coup attempt with the aid of its infiltrators in the Turkish Armed Forces (TSK). This attempt was quelled too, and the group faced heightened scrutiny. Police have launched countless operations against the group since the 2016 coup attempt that killed 251 people and injured nearly 2,200 others. Hundreds of military infiltrators were discovered and arrested in investigations while tens of thousands were arrested for links to the group.