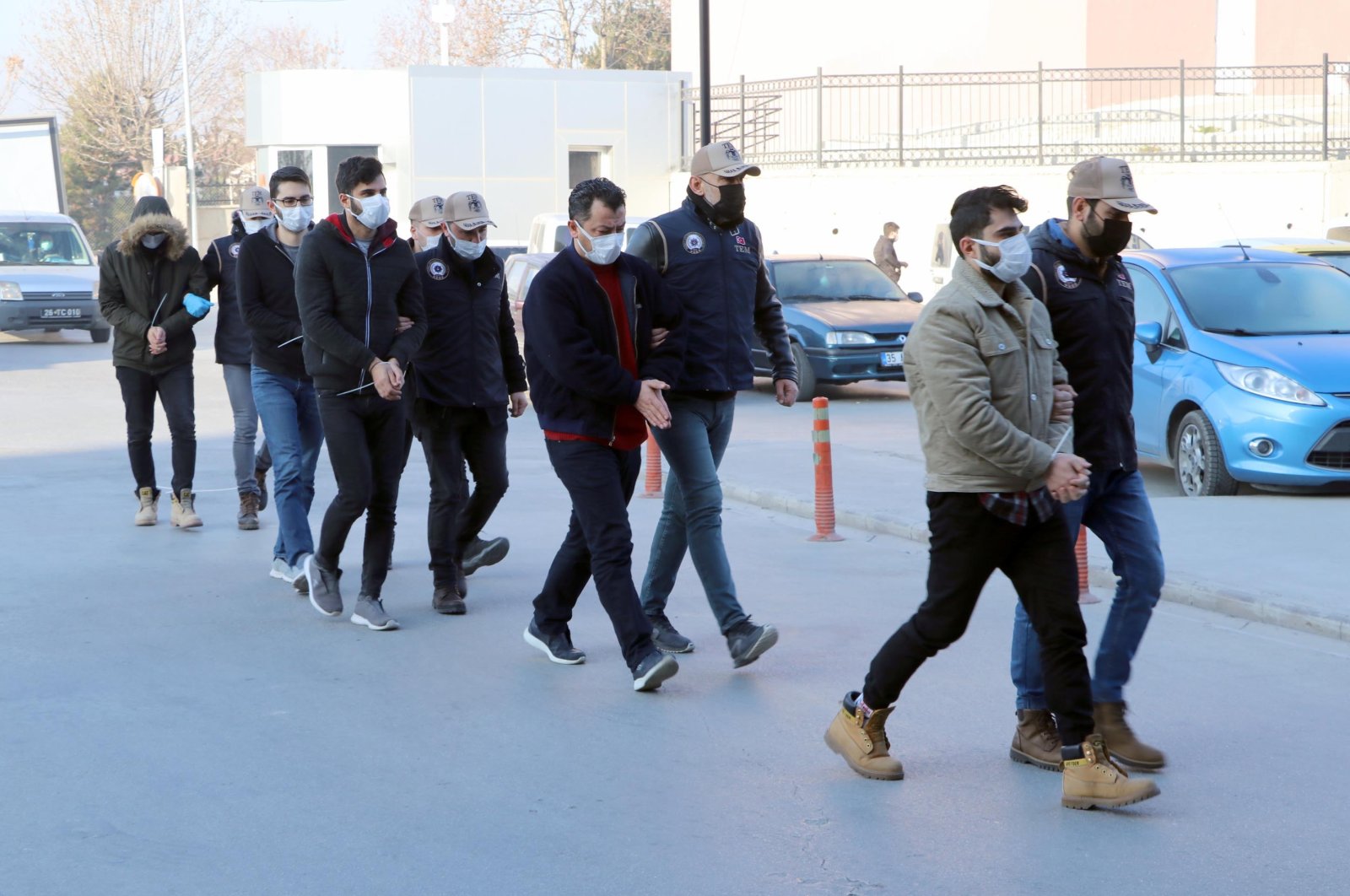 Turkish police arrested 76 suspects nationwide Friday for their alleged links to the Gülenist Terror Group (FETÖ), which was behind the 2016 coup attempt in the country.

Provincial anti-terror and intelligence teams determined that 66 of the detained suspects frequently changed their addresses to avoid being caught and rented "safe houses" through their relatives, who do not have a record of links to the terrorist group. The operation to capture the identified suspects was carried out as part of an investigation initiated by prosecutors in the western province of Izmir. One of the suspects was identified as the son-in-law of Mustafa Özcan, a senior figure of the terrorist group. Özcan is among Turkey’s most-wanted FETÖ suspects with a reward of TL 10 million (more than $1.2 million) for information that would lead to his capture. Former members of the group say Özcan is the “Turkey imam” for the terrorist group or the top name organizing the international terrorist group’s activities in the country. He has been long viewed as a potential successor to Fetullah Gülen, the group’s leader who currently resides in the United States.

The suspects, including alleged senior members and "covert imams" (handlers for the group's infiltrators in various fields, from military to judiciary) of the terrorist group, were rounded up in Izmir-based operations in the early hours of Friday. During the raids, police also seized undisclosed sums of money, forged IDs and digital materials.

Separately, 10 other FETÖ suspects were arrested in an operation based in central Eskişehir province against the terrorist group's infiltrators in the Turkish Armed Forces (TSK).

The arrests came after prosecutors in Eskişehir issued warrants for the suspects, including active-duty military officers.

FETÖ, which managed to plant its infiltrators everywhere from law enforcement to the judiciary and from the bureaucracy to the military, has moved to topple the government with various schemes in recent years. Following the coup bid on July 15, 2016, it faced increased scrutiny and many of its members fled abroad. Tens of thousands of people were detained or arrested for FETÖ links during and after the state of emergency declared in the wake of the foiled putsch bid. Police still carry out operations almost on a daily basis to capture suspects who managed to hide, while testimonies of captured suspects help prosecutors detect the terrorist group’s members who skilfully covered up their secret links to the group.