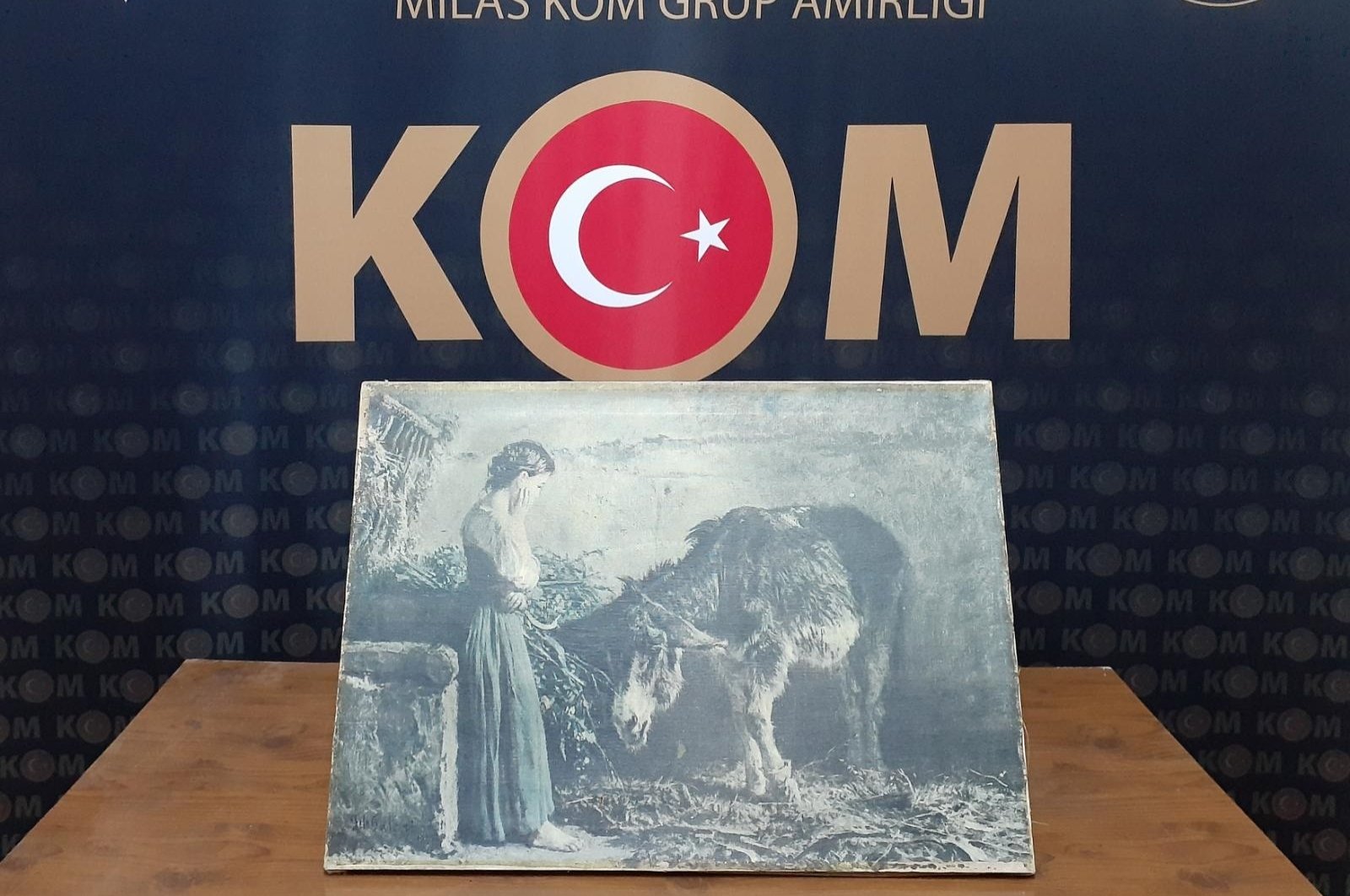 Anti-smuggling teams in the southwestern Milas district of Muğla province received intelligence that several historical objects were going to be brought from outside the city, according to a security source who asked not to be named due to restrictions on speaking to the media.

The teams raided a hotel room of three suspects and found the painting in their possession.

It is thought to date back to the late 19th century and is worth millions.

Palizzi died in 1899 and is known especially his for paintings of genre scenes of children with animals.