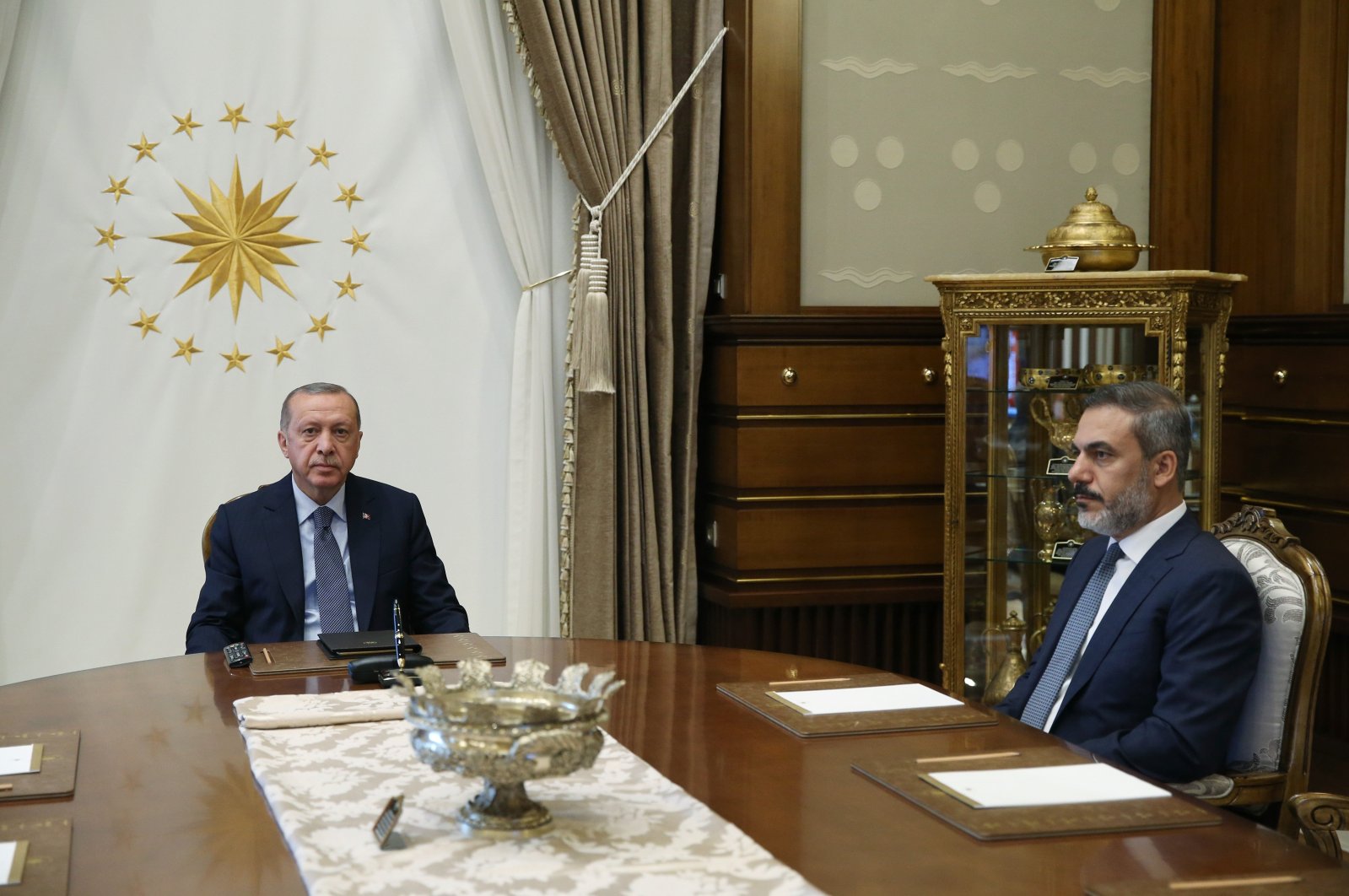 Nine years have passed since the MIT crisis, which shocked the nation and showed how deep FETÖ infiltration was in key positions of power within the Turkish bureaucracy

Turkey on Sunday marked nine years since the National Intelligence Organization (MIT) crisis on Feb. 9, 2012, as the trial of 34 defendants in the case continues.

The trial in Istanbul is related to an incident on Feb. 7, 2012, which came to be known as the “MIT plot.” In what investigators call the first attempt to harm the government, Gülenist Terror Group (FETÖ)-linked prosecutors and police officers tried to question and subsequently detain MIT Director Hakan Fidan on that day.

MIT, which plays a key role in bringing members of the terrorist group to justice following the organization's July 15, 2016, coup attempt, has frequently been targeted by FETÖ, which tried to infiltrate the intelligence service as it did the military, law enforcement and judiciary.

The 2012 incident was a plot to establish a link between the intelligence service and the PKK terrorist group through a sham investigation concocted by FETÖ-linked prosecutors and police chiefs.

Fidan did not go to the courthouse to testify, upon the instructions of then-Prime Minister Recep Tayyip Erdoğan, narrowly escaping an arrest that could have triggered a crisis. Leaked audio recordings of conversations between MIT officials and PKK members, known as the "Oslo talks," made the headlines shortly before the attempt to arrest Fidan. The talks were originally part of the government's "reconciliation process" designed to put an end to PKK violence. However, the leaked tapes ended up being fodder for anti-government propaganda, with FETÖ-linked media outlets claiming collaboration between the PKK and the government.

The trial continues at Istanbul 23rd Heavy Penal Court with accusations brought against 34 defendants, 15 of whom are at large.

The defendants include FETÖ leader Fetullah Gülen, who has been living in self-imposed exile in Pennsylvania’s Saylorsburg since 1999, high-ranking “imams” of the terrorist group and others.

The trial also includes five other defendants who are in jail for other crimes.

The 23rd Heavy Penal Court decided that the documents in the appendix of the indictment may contain confidential information concerning state secrets, national security and national defense matters, forbidding the examination of them by anyone who is not part of the panel of judges.

The lawyer representing MIT previously demanded that the trial be held in closed sessions. The panel of judges accepted it, putting a gag order in force over concerns that confidential documents might be leaked and put public safety in danger.

32 victims and 1 plaintiff in trial

The trial includes high-ranking state officials as victims and an MIT employee, identified by his initials as “M.Ö.,” as a plaintiff.

The indictment of the trial says that the FETÖ terror group was engaged in a power struggle with the Turkish government leading up to the coup attempt on July 15, 2016. FETÖ was behind the botched coup that tried to overthrow Turkey's democratically elected government and killed 251 people and injured nearly 2,200 others. The terrorist group is also accused of using its infiltrators in the police and the judiciary to launch two other coup attempts on Dec. 17 and Dec. 25 of 2013, under the guise of graft probes, in addition to sham trials launched against its adversaries using illegal or fake evidence and trumped-up charges.

Giving several examples from some sham trials organized by FETÖ, the indictment said the MIT investigation on Feb. 7, 2012, was the first-ever attempt by FETÖ to overthrow the democratically elected government of Turkey.

“It is understood that the FETÖ terrorist group sped up its efforts by trying to question MIT chief Hakan Fidan after their sham trials and conspiracies such as Ergenekon, Balyoz, Poyrazköy trials, Izmir military espionage, Tahşiye, Selam Tevhid, the Dec. 17-25 and MIT trucks cases,” the indictment said, referring to a series of investigations and trials launched by FETÖ-linked prosecutors, police chiefs and judges.

In January 2014, prosecutors affiliated with FETÖ ordered gendarmerie, also linked to the group, to stop a convoy of trucks belonging to MIT in Adana and Hatay provinces on their way to Syria, despite government orders to let the trucks pass. The supplies in the trucks were seized and the MIT agents were handcuffed and detained. The incident caused an uproar. Last year, a court ruled that the incident was a plot planned and executed by FETÖ “to harm the state” by disclosing activities of the intelligence service. A separate investigation was launched into Can Dündar, the journalist who published the photos of the trucks' contents, for his role in the plot. The investigators say the MIT truck case was an attempt to discredit the intelligence service and tarnish the government's image by accusing it of supplying arms to militants in Syria.