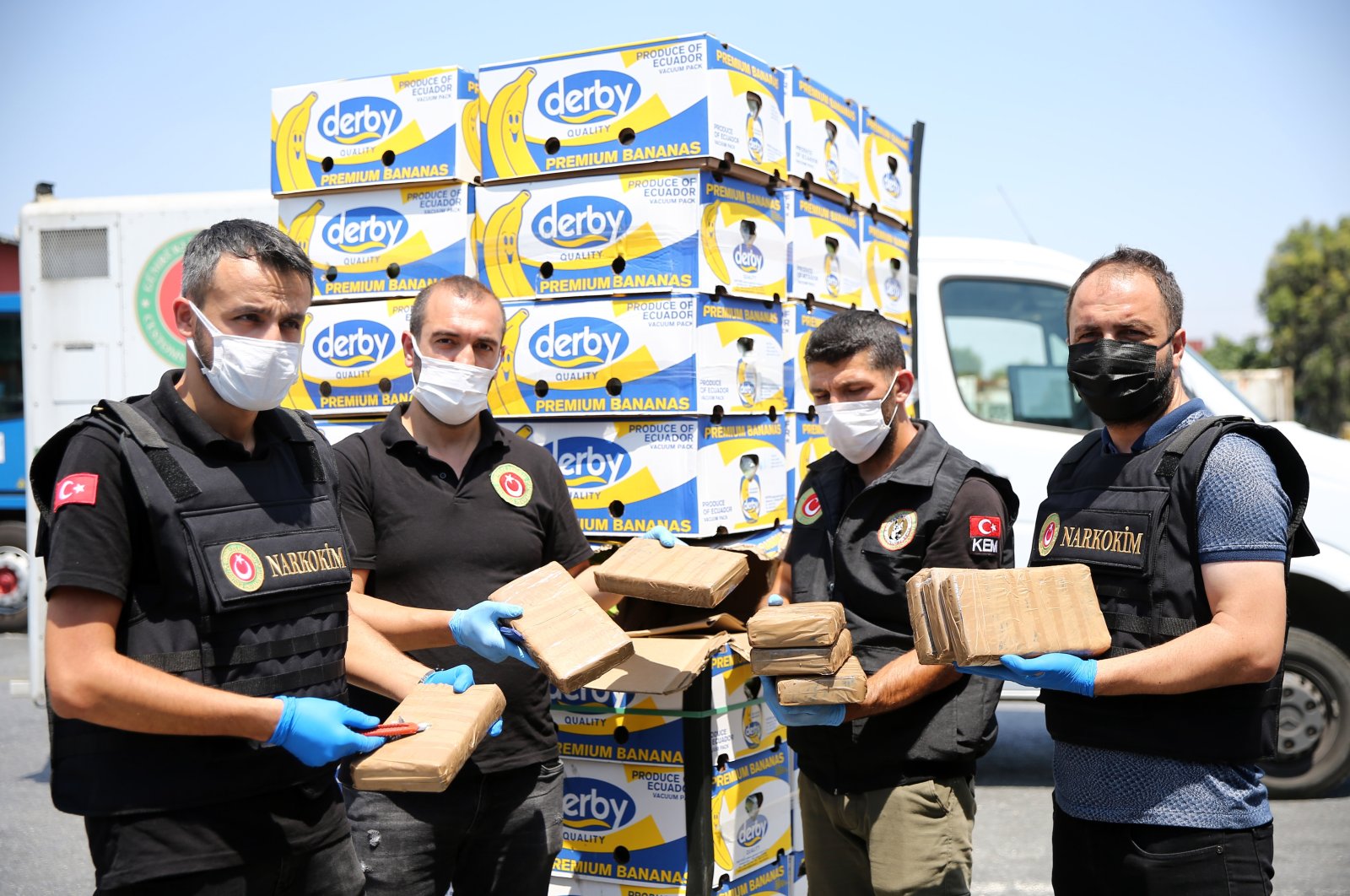 The Interior Ministry has shared the latest statistics on Turkey’s fight against drugs revealing drugs worth TL 165 billion ($18.7 billion) were confiscated in 2020. Figures from last year also show security forces conducted 158,960 operations against drug smugglers and 23,693 suspects were arrested. Also in 2020, 314 people died of drug consumption, a number previously given as 239.

Minister Süleyman Soylu tweeted graphics related to counter-narcotics operations late Sunday and pointed to an increasing number of seizures. The minister said that the value of drugs seized in 2011 was TL 2.1 billion and this increased to TL 69 billion in 2019. Similarly, the number of counter-narcotics operations were increased from 66,955 in 2011. On drug-related deaths, Soylu said the number of people who died was 342 in 2019 and this number dropped to 314 in 2020. Arrests also substantially rose in operations, from only 8,770 in 2011.

Last week, customs officers and police managed to confiscate more than a ton of cocaine in a record bust in southern Turkey, aboard a vessel traveling from South America.

The country is ramping up efforts against "narco-terrorism" which the PKK terrorist group profits from.

Turkey, a transit route in drug smuggling between Asia and Europe, is fighting a decisive battle against the drugs proliferating in the country. South America is the primary source of cocaine and similar drugs smuggled into the country, for both domestic use and as a transit point for smuggling to Asian countries.

In 2020, counter-narcotics police conducted 140,000 operations and seized 20 tons of marijuana, 11 tons of heroin and 800 kilograms of cocaine. Customs officers at the country's borders and ports, seized 9.7 tons of drugs last year. In the country's southeast where the PKK terrorist group profits from the cultivation of cannabis, millions of cannabis plants were seized and destroyed.

Also in 2020, the government had launched a reward scheme for people providing tips on the production or mass distribution of drugs. Informants will be awarded up to TL 500,000 depending on the amount of narcotics seized. Information leading to the seizure of heroin and cocaine are being paid the highest at TL 60,000 per kilogram, while marijuana seizure fetches a reward of TL 15,000 per kilogram.