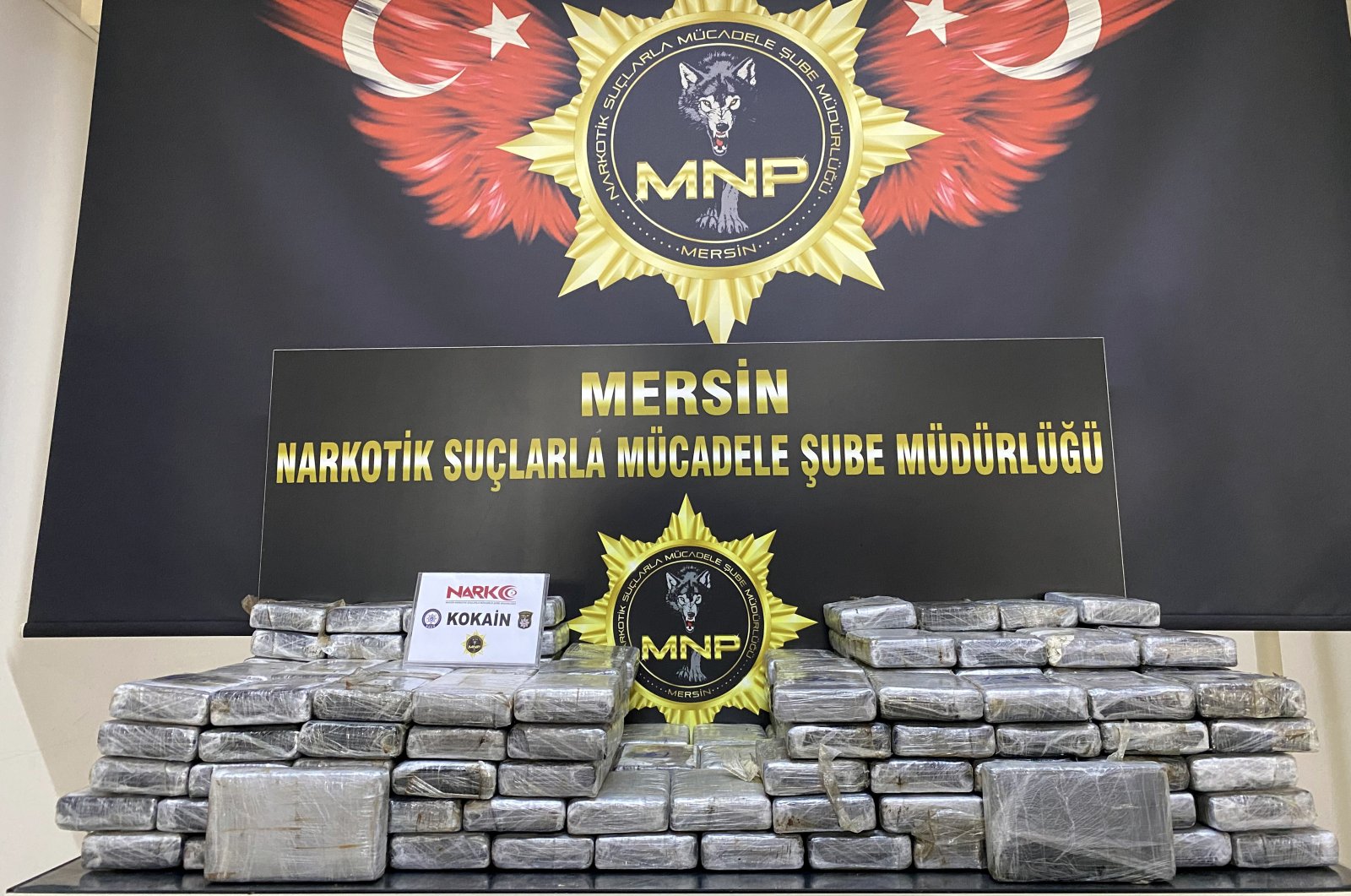 Turkish authorities have seized 220 kilograms (485 pounds) of cocaine from a ship that arrived in the southern port of Mersin, Anadolu Agency (AA) said in a report late Tuesday. According to the report, the ship set sail from Brazil. Security forces detained two suspects, the agency also reported.

The shipping container carrying the cocaine was taken to another ship at a port in Spain to avoid detection. The drugs were found hidden in 200 packages inside packs containing the vessel’s declared cargo of A4 papers. The operation was a result of an investigation into U.U., a suspect living in the Netherlands. Acting upon intelligence that he would ship drugs to Mersin, police started monitoring him and his collaborator M.N.Y. in the southern province of Adana in August. M.N.Y was captured during the operation while U.U. was captured at Adana Airport where he was trying to board a flight. Police sources told media outlets that the suspects planned to ship cocaine to Europe from Mersin.

Turkey has been successful in drug seizures but the country still remains a popular route for drug smuggling to Europe. It also fights the domestic consumption of drugs.

On Sept. 25, security forces raided another vessel traveling from Colombia at the Mediterranean port of Iskenderun in the southern province of Hatay. They found 5 kilograms of cocaine aboard the Portuguese-flagged ship carrying coal and detained all six crewmembers.

Last June, Turkey conducted its largest narcotics operation and detained 67 people in "Operation Swamp" that targeted a gang with international connections in Brazil and the Netherlands.