Turkey seizes over 40 kg of heroin in eastern Ağrı province 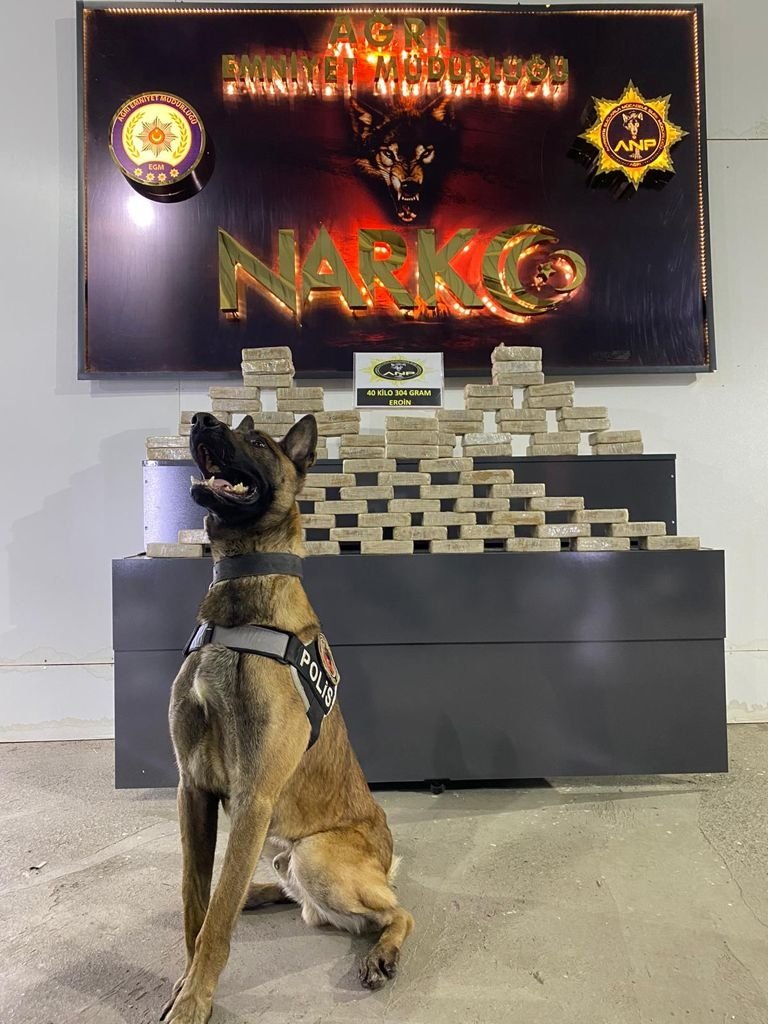 The heroin was confiscated from a vehicle that was stopped at a checkpoint in the city center of the province, said the source on condition of anonymity due to restrictions on speaking to the media.

The heroin, hidden in 80 packs, was seized in an operation assisted by sniffer dogs and four suspects were arrested.

Turkey has been successful in seizing drugs, but the country still remains a popular route for drug smuggling to Europe.

Last June, Turkey conducted its largest narcotics operation and detained 67 people in "Operation Swamp," which targeted a gang with international connections in Brazil and the Netherlands.