Turkey’s international operation, largest of its kind, cracks down on drug network 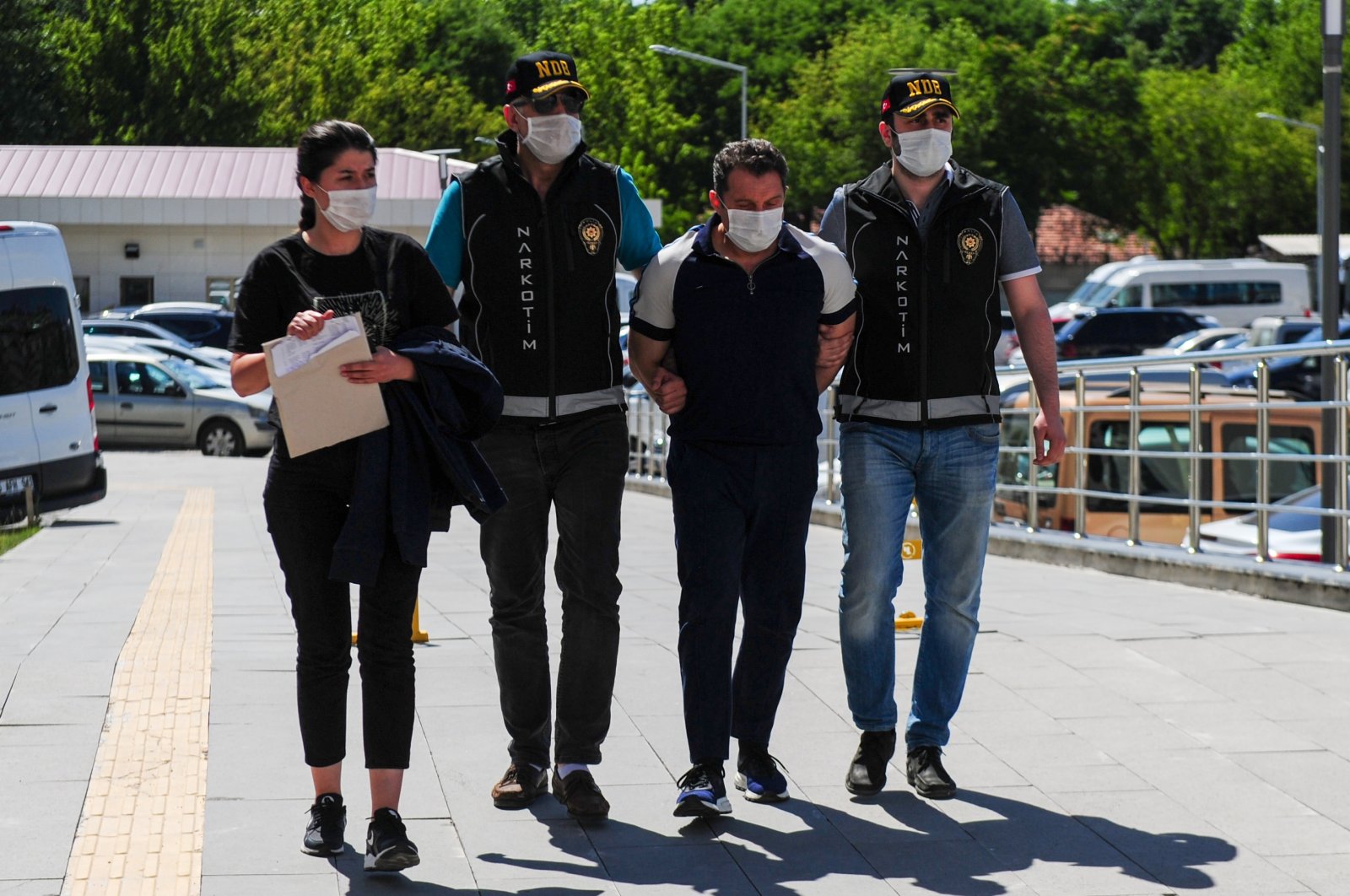 'Operation Swamp,' dubbed Turkey's largest-ever narcotics operation by authorities, netted dozens of suspects, the Interior Ministry announced, dealing a blow to a network of suspects in nine countries who raked in millions from the drug trade

Some 67 out of 94 suspects were detained in “Operation Swamp,” according to the minister. A drug lord convicted and jailed in the 1990s was among those captured, while the investigation also disclosed the network’s links to the Gülenist Terror Group (FETÖ).

Soylu noted that the operation has been planned for around a year to target narcotics and narcotics-related funds.

Nine countries, including the Netherlands, Belgium, Spain, Italy, Chile, Ecuador and Brazil, cooperated in the operation.

“The organization has two top bosses, one of whom is in Brazil and the other is in the Netherlands and is sought with a 26-year-old Interpol Red Notice,” Soylu said, adding that he personally came to the Anti-Narcotics Crimes Department to follow the developments in the morning.

Media outlets named two leaders of the gang as Nejat Daş and Çetin Gören. Gören is reportedly the suspect sought by Interpol Red Notice. Daş was arrested in May near Istanbul by police tracking down a truck smuggling cash into Turkey from Germany. Once named Turkish Escobar, Daş was the prime suspect in another major counternarcotics operation in 1992. A vessel reportedly carrying more than 3 tons of morphine was deliberately sunk by its crew off the coast of Cyprus that year and his name was identified in that incident, though it took another year for him to be captured and jailed for his link to another ship intercepted while carrying a large haul of drugs.

Soylu said the Chief Prosecutor’s Office in the capital Ankara was coordinating the operation, which was also carried out in 11 cities in Turkey.

Officials provided photos and videos of the operation to the media. A video shows the lavishly decorated office of one suspect – Çetin Gören, according to media sources – and stacks of cash found in the office, along with a large cache of weapons and $1 bills with serial numbers starting with F. Although authorities did not make a statement on the bills, they are associated with FETÖ, which was behind the July 15, 2016 coup attempt in Turkey. Investigations after the coup attempt discovered many of the putschists carried the bills, and they served as an item for secret members of the group to recognize each other, through the letter F in the serial number, referring to the group’s leader Fetullah Gülen.

Authorities say that the network of suspects was behind the shipments of drugs seized by authorities on various dates, from tons of heroin captured in 1993 to more than 18 tons of cocaine seized in 2012, as well as 20 tons of heroin and ecstasy pills captured aboard a vessel in 2016. The report says the network also financed FETÖ. The same report says suspects had connections to 16 companies and used couriers to smuggle cash they earned from drug trade into Turkey. More than 953,000 British pounds ($1 million) and 311,500 Danish krone ($46,944) were seized during the operation from couriers trying to smuggle them into Turkey. Authorities also seized more than TL 52 million and more than $1.3 million during the operations, according to the report.

Turkey reported progress in drug seizures in recent years and stepped up cooperation with other countries against smuggling. The World Drug Report 2020 released by the United Nations Office on Drugs and Crime (UNODC) last week highlights Turkey’s success in drug seizures but warns that the country remains a popular route for drug smuggling to Europe. The report, based on 2018 data, says the largest total quantity of heroin seized by a country that year was in Iran, followed by Turkey, the U.S., China, Pakistan, Afghanistan and Belgium. Turkey seized 0.7 tons of opium, 0.4 tons of morphine and 19 tons of heroin in 2018. According to the report, Turkey seized 62% of heroin and morphine in the region outside Asia. Turkey continued to account for the bulk of heroin and morphine seized in eastern and southeastern Europe – with 95%.

Yet, Turkey remains a part of what UNODC calls the world’s single-largest heroin trafficking route known as the “Balkan route.” The route is used for opiates from Afghanistan to be transferred to western and central Europe.

An increasing crackdown on drugs helped Turkey deal with "narcoterrorism," or profits for terrorist groups from the drug trade, Turkish officials say. Narcoterrorism profits the PKK, an internationally recognized terrorist group that has pursued a campaign of violence against Turkey since the 1980s. The PKK terrorist group earns $1.5 billion from drug trafficking annually, according to the Turkish National Drug Report for 2018. The PKK controls about 80% of the drug trade in Europe, according to Soylu.