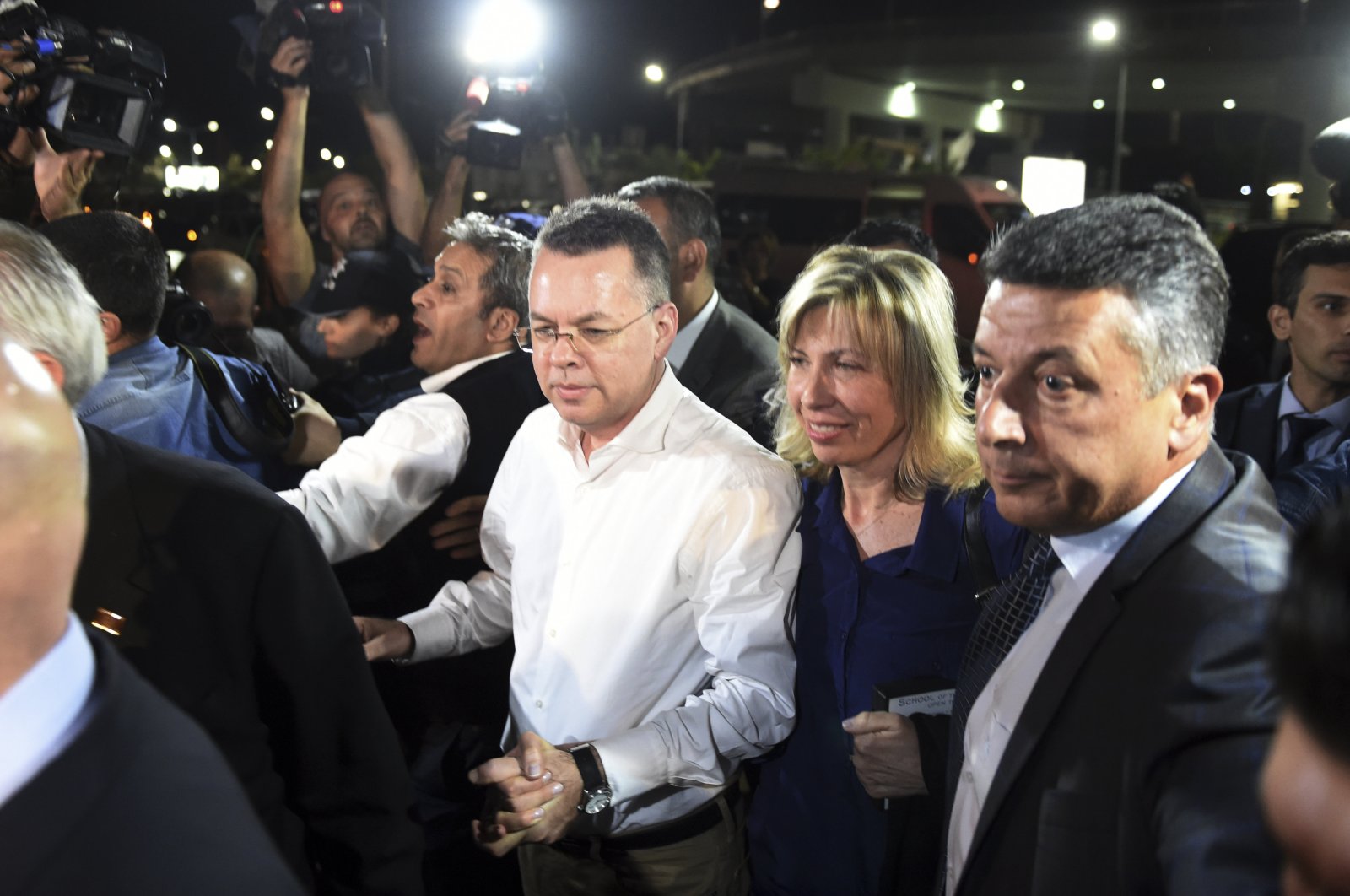 The Constitutional Court of Turkey (AYM) on Thursday overturned U.S. pastor Andrew Craig Brunson's appeal over alleged rights violations, calling it "inadmissible." The religious figure was convicted of having ties with terrorist groups.

Brunson, who stoked tensions between the United States and Turkey after he was arrested in 2016, was released in July 2018. He was charged with being associated with the Gülenist Terror Group (FETÖ) and the PKK as well as espionage. Prosecutors had asked up to 35 years in prison for the pastor, who was running a church in the western province of Izmir before his arrest. The court had sentenced him to three years in prison on charges of aiding a terrorist organization but lifted his house arrest and ban on international travel. He left for the U.S. in October 2018. A higher court upheld the sentence while the verdict was appealed. The case is still being examined by the Supreme Court of Appeals (Yargıtay).

The pastor brought his case to the AYM, saying his arrest, which was later downgraded to house arrest, was unlawful, his time in custody exceeded the legal limit of detention and his right to freedom was violated. The AYM came to its verdict as Brunson had missed the 30-day appeal deadline. It said the allegations of unlawful detention and the detention exceeding the reasonable period were inadmissible due to the statute of limitations, arguing that there was legal basis for Brunson's house arrest.

The AYM said the lower court's ruling calling for the arrest of Brunson was justifiable due to the strong evidence supporting the allegations against the pastor. “It is easier for suspects charged with crimes related to terrorist groups to flee and accommodate abroad,” AYM ruled in its verdict, saying judiciary control measures against Brunson were not “disproportionate.”