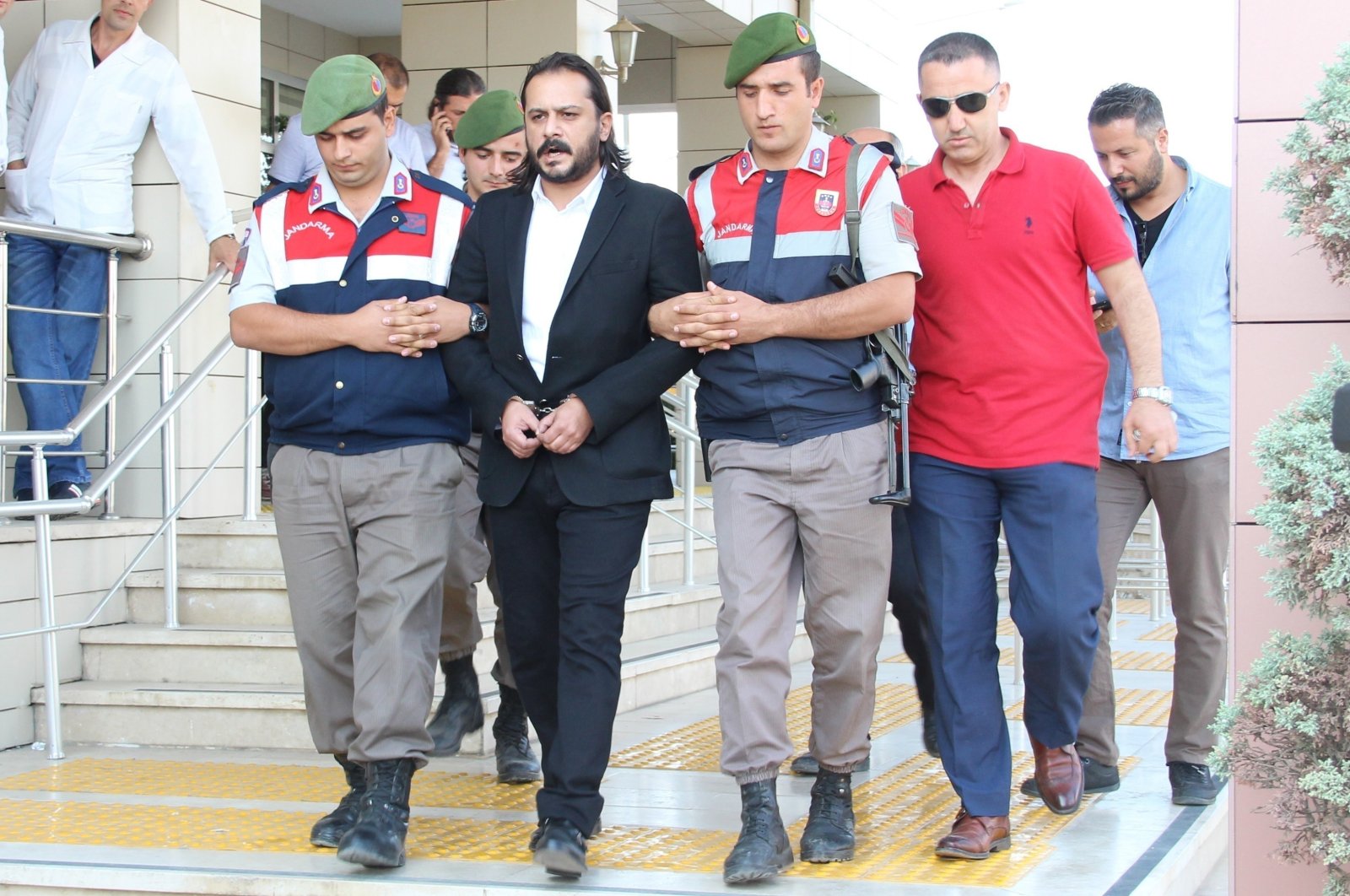 Writer Emrah Serbes is escorted out of a court by gendarmerie officers in Izmir, Turkey, in this undated photo. (IHA Photo)
by DAILY SABAH Sep 18, 2020 3:29 pm

An Izmir court on Friday ordered famous writer Emrah Serbes to pay TL 1.4 million ($185,000) for emotional damages after causing a car crash that killed a married couple and their 16-year-old daughter in 2017.

The court ordered Serbes to pay surviving family member Mert Özçelik TL 1.1 million for the emotional distress caused by the deaths of his parents and TL 300,000 for his sister's death.

Serbes was sentenced to 13 years and four months in prison in 2018 following a highly sensationalized case. His appeal of the sentence was rejected last year.

After initially fleeing the scene following the crash that occurred on a highway near Izmir’s Torbalı district, Serbes later turned himself in to the police.

Sebes at first tried to pin the crash on his friend, who was traveling with him at the time, saying he was not driving when the crash occurred, but later on, he confessed he was behind the wheel. Serbes, however, rejected claims that he was driving under the influence despite police officers finding an empty whisky bottle and several beer cans inside the car.

He found fame as a writer after his novels featuring a fictional police detective, Behzat Ç., were adapted into a highly popular TV series.