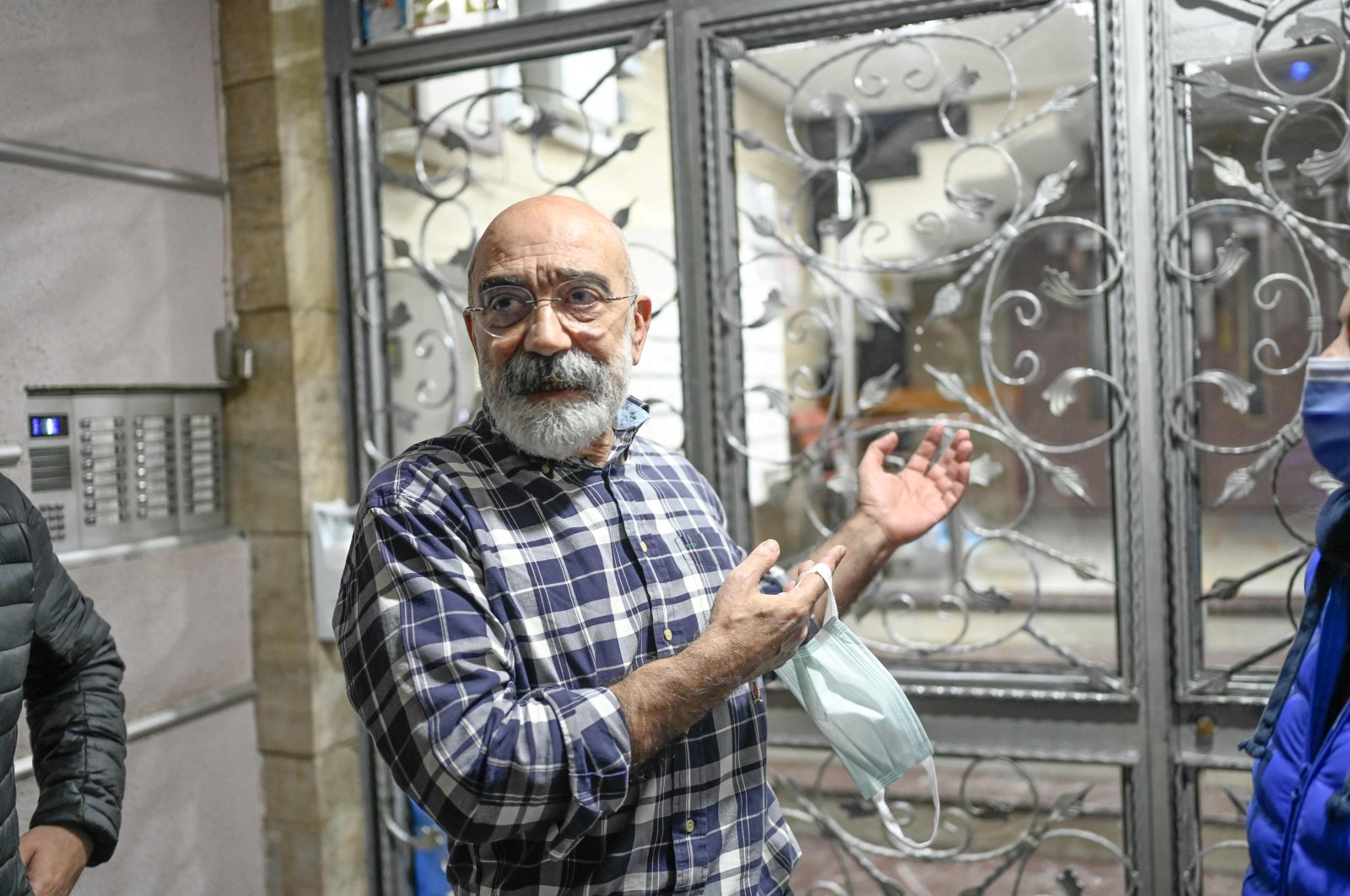 The former editor-in-chief of the Gülenist Taraf daily Ahmet Altan was released Wednesday by Turkey’s top appeals court, which overturned a verdict against him following a ruling by a European court that his rights had been violated.

The Supreme Court of Appeals overturned the decision on Altan and Nazlı Ilıcak, who were sentenced to prison over their links to the Gülenist Terror Group (FETÖ).

Ilıcak had been sentenced to eight years and nine months and Altan had gotten 10 years and six months in prison for aiding the terrorist group, which was behind the 2016 defeated coup in Turkey

According to information obtained by Anadolu Agency (AA), the court, also known as the Court of Cassation, ruled to overturn the decisions on both defendants after its appellate review.

In its ruling on Altan, the court took the time he had already spent in detention into account. The decision was also made on the grounds that a reduction mandated in the Turkish Penal Code (TCK) had not been applied.

Later in the day, Altan was discharged from the Silivri Prison in Istanbul province.

The European Court of Human Rights (ECtHR) ruled on Tuesday that Altan's right to liberty and security, as well as his freedom of expression, had been violated.

Ahmet Altan is a novelist and journalist who worked for Hürriyet and Milliyet newspapers before founding Taraf, a newspaper that had been a mouthpiece for FETÖ before it was closed down in July 2016.

Altan, who was the former editor-in-chief of the newspaper, was arrested on Sept. 22, 2016, over a speech he made at a TV show aired on the Gülenist-linked Can Erzincan TV on July 14, 2016, a day before the July 15 coup attempt.

In his speech, Altan had implied that a coup was imminent. Mehmet Altan, his brother and an academic, joined the same show and made similar remarks.

Taraf was known as a mouthpiece for Gülenists both during the time of the notorious sham trials – including the Ergenekon and Balyoz coup plot cases targeting officers of the Turkish Armed Forces (TSK), perpetrated by the infiltrators of the terrorist group in the judiciary and police – and after the state launched a crackdown on Gülenists in 2013.

FETÖ and its U.S.-based leader Fetullah Gülen orchestrated the defeated coup of July 15, 2016, which killed 251 people and injured nearly 2,200 others.

Very happy to hear #Turkey's Court of Cassation has just ordered the release of novelist #AhmetAltan after more than 4,5 years in jail! Will be even happier after seeing him enjoying fully his freedom and all charges dropped. Hope all other @ECHR_CEDH rulings will be applied too.