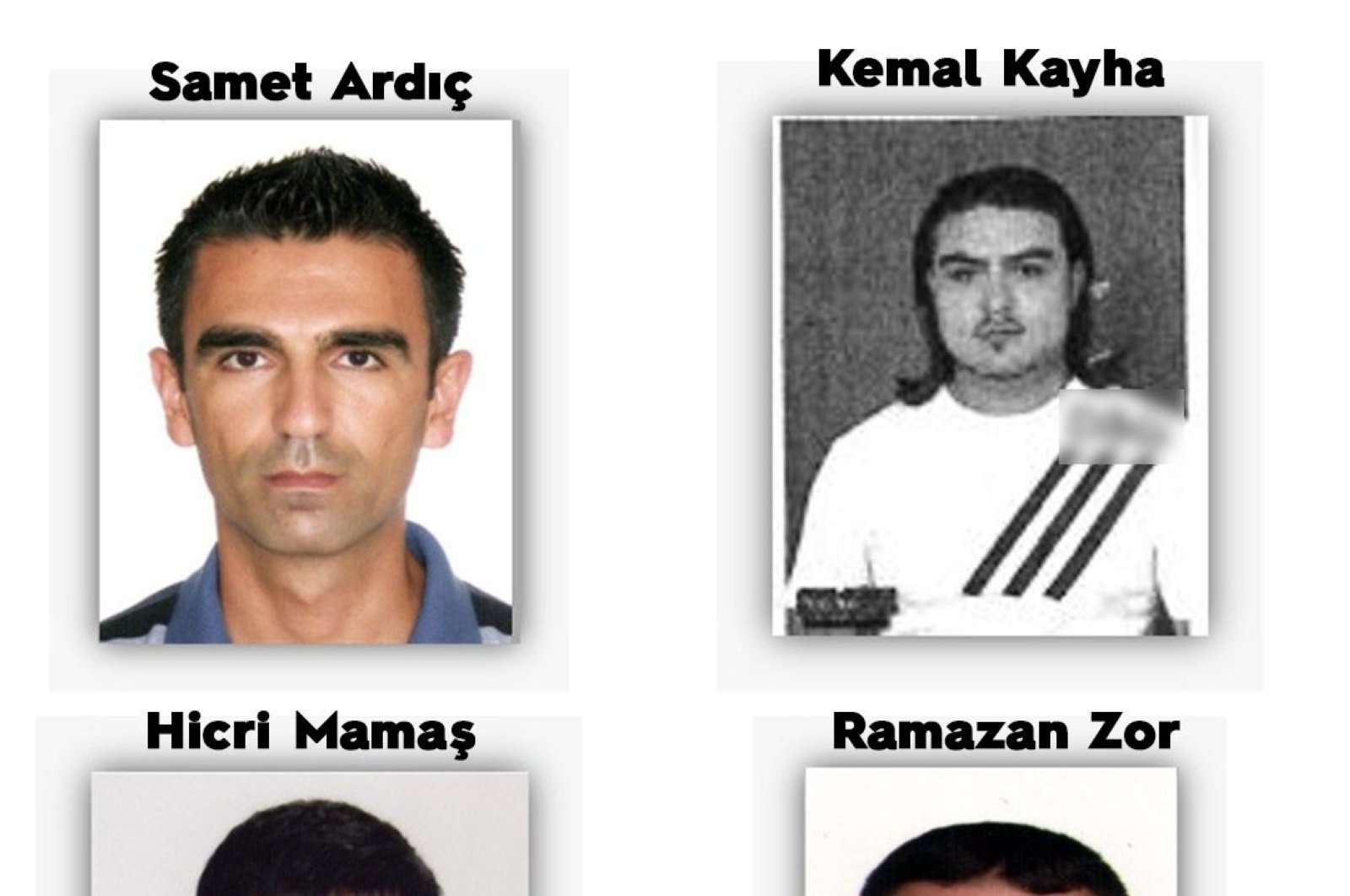 The Turkish Interpol police launched simultaneous operations in Belarus, Kyrgyzstan and Netherlands and captured four suspects, the Turkish National Police announced on Friday. The suspects were brought to Turkey on Thursday, a police statement said.

All suspects, wanted for different crimes, had outstanding red notices for Interpol. In Belarus, Hicri Mamaş, a PKK terrorist who goes by alias Bedran Cudi, was captured. Mamaş, who fled to the country with a fake ID, was posing as an activist for a Turkish political party linked to the terrorist group. Mamaş, who had an active role in the terrorist group’s camps in Northern Iraq, was charged with delivering guns to sympathizers of the terrorist group before their attacks on security forces in southeastern Turkey in 2015.

Kemal Kahya and Ramazan Zor were captured in the Netherlands. Kahya was wanted for smuggling drugs to Turkey. Zor, who was captured with 17 kilograms of drugs in the eastern Turkish province of Elazığ earlier, had fled to Netherlands.

Samet Ardıç, another wanted suspect, was captured in Kyrgyzstan. Ardıç was wanted for sexual abuse of an underage girl in 2010 in the southwestern Turkish town of Bodrum.