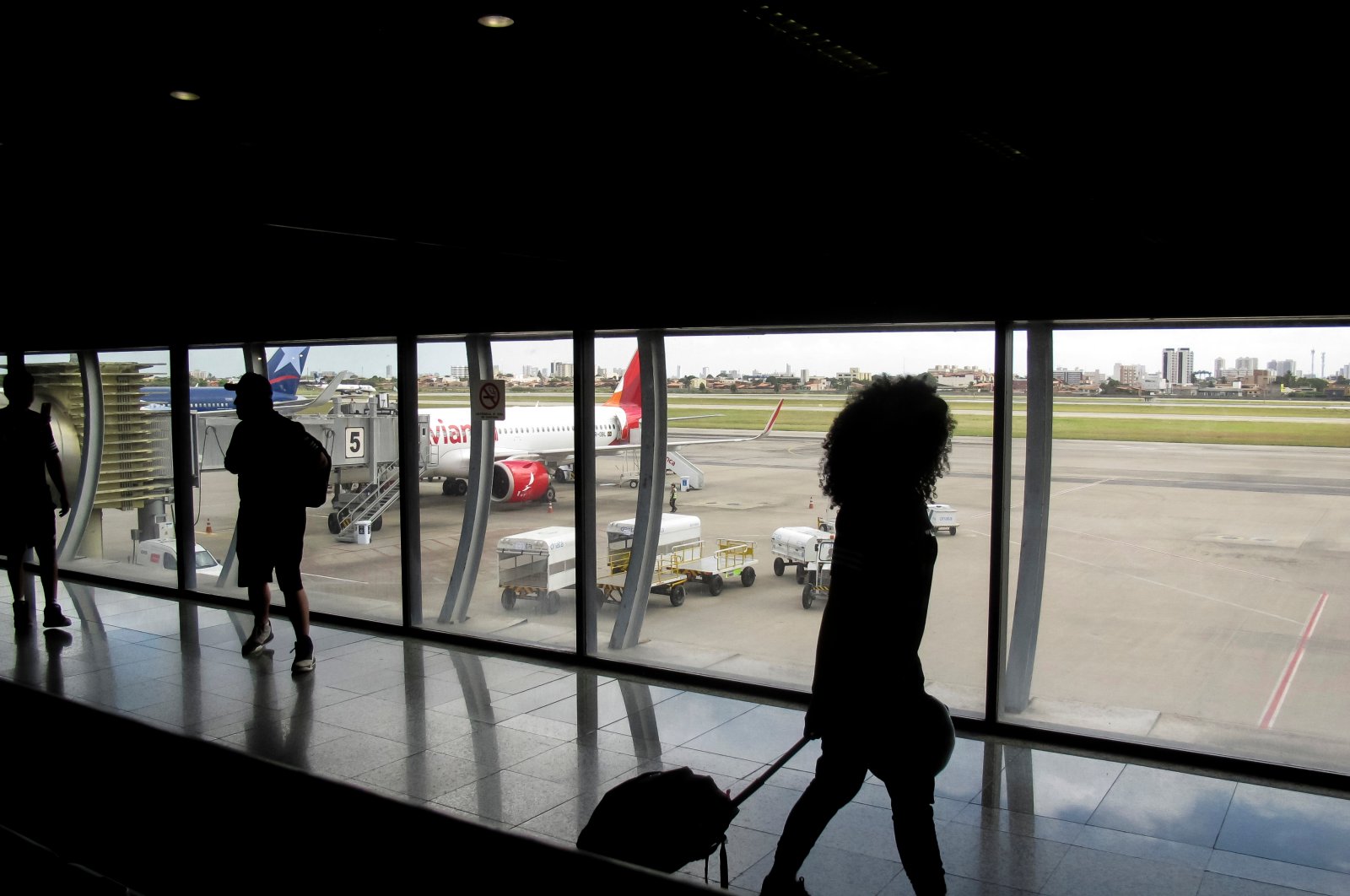 A view of Fortaleza Airport, where the aircraft carrying drugs was intercepted, in Fortaleza, Brazil, Jul. 28, 2018. (Shutterstock Photo)
by Daily Sabah with Agencies Dec 28, 2021 1:34 pm
RECOMMENDED

Turkish police on Tuesday raided the offices of an airline company and detained seven suspects in connection with the seizure of cocaine aboard a private jet owned by the company last August in Brazil. Among the detained suspects was Ş.Ö., the owner of the company. Police conducted searches at the offices and residences of the suspects and seized a large trove of documents.

A private jet set to depart for Lisbon (or Brussels, according to differing accounts reported by Turkish media) was intercepted by Brazilian authorities on Aug. 4 at Fortaleza Airport in the eponymous Brazilian city. Security forces had discovered 1.3 tons of cocaine inside 24 suitcases aboard the aircraft. The suitcases allegedly belong to a Spanish passenger identified as A.V. The passenger and the plane's Turkish pilot V.D. were arrested. Prosecutors in Istanbul had launched an investigation into the incident at the time of the arrests. Turkey had sought the extradition of V.D. from Brazil while the suspect was released. V.D. was detained at Istanbul Airport on Dec. 26 upon his return to Turkey, media outlets reported.

Brazil has become one of the top suppliers of cocaine to Europe, according to a Reuters report from 2020. The report says Brazilian gangs are now integral players feeding Europe’s cocaine market, valued at more than 9 billion euros ($10.15 billion), according to a Reuters analysis of customs data on cocaine seizures, confidential intelligence reports and research studies on illegal drugs; and interviews with more than two dozen people, including law enforcement agents, public officials, diplomats, anti-narcotics experts and people involved in the illicit trade.

Turkey itself occasionally intercepts vessels from Brazil carrying drugs. Last year, 220 kilograms (485.02 pounds) of cocaine was seized from a ship from the South American country in southern Turkey.