Turkish police seize nearly a ton of marijuana in Diyarbakır, 200 kgs of heroin in Van 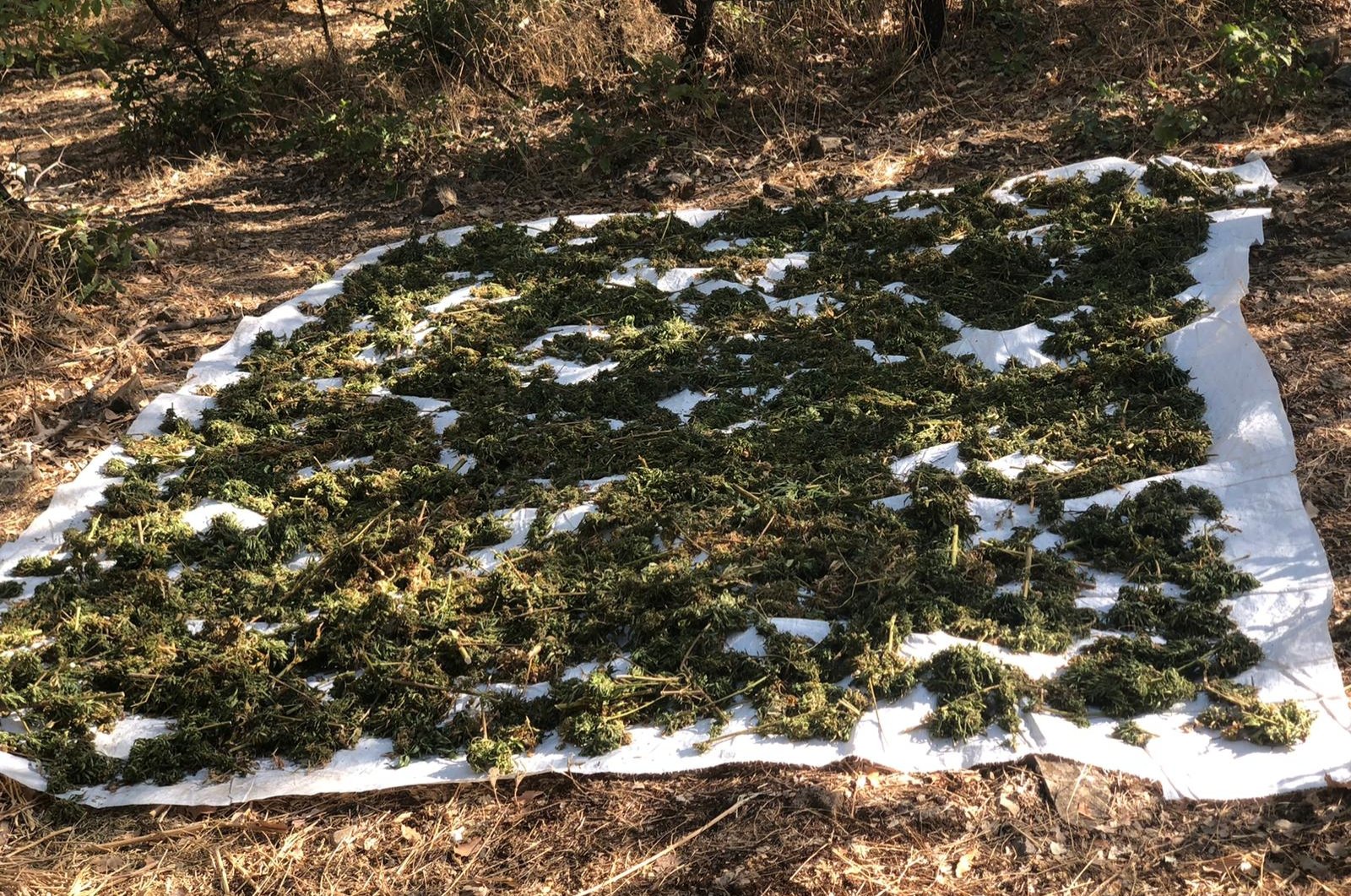 Nearly 1 ton of marijuana and hundreds of thousands of cannabis roots were seized in southeastern Turkey, officials said Sunday.

According to a statement from the governor's office, gendarmerie forces seized 994 kilograms (2,190 pounds) of marijuana and more than 247,000 cannabis roots during raids at 30 different locations in Lice, in eastern Diyarbakır province.

The raids were part of an ongoing anti-terror operation in the area, the statement said and added that the plants were burned at the scene.

The operation against “narco-terrorism” aims to shed light on drug smugglers and producers working with the PKK terrorist group, which has long been active in Diyarbakır and the wider southeastern region.

A Turkish police report released last year said the terrorist group produces heroin in laboratories in its camps in northern Iraq to sell to Europe.

The PKK has reportedly financed acts of terrorism through the illegal drug trade as early as the 1980s, with Interpol estimating that up to 80% of the European illicit drug markets are being supplied by PKK-controlled trafficking networks.

The terrorist group, which is recognized as such by Turkey, the U.S. and the European Union, is behind a terror campaign against Turkey under the guise of fighting for Kurdish self-rule. It has been responsible for the deaths of over 40,000 people in attacks concentrated in southeastern and eastern Turkey. Turkish authorities have been confiscating narcotic shipments owned or operated by the PKK since the 1980s.

In a separate drug bust, police forces in eastern Van province seized over 282 kilograms of heroin in two raids on Sunday.

According to the police, who acted on an anonymous tip, 122 kilograms of heroin were seized from a truck trying to smuggle the narcotics into the country.

Police said the truck driver provided leads to a second stash, where 161 kilograms of additional heroin was found. At least three people were detained in the operations.