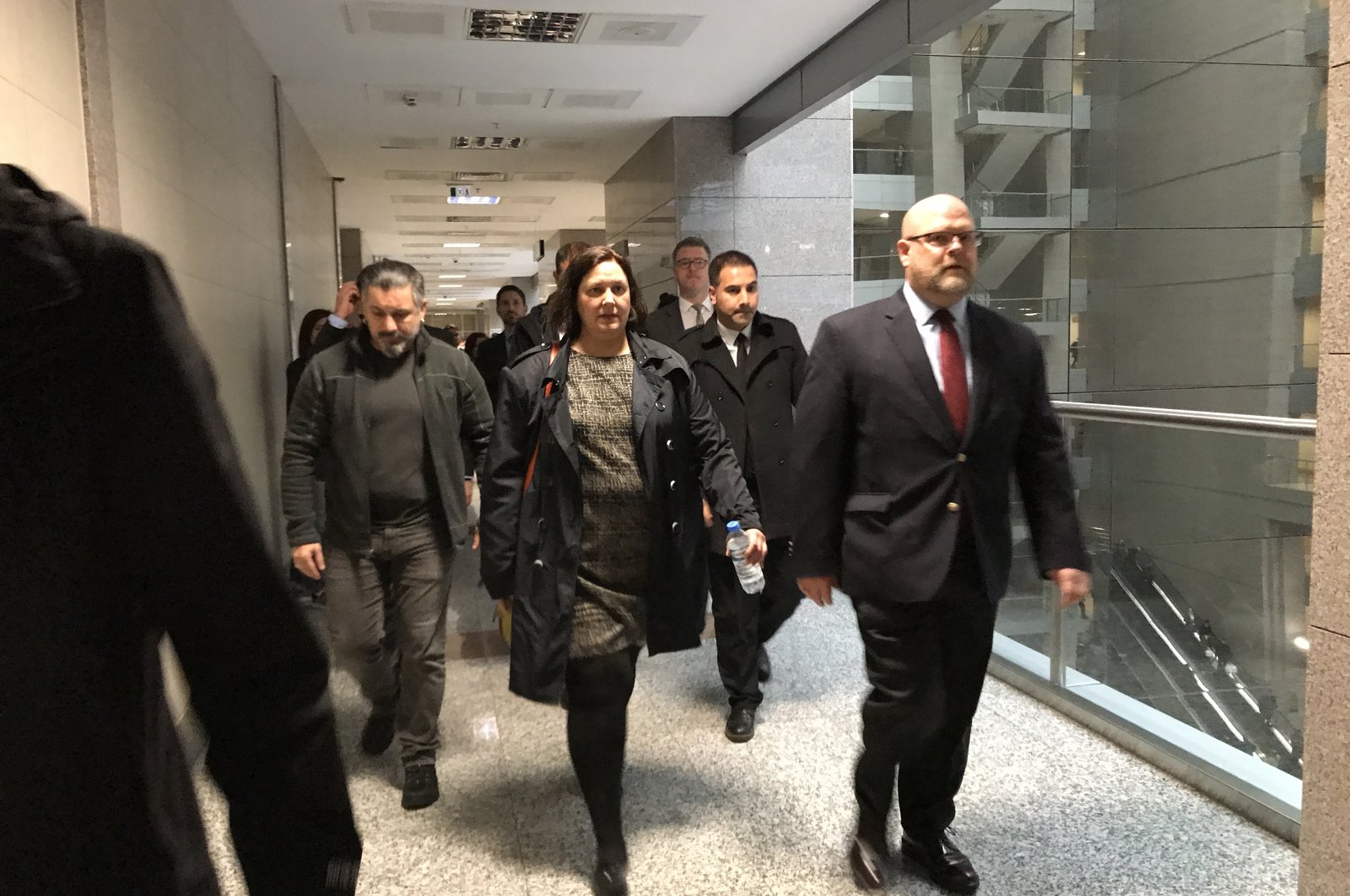 U.S. Consul General Daria Darnell (C) and Charge D'Affaires of the U.S. Embassy in Ankara Jeffrey Hovenier (R) in the courthouse where the trial of Metin Topuz would be held, Istanbul, March 10, 2020. (Photo by Fatih Ulaş)
by Daily Sabah with Wires Jun 11, 2020 2:24 pm
RECOMMENDED

A Turkish court on Thursday sentenced a member of staff from the U.S. Consulate-General in Istanbul, Metin Topuz, to eight years and nine months in prison for aiding and abetting the Gülenist Terror Group (FETÖ).

Topuz, a Turkish translator for the U.S. Drug Enforcement Agency (DEA) at the consulate, was arrested in 2017 following FETÖ’s 2016 coup attempt.

He was charged with membership in the terrorist group, with the prosecutor having previously asked for a prison term of between seven to 15 years.

Prosecutors had earlier sought up to 35 years in prison for Topuz on charges of espionage and links to FETÖ. The indictment accuses Topuz of being in frequent contact with police chiefs and prosecutors wanted or jailed for membership in the group, including officers who spearheaded FETÖ’s first coup attempt in December 2013 that sought to implicate people close to the government on false corruption charges.

The prosecutor said Topuz was also in contact with Zekeriya Öz, the fugitive prosecutor behind FETÖ’s infamous sham trials that led to the imprisonment of hundreds the terrorist group saw as a threat on trumped-up charges.

Topuz has also been linked to Adil Öksüz, one of the fugitive masterminds of the 2016 coup attempt. Öksüz, a key FETÖ figure, was in touch with Topuz according to eyewitness accounts included in the indictment. Öksüz was allegedly a "handler" for Topuz on behalf of the terrorist group.

Another eyewitness, who also worked as an informant for the DEA, said Topuz introduced him to Öz in 2008 and tried to have him serve as a "secret witness" in the Ergenekon operations. Ergenekon was the name of a gang concocted by FETÖ-linked prosecutors and police chiefs to imprison critics of the terrorist group.

Since the coup attempt, 19,583 officers have been expelled from the army and 4,156 others face criminal proceedings for involvement in the coup attempt and ties to the terrorist group.